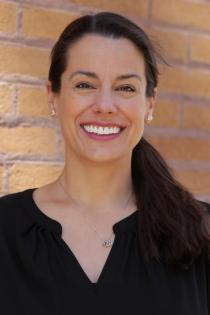 Senate Republicans in the state Legislature are moving to strip Democratic Secretary of State Katie Hobbs of some of her key powers over elections. And Hobbs is calling it retaliation.

The proposal, which is packaged with the budget, would take away Hobbs' ability to defend election lawsuits through the remainder of her term. Instead, it gives that power to Republican Attorney General Mark Brnovich.

Hobbs, as secretary of State, is Arizona’s chief elections officer, and she told CNN the move is unconstitutional.

“It is blatantly unconstitutional. The Legislature is trying to strip me of duties that are assigned in our state’s constitution, and they just cannot do that," Hobbs said.

The measure comes after Hobbs filed a complaint about Attorney General Brnovich and members of his staff to the state bar, accusing them of advising her office in a lawsuit and then, later, intervening on the other side.

But some Senate Republicans said that’s exactly why the measure is necessary.

Amy Chan served as elections director under former Republican Secretary of State Ken Bennett, and she now serves on the Clean Elections Commission. And she has concerns about the move.

The Show spoke with her to learn why.