Another Avenue from Ryan J. Krebs on Vimeo.

A new documentary about Central Avenue in Phoenix was released last month.

It’s an intimate portrait of an ever-changing landscape told in first-person narrative.

The film also includes poignant, pop-up interviews of people trying to make a living along one of the city’s longest thoroughfares.

“Another Avenue” is a master’s thesis project by Arizona State University (ASU) student Ryan Krebs. He shot the documentary over two weeks this winter while walking up and down Central Avenue.

“It was supposed to be a directional film. I was supposed to move from South Mountain to North Mountain. And then, I was like, ‘Oh, which way does a river flow in Phoenix. Let me follow that path.’ And then, I was like, ‘No. I’m getting way too into this. I need to just analyze this from the way I’m experiencing it,’” said Krebs, speaking in a recent debrief about the film, which is a self-exploration of existential questions about how people interact with a landscape. 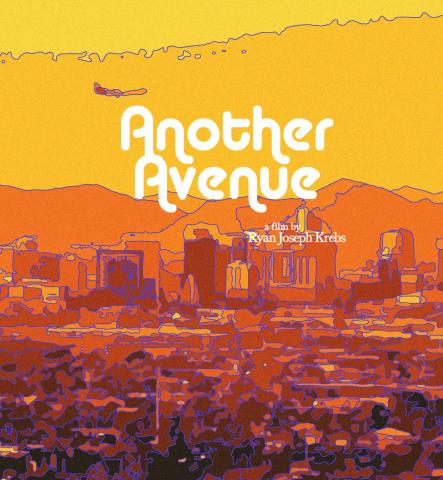 Ryan Krebs/2021
Another Avenue is a 2021 original film by ASU graduate Ryan Krebs that explores life along Central Ave in Phoenix.

“This makes me wonder how long any map can retain its meaning in the face of time. Can we create a cartography of change? And what would that map look like?” asks the narrator, who is not Krebs.

Although the documentary represents a personal journey, Krebs chose the voice of M. McDonough, “because there was a certain timbre to their voice that was both contemplative and also superseded an obvious gender category. In some ways, I wanted the narrator to feel like a voice inside the audience's head, so that they could let themselves be eased into the Phoenix I was about to show them,” he said.

The documentary also chronicles people who relay their experience with growth in the city, including shop owners, hikers, political activists, and people who are directly affected by construction.

“They put the tractors and the big cars directly in front of my business. They’re hiding me,” said a South Phoenix car tinting business owner whose shop has been negatively affected by the light rail expansion construction. 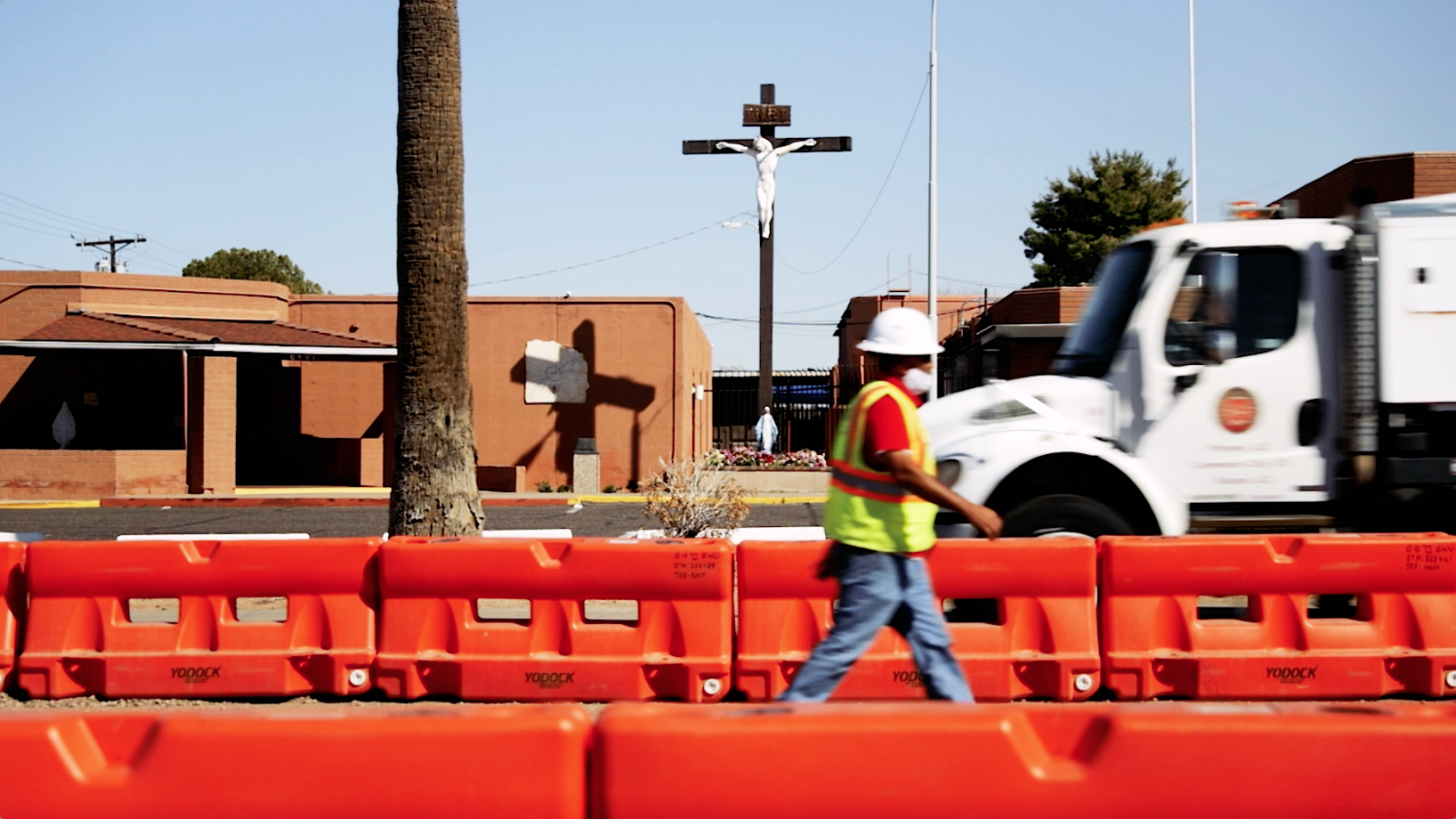 Krebs said those pieces were chosen to carry the sensitivity of a lullaby, “and in a Brechtian sense I thought they helped lull the audience into a state of contemplation without becoming overly sentimental.” Jose Salazar, who performed the piano pieces is a graduate student and teacher in ASU's Spanish department.

According to Krebs, “The Dencausse piece entitled, ‘Pajaro Triste,’ takes on the ‘sad bird’ aspect of the Phoenix, which can only continue its cycle of life through molting, dying and coming back once again. This felt eerily accurate for the depiction of Phoenix as a city which is constantly changing, destroying itself and rebuilding over the remains.”

The actual filming of the documentary took two weeks, from the end of February to the beginning of March and Krebs spent the rest of the time until late April in post-production. 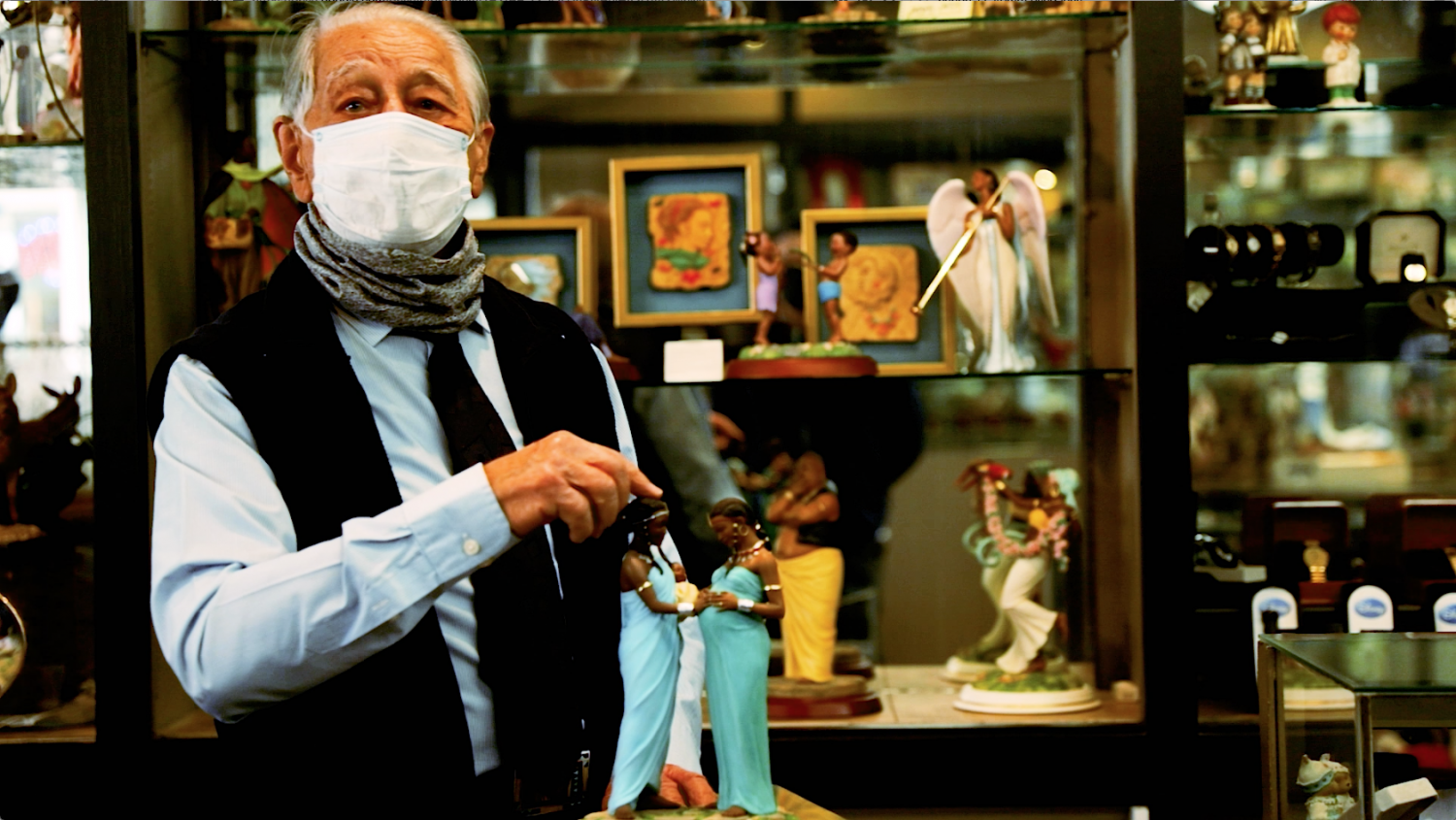 Ryan Krebs/2021
Michael, 101 years old, of Michael's Jewlery explains the story behind one of the many pieces of collectible artwork in his store.

Krebs said he, “really wanted the film to bring attention to the fact that although we all know Central Avenue as a physical thing–a stationary avenue of transportation that is there for us whenever we need it–there is something unique and subjective about each of our experiences with it. ‘Another Avenue’ implies a continuation of avenues, a never ending compilation of ideas and experiences surrounding Central Avenue that have been accumulated by thousands of individuals. However, in the world of the film, these unique experiences become a collaborative experience, and Central Avenue itself becomes a unifier, a constant stream that connects a wide range of different neighborhoods and groups of people.”

And during his research, Krebs found a particularly personal symbol when examining the etymology of the word "avenue."

“I found it interesting that the word was originally a military term, a way of dictating the direction of approach for an attacking army,” he said. “During my exploration of Central Avenue, military themes seemed to pop up unexpectedly, from certain interviews. This makes me curious as to how much the idea of militancy and sacrifice for country is embedded even in the daily language we speak, and carried onwards by the flow of one of our most populated avenues.”

But Krebs said that's an issue to explore in a separate film down the road.

“Another Avenue” is available for a fee on the digital platform Vimeo.