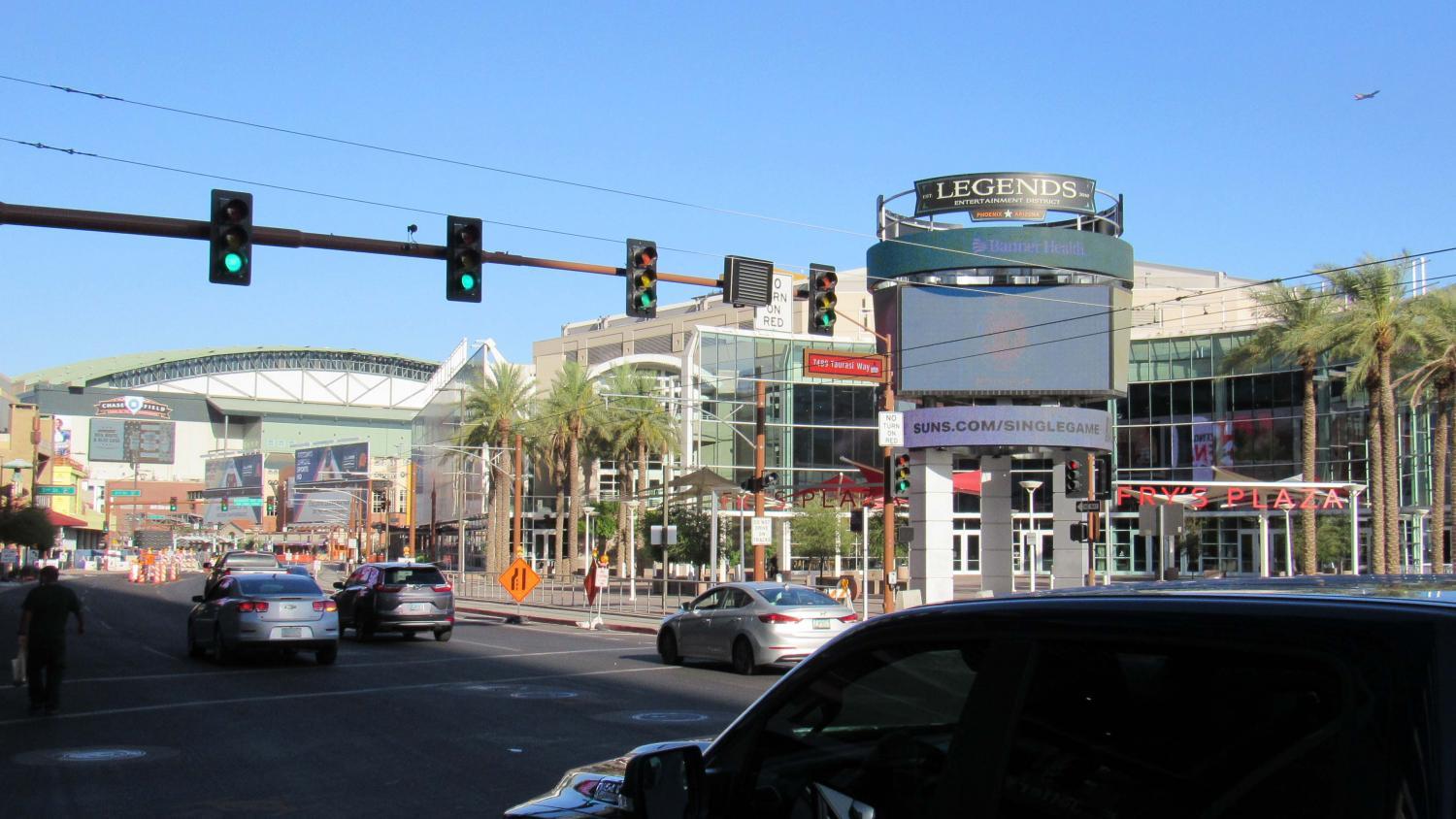 Matthew Casey/KJZZ
The newly renovated Suns arena is to host a little more than 11,000 fans for the team's first playoff game since 2010. Chase Field, where the Arizona Diamondbacks play, is next door.

Ethan DeYoung and his 6- and 8-year-old sons dribbled basketballs outside their home.

“We come out here. We work on passing. Shooting from all different spots of the driveway,” DeYoung said.

His boys like to imagine they’re the Phoenix Suns’ Jae Crowder and Devin Booker.

“We pretend that I’m Chris Paul. The savvy veteran that helps facilitate to the youngsters,” the father said.

DeYoung and his dad used to play like this in the 1990s, except then the Suns’ stars were Charles Barkley and Dan Majerle. There’s also great memories from the 2000s.

But those were before DeYoung’s kids were born. The Suns are relevant for the first time in the kids’ lives.

“Hopefully we can go to a game soon, maybe. I think these guys would have a blast,” DeYoung said.

The Valley’s first major professional sports franchise returns to the postseason this weekend after a long absence. It comes to the Phoenix arena as the downtown sports shrine waits to add gambling to the list of revenue streams.

The newly renovated Suns arena is to host a little more than 11,000 fans for the team's first playoff game since 2010. They’ll be a boost to a sports shrine close to escaping the pandemic’s chokehold on live-game attendance.

Seating limits for baseball fans end next week at neighboring Chase Field with most of the Arizona Diamondbacks 2021 homes games still to come. 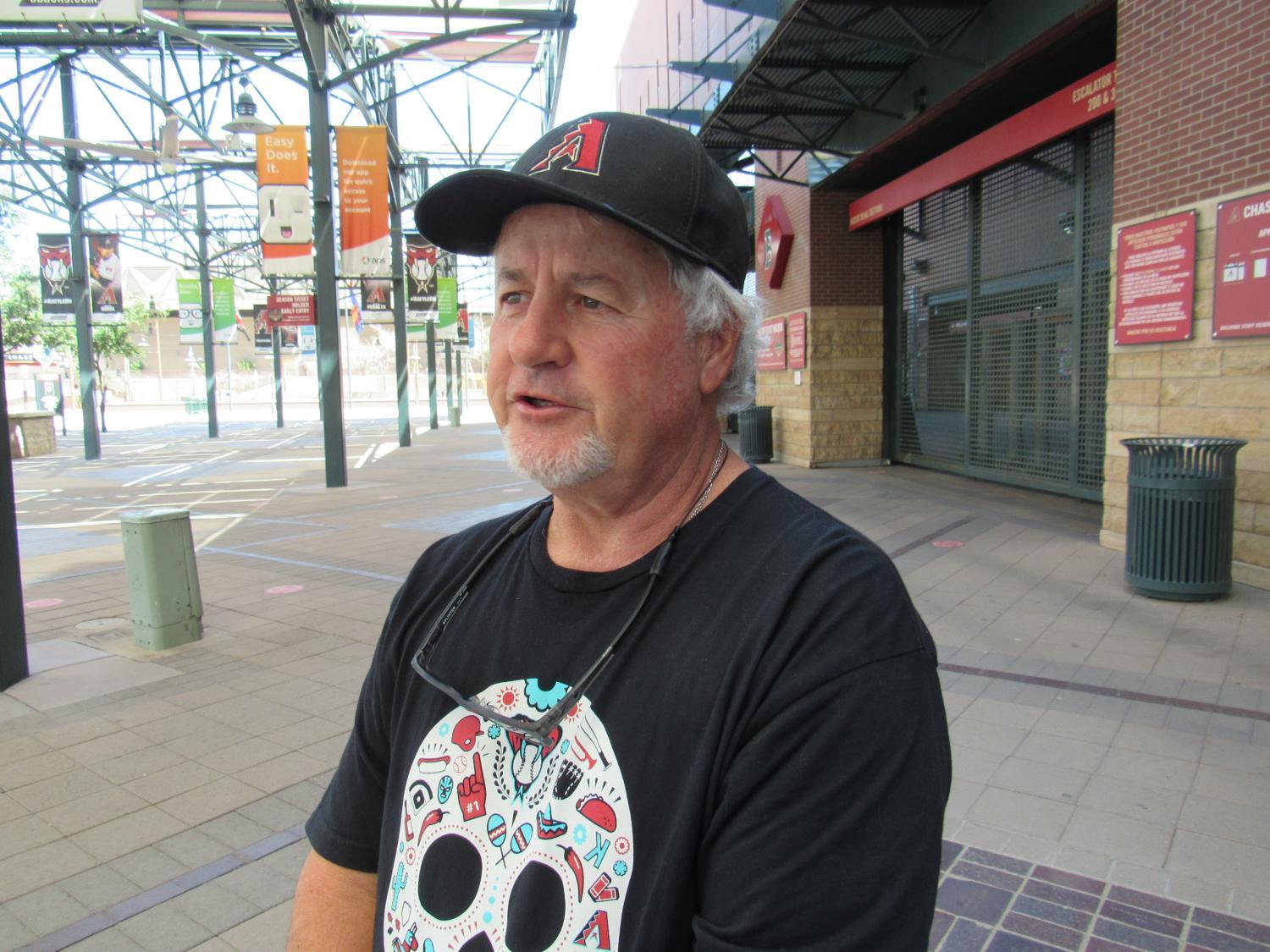 Matthew Casey/KJZZ
Rod Smith and his wife bought a brick to raise money when the D-Backs were a brand new Major League Baseball franchise.

Rod Smith showed me the brick he and his wife bought to raise money when the D-Backs were a brand new Major League Baseball franchise.

“I just know how to find mine because it’s right at the entrance to the Game Seven Grill. A future Caesars gambling facility,” he said.

The D-Backs have partnered with Caesars Entertainment, like the Suns have with FanDuel, to eventually open a sportsbook. Smith stops near his brick in the plaza about once a year.

“Toast to being a season ticket holder since 1998,” he said.

Smith has had to cut his ticket package as partners dropped out over time. This year he’ll be at weekend games and have a view from behind home plate.

“My particular seats were not available to me when the season initially started,” he said.

The D-Backs said they’re lifting fan limits so season ticket holders can have their seats back. Seating was different when attendance was capped at 20,000. There hasn’t yet been a crowd that big yet.

But this could change Memorial Day weekend, when Smith said he'll be in his new seats for the first time.

“Playing the Cardinals and the return of Paul Goldschmidt,” Smith said.

Games, concerts and theater are a major source of entertainment for Smith and his wife. Without them, he started a blog aiming to post a ticket stub he’d saved from a different live event from every day of the year. Being vaccinated now makes him feel safe at Chase Field.

“To me it’s a return to normalcy and getting back to the lifestyle to which we’ve become accustom,” Smith said. 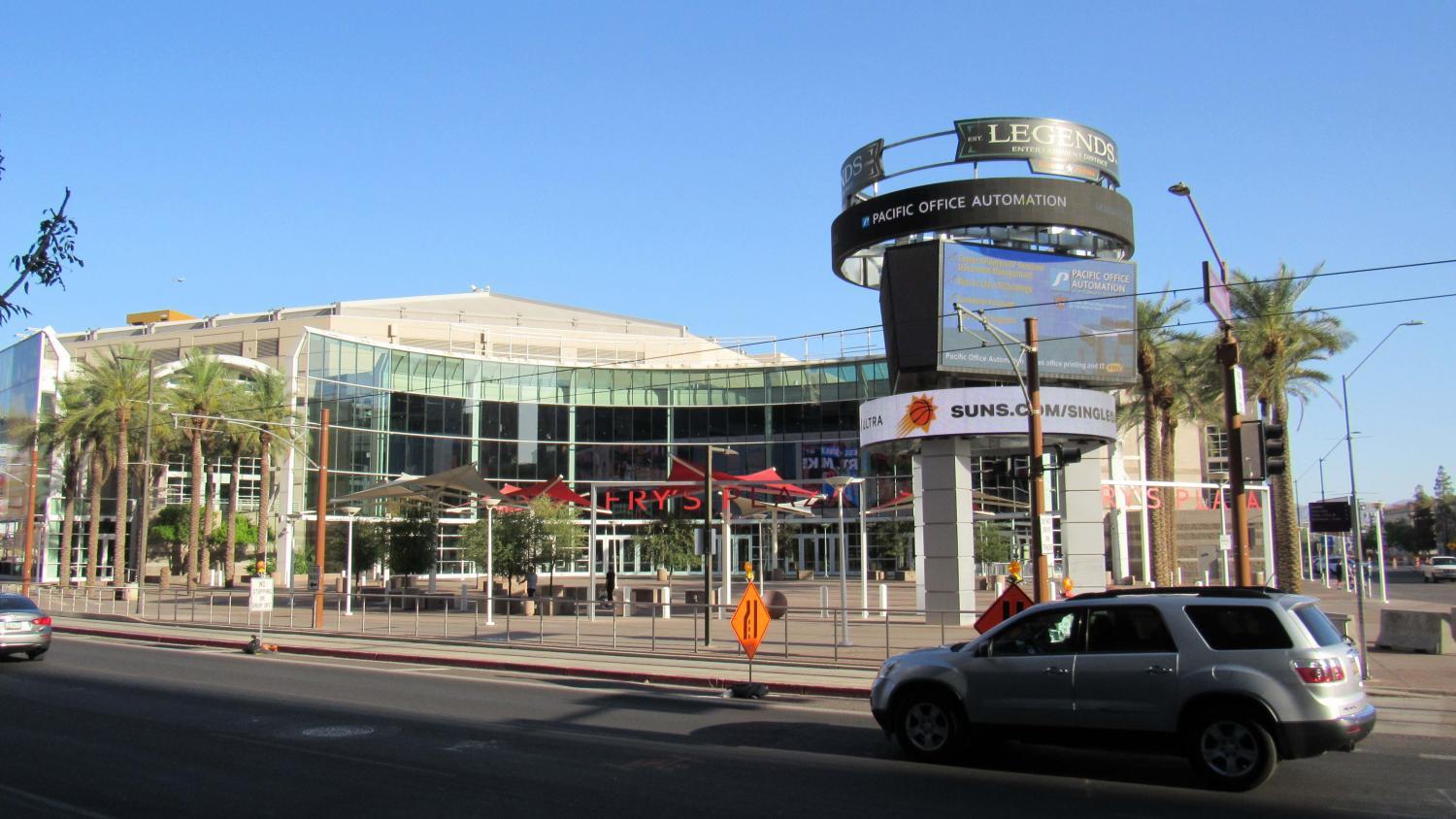 Matthew Casey/KJZZ
The Phoenix Suns, the Valley’s first major professional sports franchise, returns to the postseason this weekend after a long absence.

On Central Avenue, a few blocks west of the ballpark stands a Marriott hotel run by Trent Collicott, who showed me to a conference room overlooking the Phoenix sports shrine.

“(It's) got a great view of downtown, Suns arena, and in the far background we’ve got Chase Field right on the horizon, Collicott said.

The panorama this time last year was of a ghost town, he said, which was awful.

“It feels great to finally see some feet on the ground again, to see fans checking into the hotel and going to games."

Being a huge local sports fan makes working so close to the stadium and arena a major side-perk of Collicott’s job.

“(I) have season tickets to all four major sports teams here in town,” he said. 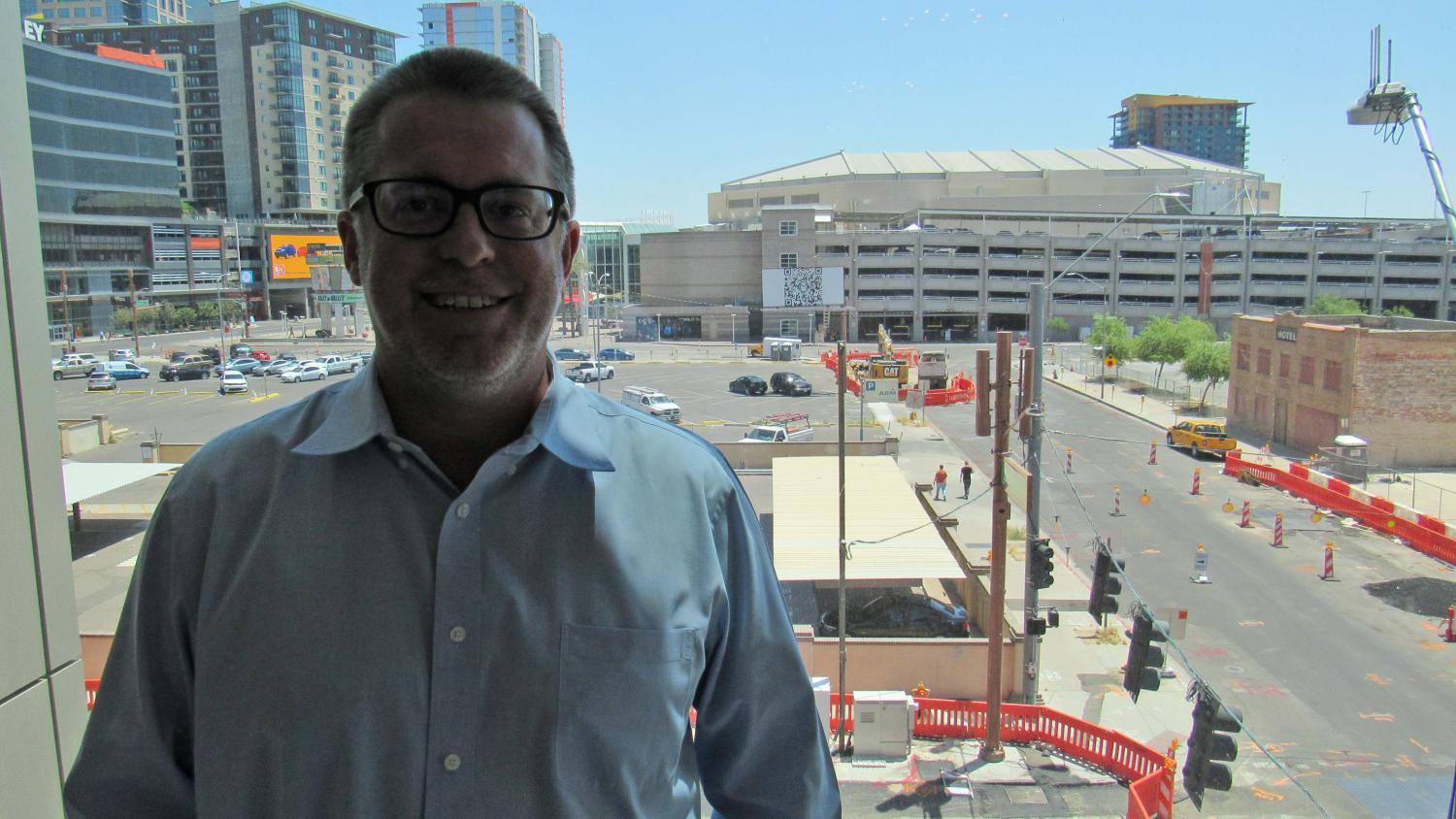 Matthew Casey/KJZZ
Trent Coolicott runs the Marriot hotel a couple blocks west of Chase Field. He says he has season tickets to all four major sports teams in town.

A decade-plus of this kind of Suns loyalty helped Collicott get playoff tickets. He thinks a more than half-full arena of loud fans means his kids will get a real postseason experience.

“You know, if we made the NBA Finals, maybe we could see a full house with every seat. That’d be great,” he said.

Back in the suburbs, the Suns winning their first title on a last second shot by Devin Booker is exactly what Ethan DeYoung’s older son dreams of in the driveway as he counts down the final seconds of an imaginary game.

DeYoung said his boys are joining a basketball league this fall. Until then, he expects morning shootarounds with mandatory water breaks to be standard.

“Temperature doesn’t seem to phase these guys. Whether we’re shooting baskets, or outside in the cold pool water, they don’t seem to mind.”

The pandemic kept DeYoung’s family mostly home for the past year. The revival of the downtown Phoenix sports shrine could soon give him a different place to take his boys and their seemingly endless supply of energy.