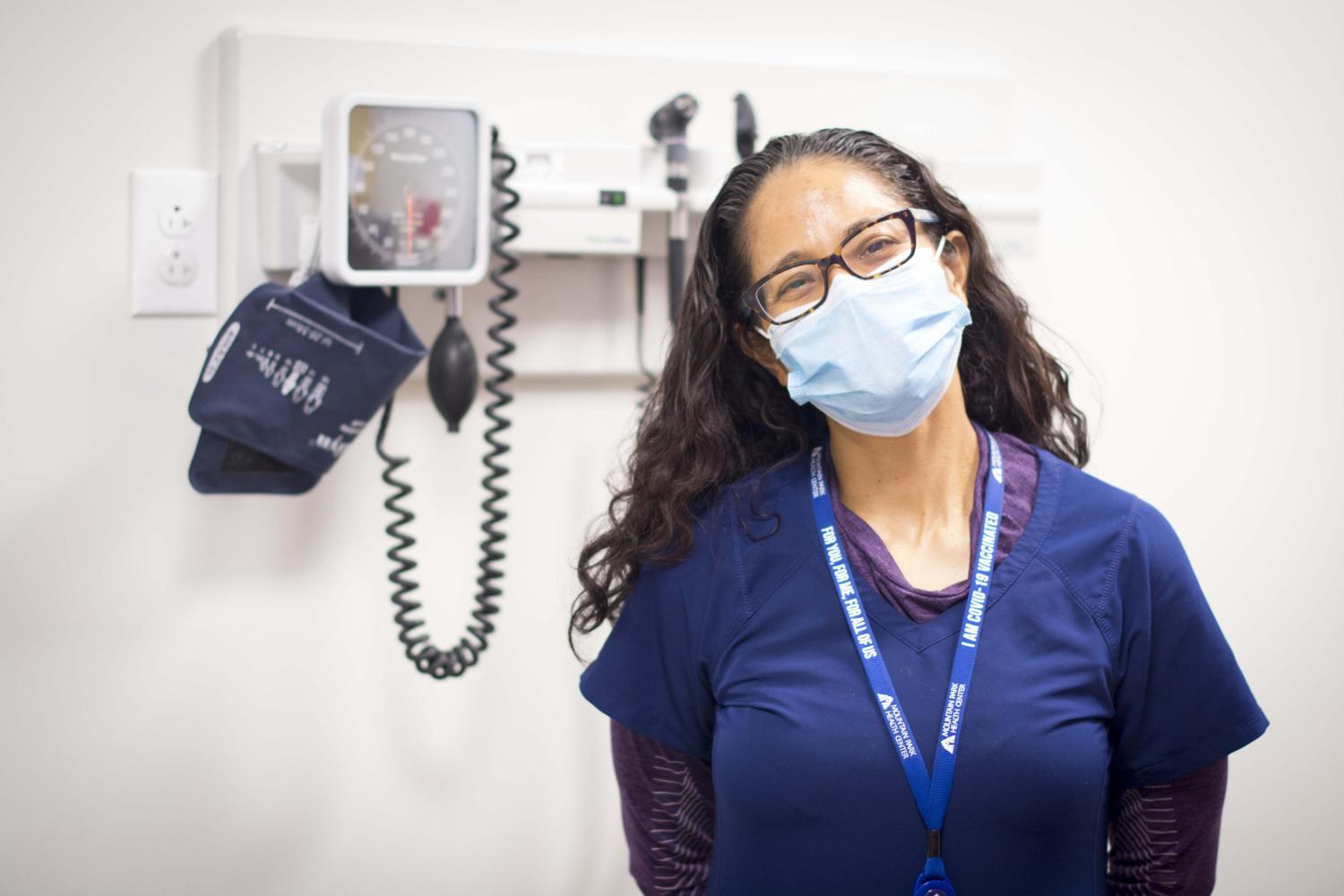 At Mountain Park Health Center in Phoenix’s Maryvale neighborhood, Ivan Tapia and his wife wait for their second doses of COVID-19 vaccines. They brought along their baby daughter. She’s the reason Tapia wanted to get vaccinated. He was sick with the virus last summer and said he couldn't even hold her for several weeks.

“I felt like I don’t want to go through that, you know, get sick again, and I cannot take care of my baby. So I’d rather get the shot," Tapia said.

Tapia said most adults in his family have now been immunized. But that’s not the case for many Latino families in this community. West Phoenix has some of the lowest vaccination rates in Maricopa County. And statewide, Latinos are vaccinated at a lower rate than any racial or ethnic group. Nearly 44% of Arizonans have gotten shots. Among Latino Arizonans, it’s just 18%. Five months after Arizona's vaccination campaign began, some say the disparity has more to do with access than attitudes. 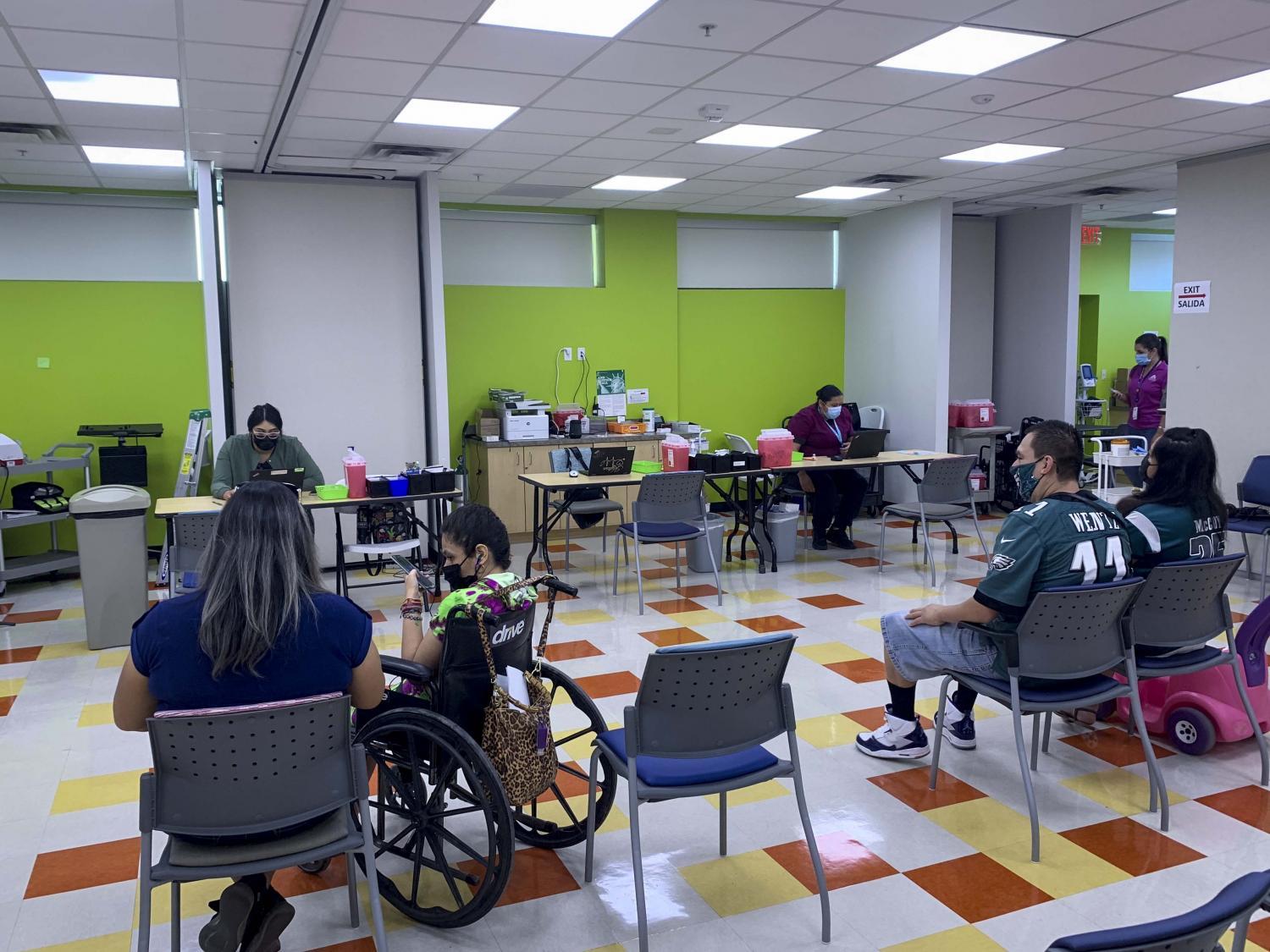 Katherine Davis-Young/KJZZ
A conference room in the back of Mountain Park Health Center's Maryvale Clinic has been transformed into a small COVID-19 vaccination center.

Like Tapia, many in this community have been infected by the virus over the past year. Dr. Joanna Andujar with Mountain Park Health wants more of her patients to get vaccinated because she’s seen firsthand how hard COVID hit this community, especially last winter.

She said infections have slowed recently, but the virus continues to spread among the populations she serves at the nonprofit community clinic. And Andujar said many of her patients, who often work in low-wage jobs, don’t have the luxury to stay in bed or quarantine when sick.

“People were missing a lot of work, and for the Maryvale population that’s huge, to the extent that they lose the ability to stay in their houses, and food supply," Andujar said.

So as soon as vaccines were available, Andujar started encouraging eligible patients to sign up. She said most of her patients have been receptive to that recommendation. Mountain Park Health Center has been receiving allocations of vaccines from Maricopa County since the early weeks of the state's vaccine rollout, and the nonprofit clinic has reached out directly to many of its eligible patients to invite them to get vaccinated. Andujar said being able to offer vaccines as part of regular health care has been effective.

"They have to trust us," Andujar said.

But she said outside her clinic, she thinks other options for getting vaccinated, like big state-run sites, can be more difficult for her patients to navigate.

“A lot of our community doesn’t have a car, they have to depend on buses, public transportation and walking here. And it’s tough when they also have to work," Andujar said. 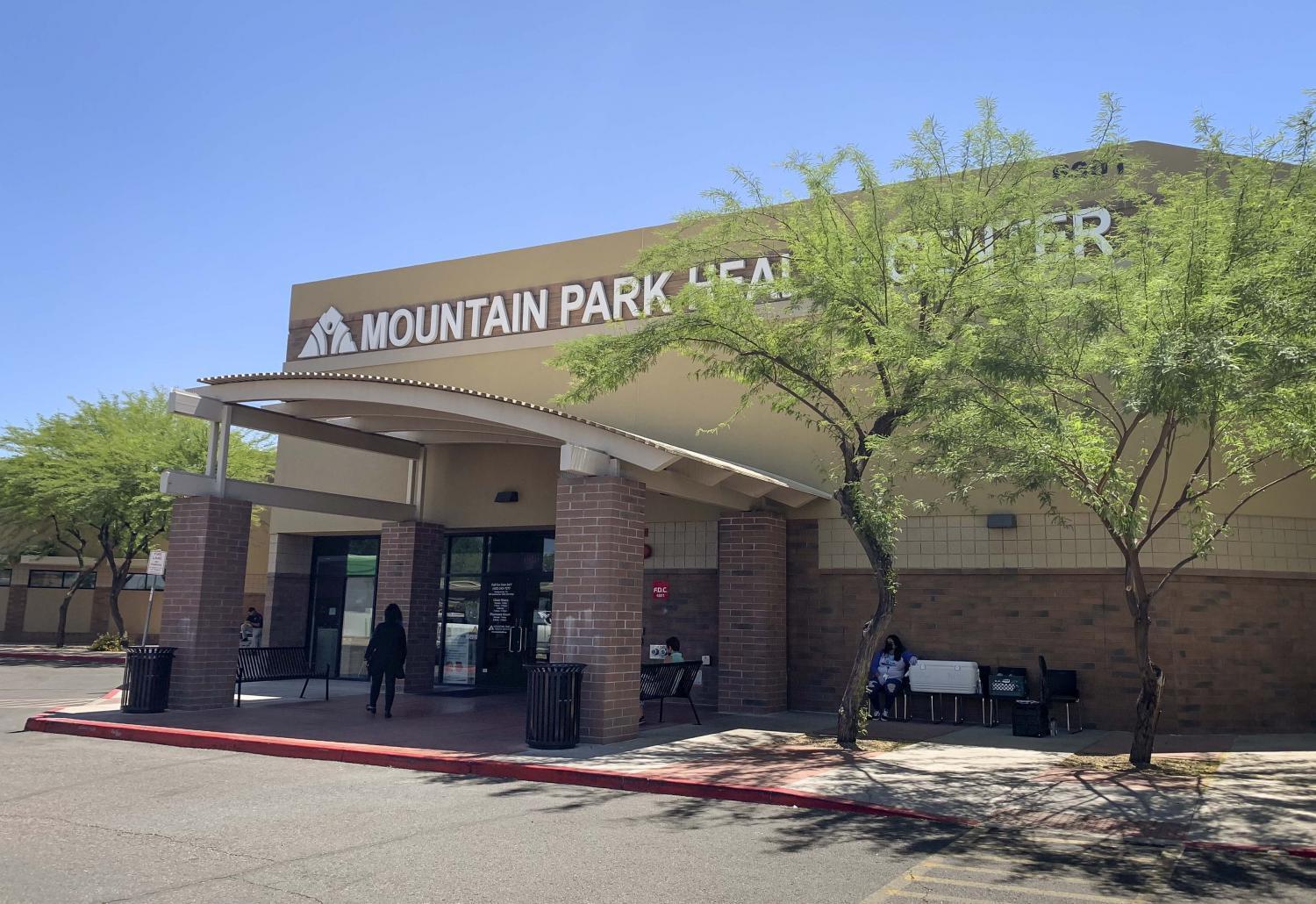 Katherine Davis-Young/KJZZ
Mountain Park Health Center has been providing COVID-19 vaccines to patients at its clinics for several months.

“Vaccine hesitancy is definitely a small factor, but access, from what we’ve seen, has played a much larger role," Ndugga said.

There’s a gap between White and Latino vaccination rates nationwide. Even so, Ndugga said, most other states have been more successful at immunizing Latinos than Arizona has. Kaiser Family Foundation research shows Arizona's 18% Latino vaccination rate is third-lowest among states that record that data. Next door, in New Mexico and California, more than 30% of Latinos have had shots.

Arizona's 18% Latino vaccination rate is third-lowest among states that record that data. Next door, in New Mexico and California, more than 30% of Latinos have had shots.

“States that have focused on more targeted outreach, have had more culturally competent outreach mechanisms, have been more successful in reaching these populations," Ndugga said.

“We are doing telephonic town halls in both English and Spanish. We are doing door-to-door canvassing, yard signs," Christ said at a recent press briefing.

The state health department in March hired taxis to drive people from the West Phoenix 85009 ZIP code to a state-run vaccination site. The department has coordinated with religious leaders, including from Spanish-speaking congregations, to promote vaccination. Maricopa County Public Health also recently launched a hotline to provide vaccination information to Spanish speakers.

But those efforts feel like afterthoughts to state Rep. Raquel Terán, whose district includes parts of Maryvale.

“Yes, there’s been touches, but there has not been an intentional and significant investment to educate our community," Terán said.

The first shots in Arizona were administered in mid-December. The state’s vaccine registration website wasn’t translated into Spanish until mid-February. And even as vaccine doses have become more widely available to clinics and pharmacies, Arizona has prioritized its stadium mass vaccination sites. In January, the state even took vaccine doses back from some county health departments to give to state-run PODs. Now, more than a quarter of all vaccines in Arizona have been administered at those sites.

Terán spent a day volunteering at one.

“I will give credit to the fact that it was a well-run site," Terán said. "But the people that were coming in were not the people from my community.”

Latinos make up more than 30% of Arizona’s population. But only 7% of people vaccinated at state PODs have identified as Latino, according to health department data.

Terán points out none of the big state sites are located in Maryvale. She said it was the same way early in the pandemic, as infection rates climbed in her community, but few diagnostic testing sites were available in the area.

“We should have taken those lessons and knew that those things were also going to come up with the vaccination process," Terán said.

She said she wants Arizona to direct more money and manpower toward getting her community educated and immunized.

Dr. Joanna Andujar thinks the demand is there. Even while thousands of appointments at state PODs have gone unfilled in recent weeks, the little vaccine clinic at Mountain Park Health Center has stayed busy. And she’s happy to see that.

“The more we have vaccinated, the more protected we are as a community," Andujar said.

For now though, her community has a level of protection still far below wealthier, whiter parts of Arizona.