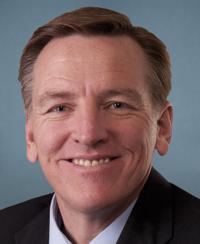 A Democratic congressman is asking the U.S. House of Representatives to censure some members of the Republican caucus who he says made misleading statements about the Jan. 6 riot at the U.S. Capitol. That includes Arizona Rep. Paul Gosar.

“My constituents demand answers, but the truth is being censored and covered up. As a result, the DOJ [Dept. of Justice] is harassing peaceful patriots across the country,” Gosar said during a House Oversight Committee hearing on Wednesday.

Following the statements by him and his like-minded colleagues, Democratic Rep. David Cicilline of Rhode Island wrote a letter to fellow members of his party on Friday that called for censure of Gosar and others.

Cicilline explained his thinking on cable news network MSNBC. “When you have members of Congress who are repeating falsehoods, mischaracterizations about the violent and bloody insurrection that occurred on Jan. 6, it’s very dangerous. It really emboldens others who might consider doing the same thing if it can be explained away.”

EDITOR'S NOTE: This story has been updated to revise the description of the network on which Cicilline was speaking.