How Tempe And Buckeye Are Planning For Growth 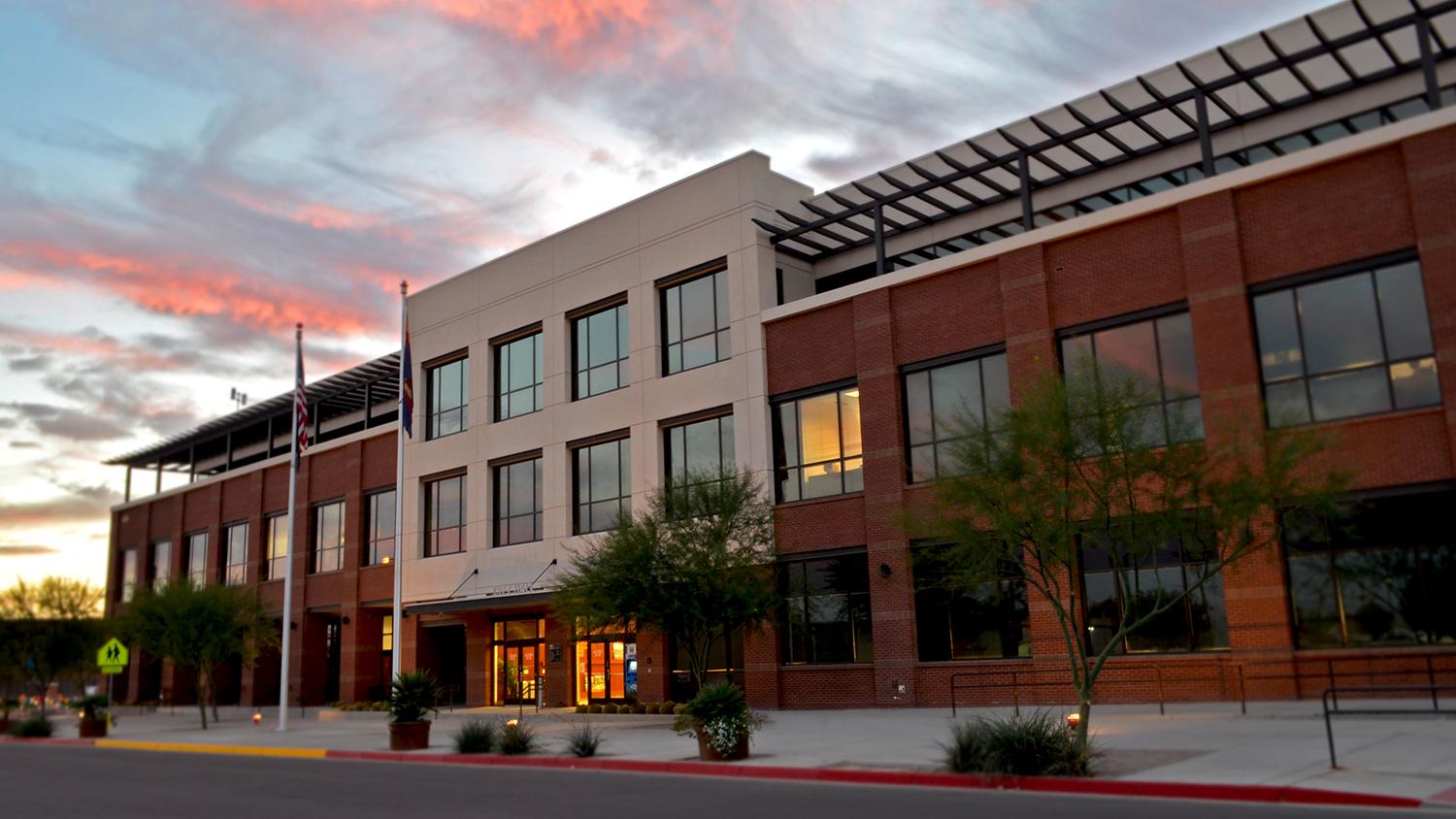 More than 40 miles separate the cities of Tempe and Buckeye. One is landlocked while the other is land rich. But both cities are focused on responsible growth.

With a land mass of 640 square miles, Buckeye Mayor Eric Orsborn says the city west of Phoenix has a lot of growing to do.”

A decade ago, Orsborn said Buckeye accounted for about 5% of single family housing permits in the Valley, now it’s about 12%. But jobs haven’t kept up.

“Ninety percent of our residents currently leave the Buckeye area and travel east on I-10 to jobs outside of Buckeye,” he said.

Some likely drive to Tempe where Mayor Corey Woods says his city’s population almost doubles during the day. Before the pandemic, he wanted to increase telework options to help reduce traffic congestion and greenhouse gas emissions. Now, Tempe is working to add mobility hubs — places where people can choose between light rail, buses, bicycles and scooters. 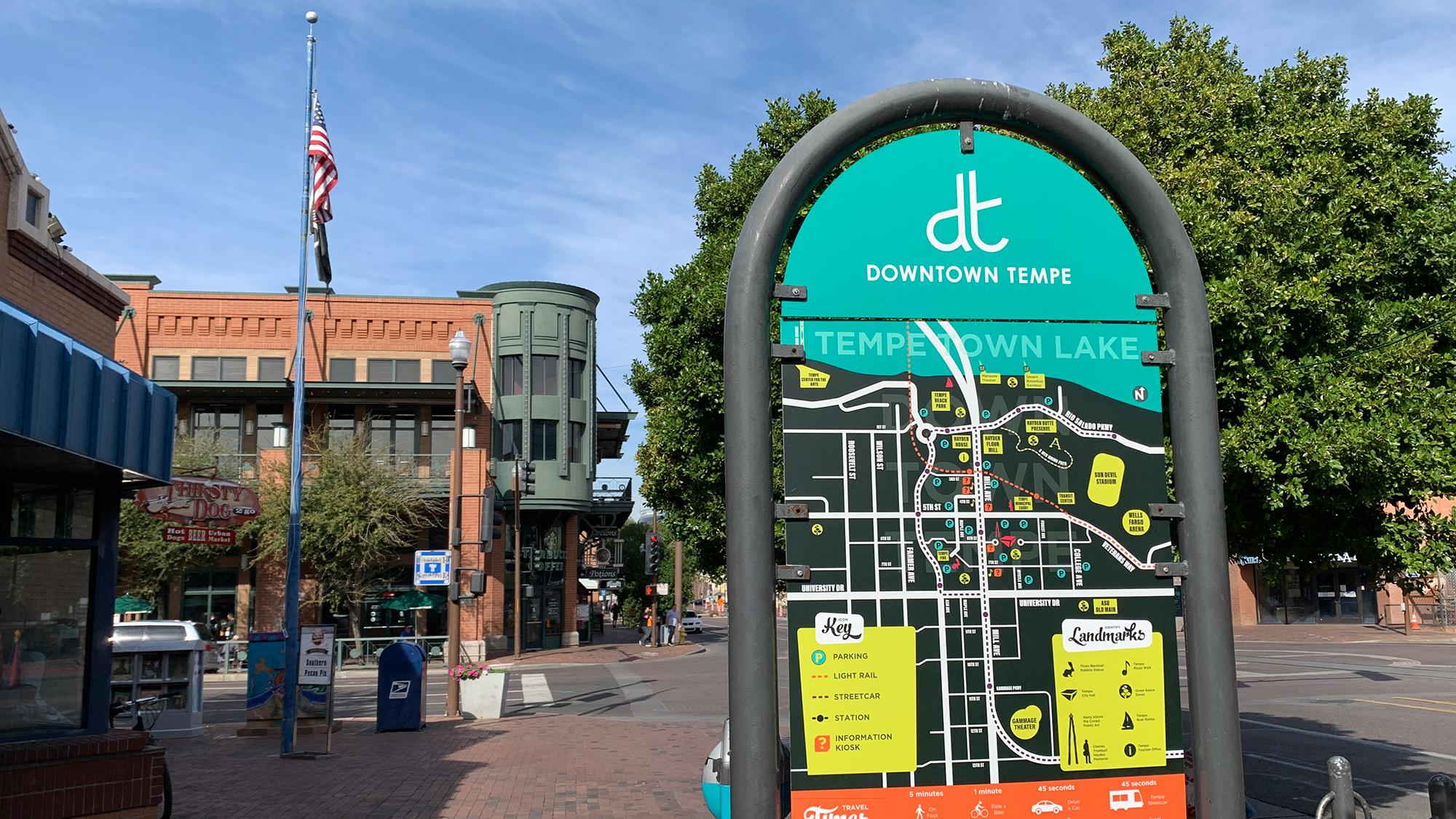 Tim Agne/KJZZ
A map of downtown Tempe on Mill Avenue in February 2021.

“So our goal moving forward is to better connect residents and employees to these transportation options by making them just as convenient as driving a single use car,” he said.

Tempe recently launched a program called “Hometown For All”  to add more housing for lower-income residents. For every project built, 50% of certain permitting fees paid by developers will go to the Tempe Coalition for Affordable Housing, a nonprofit corporation affiliated with the City of Tempe Public Housing Authority. Those funds can be used for multiple purposes, including incentives for developers, buying and rehabilitating properties and remediating land.

“This program is really already seeing successful outcomes as the Tempe City Council recently approved a partnership with a developer to build workforce and affordable housing on five city-owned parcels of land along Apache Boulevard,” he said during an April webinar hosted by Valley Partnership.

Buckeye’s mayor is watching Tempe and other cities as his council plans for the future. “If we just grow out residential and end up a sea of tile roofs that go on forever from Gila Bend to Wickenburg then I as a mayor or we as a city have failed.”

Success, he said, will mean offering a variety of housing and retail, adding advanced manufacturing, logistics and distribution centers, and ensuring adequate water supplies — all while adhering to the city’s commitment to keep at least 36% open space.