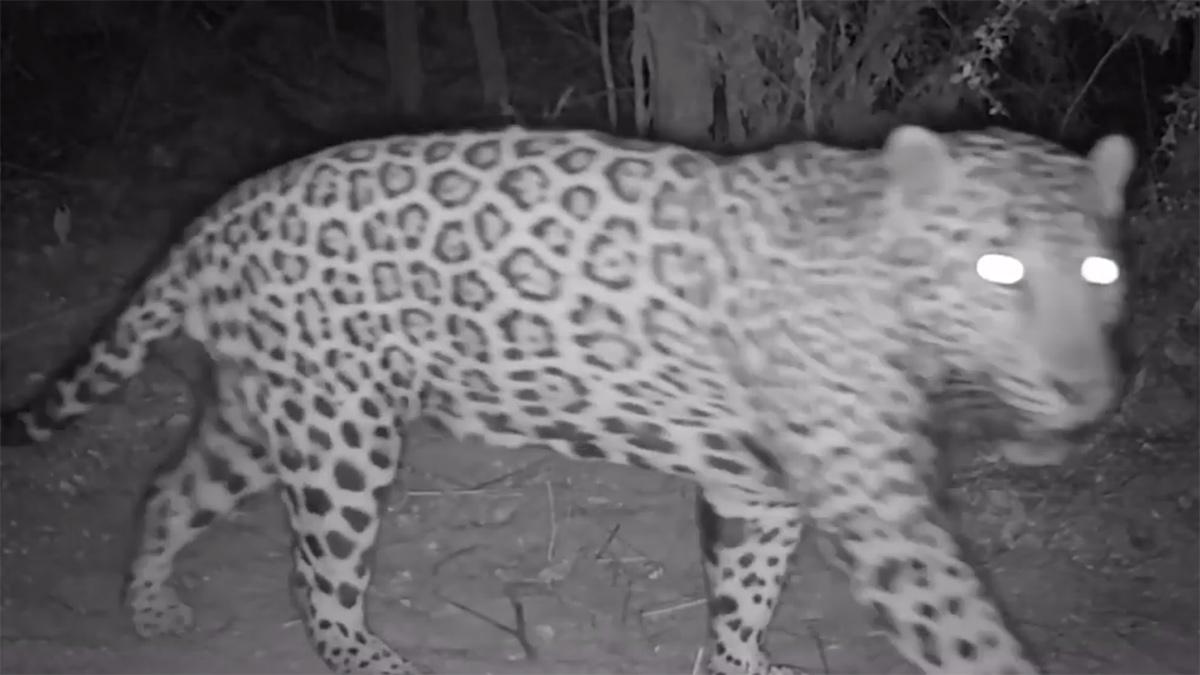 Ganesh Marin/BEAR Project
A male jaguar named El Bonito was caught on camera near the border wall between Mexico and the United States.

A new study suggests that jaguars could be successfully reintroduced to parts of their historic range in the United States, where the large cats were wiped out by humans decades ago.

Conservation biologists are making the case for jaguar reintroduction in parts of Arizona and New Mexico that a separate study released earlier this year estimates could support as many as 150 cats.

While jaguars do occasionally cross the border from Mexico, however, in recent years, only seven adult males have been documented in the United States. No females have been spotted since 1963. And habitat loss because of development and border wall infrastructure has hampered the ability of jaguars in Mexico to naturally re-establish a U.S. population in the near future, according to the study.

"The United States can’t wait for that to happen naturally in order to address this historic debt to the species," said Juan Carlos Bravo, an author on the study and Mexico and borderlands program director for the nonprofit Wildlands Network.

Reintroduction could help the cats return more quickly, he said, but it would require binational collaboration.

"We want to make sure however the jaguar is recovered in the United States, it's not done in detriment of Mexican populations, or the populations of any other country where animals may be obtained from," he said. "And that means being part of the conversation and understanding what the needs and strategies of folks in the U.S. are."

And even if jaguars are reestablished in the United States through reintroduction, it will be important to maintain cross-border connectivity with jaguars in neighboring Sonora, Mexico — the northernmost breeding population of jaguars in the world.

"It’s not an either or equation. Everybody still needs corridors," he said. "A little connectivity with a few individuals making it back and forth and replenishing the genetic pool every year is often enough to have much better chances of survival in the long term."

That also means strengthening efforts to protect population in Sonora, he said.

But if done right, he says it’s a viable option for bringing the iconic cats back to Arizona and restoring an essential aspect of this region’s culture and heritage.

The study also examined how jaguars reintroduced to the area researchers called the Central Arizona—New Mexico Recovery Area (CANRA) could interact with livestock.

While concluding jaguars no longer face the same human threats that wiped them out in the U.S. more than 60 years ago, the study acknowledged that the cats are likely to kill livestock, at least occasionally. That could be addressed with range management along with compensation payments, both when predators kill livestock and when jaguars and other cats are photographed on the property, the researchers said.

The study also suggests that jaguars could bring economic benefits to Arizona and New Mexico by attracting tourists.

“Returning the jaguar to this area will enhance the recovery of an endangered species in the United States, further its range-wide conservation and restore and essential part of North America’s cultural and natural heritage," according to the study. “Here is a model for who, where, how and why people should invest in restoring it. For the jaguar, America’s Great Cat, the question is when.”