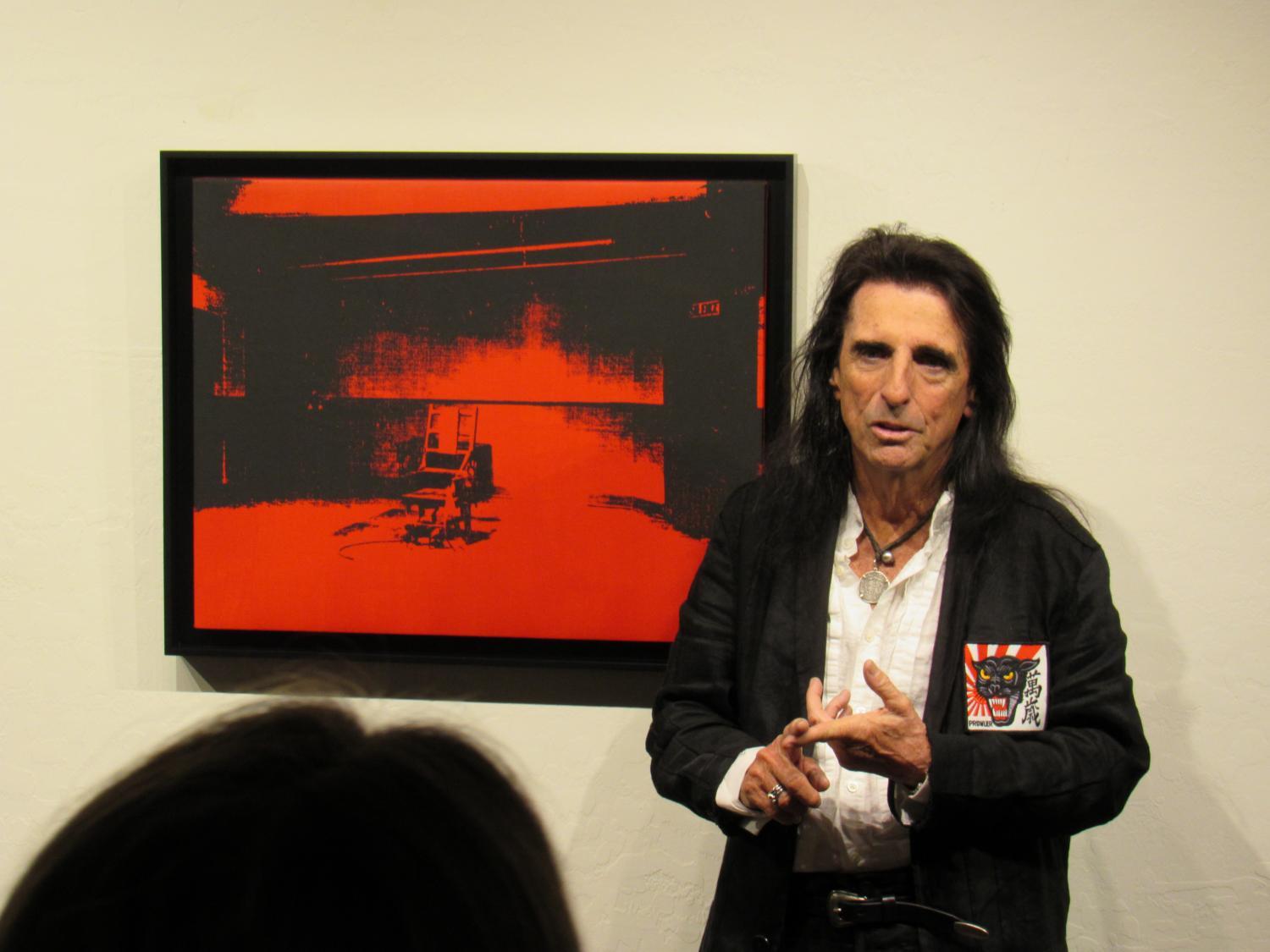 A photograph of the execution chamber in a New York prison led to a defining work in Andy Warhol’s 1960s Death and Disaster series.

The work called “Little Electric Chair” was gifted long ago to shock rocker Alice Cooper because it went really well with a stage prop he had back then.

“Little Electric Chair” is an acrylic and screen print on canvas. The one a girlfriend gifted Alice Cooper as a birthday present is red.

The image by Andy Warhol drew on a 1950s press photo of the electric chair at Sing Sing prison, where Julius and Ethel Rosenberg were executed as Russian spies.

Cooper said it was an appropriate gift because his band’s stage show had its own electric chair.

“And later on we went to the guillotine and the gallows because it was a little more spectacular,” he said.

Cooper stored the Warhol image in a tube at his Scottsdale home, famously forgot about it for decades and plans to auction it this fall.

The artwork, which is estimated to be worth as much as $4.5 million, was on display at the Rock & Roll Hall of Fame with the band’s original electric chair stage prop.