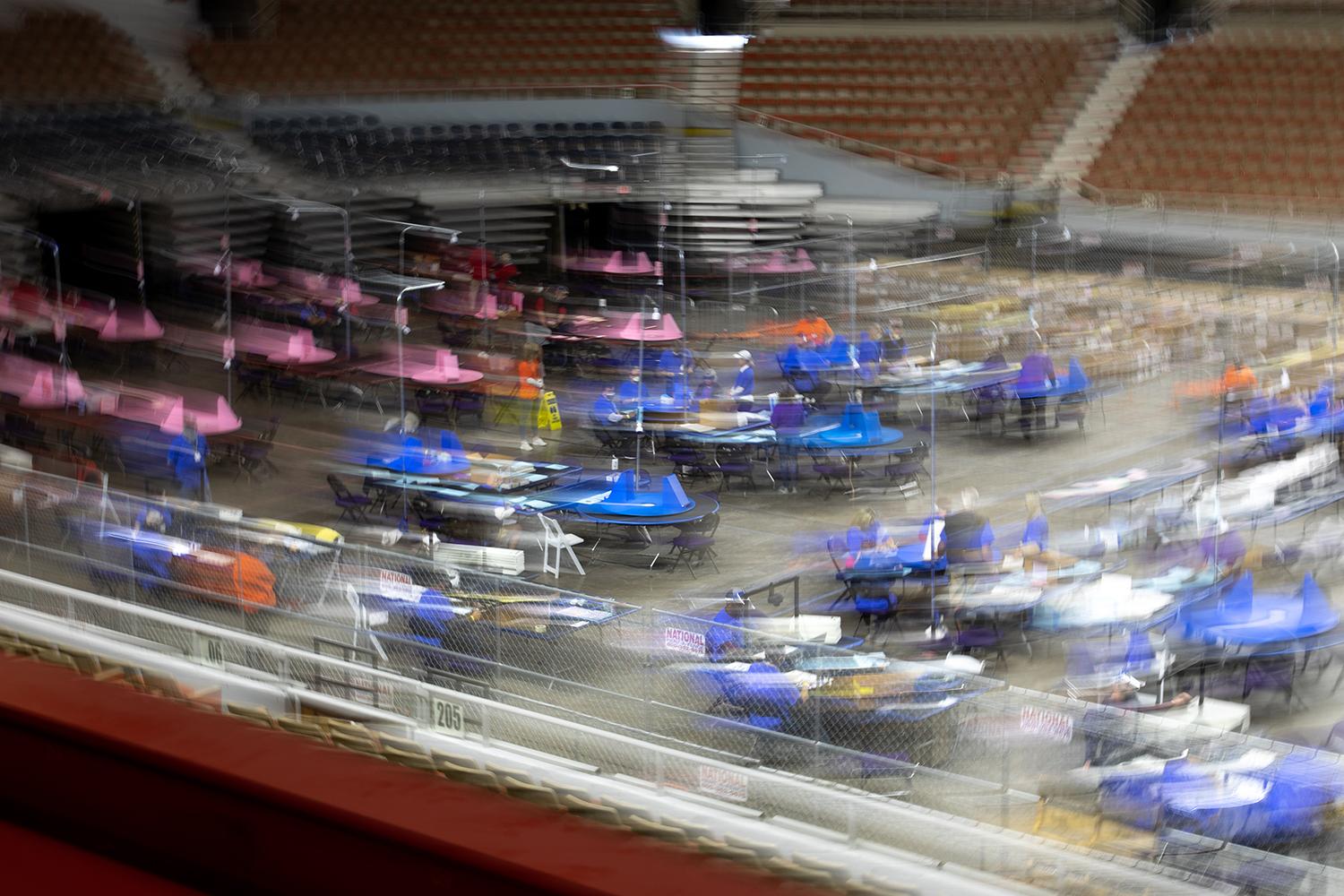 Courtney Pedroza/Pool
Contractors working for Cyber Ninjas, who was hired by the Arizona State Senate, examine and recount ballots from the 2020 general election at Veterans Memorial Coliseum on May 8, 2021, in Phoenix, Arizona.

The Arizona Senate’s audit into the results of the 2020 election in Maricopa County will halt for a week as high school graduates take the place of ballots at the Veteran’s Memorial Coliseum in Phoenix.

It will pick up again after the events as hired firm Cyber Ninjas continues its efforts to hand recount all of the county’s 2.1 million ballots.

The ongoing effort is making headlines not just in Arizona, but nationwide — and now it’s put Arizona center stage on late night TV. Hosts such as Stephen Colbert, Trevor Noah and Seth Meyers have all recently joked about it their shows.

Bill Goodykoontz is the media critic for the Arizona Republic and he’s written several columns about Arizona’s turn in the late-night spotlight. The Show spoke with him to learn how this coverage has been impacting Arizona's reputation.