Tussock Fire: The Latest On The Fire Near Crown King, Arizona

As of last week, the Tussock Fire was reportedly 94% contained.

The human-caused fire has burned more than 5,500 acres. The specific cause is still under investigation.

All area closures were lifted May 21. 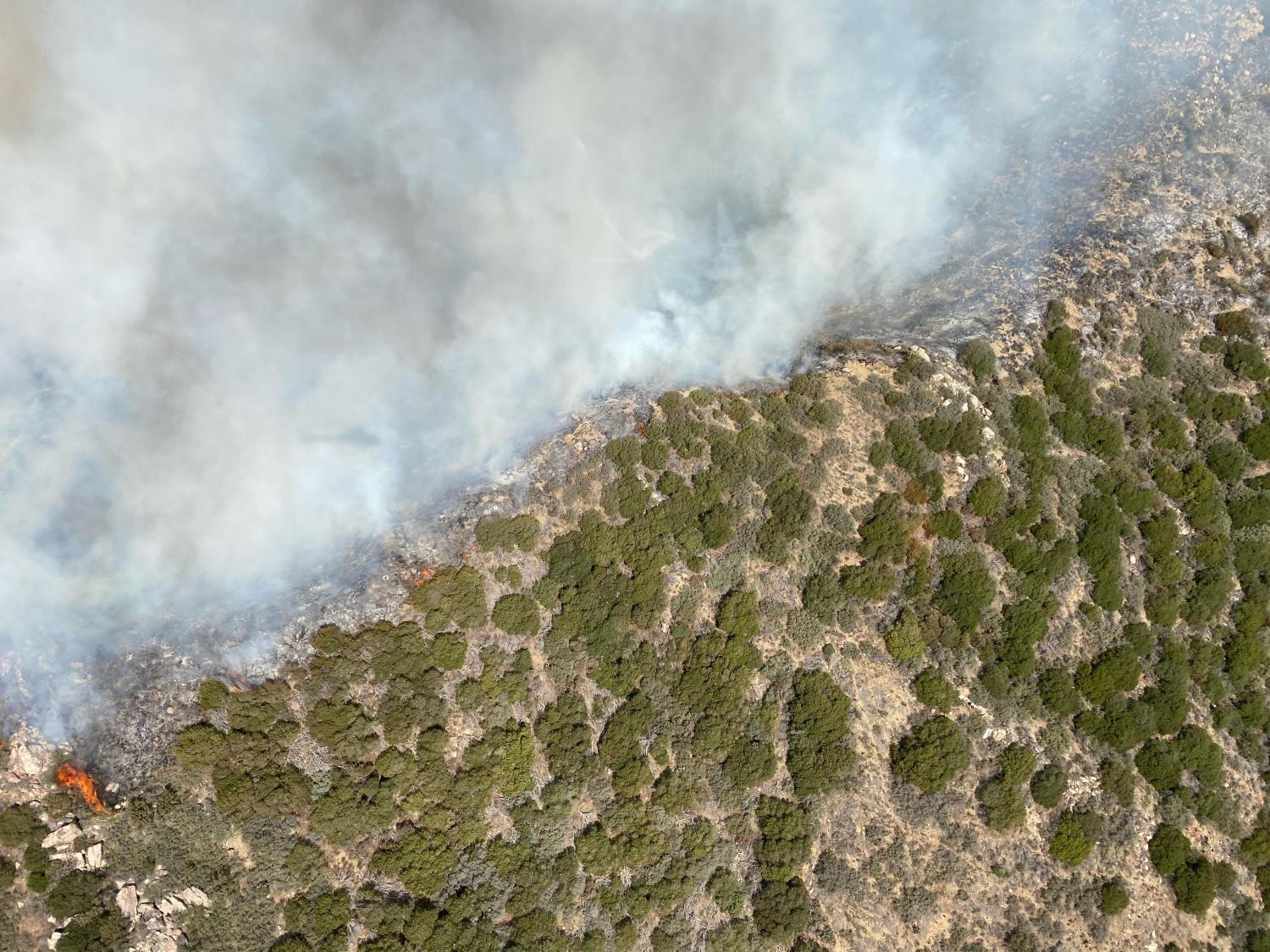 Inciweb
An aerial view above of the Tussock Fire boundary on May 9, 2021.

The Tussock Fire has reached 71% containment as of Friday morning.

The fire has burned through more than 5,500 acres of land in central Arizona and caused evacuations in Yavapai County over the past week.

High winds could bring the blaze outside of its current containment lines, but firefighters are working on a contingency plan if this occurs.

Officials know the fire was man-made, and the cause is under investigation.

Evacuation orders surrounding the fire were lifted by the county sheriff’s office on Thursday, but residents are urged to remain prepared in event of another emergency.

The Tussock Fire has burned more than 5,000 acres southwest of Crown King.

Although the blaze has presented a number of challenges, firefighters have reached 15% containment.

The fire continues to burn on the northern perimeter, but some of the western flank has been contained, and firefighters plan to take advantage of good weather to set lines to the east. Spokesman Mike DeFries said that because heavy winds are expected later this week, crews are doing all they can to prevent the fire from making a run.

“This area, you know, there’s rugged terrain and then there’s rugged beyond rugged, and a lot of this is really, really difficult to reach," DeFries said. "So where we have been able to get in and establish fireline, it takes quite an effort.”

A few small communities have evacuated and Crown King could be next.

The City of Flagstaff and Tonto National Forest have announced fire restrictions. 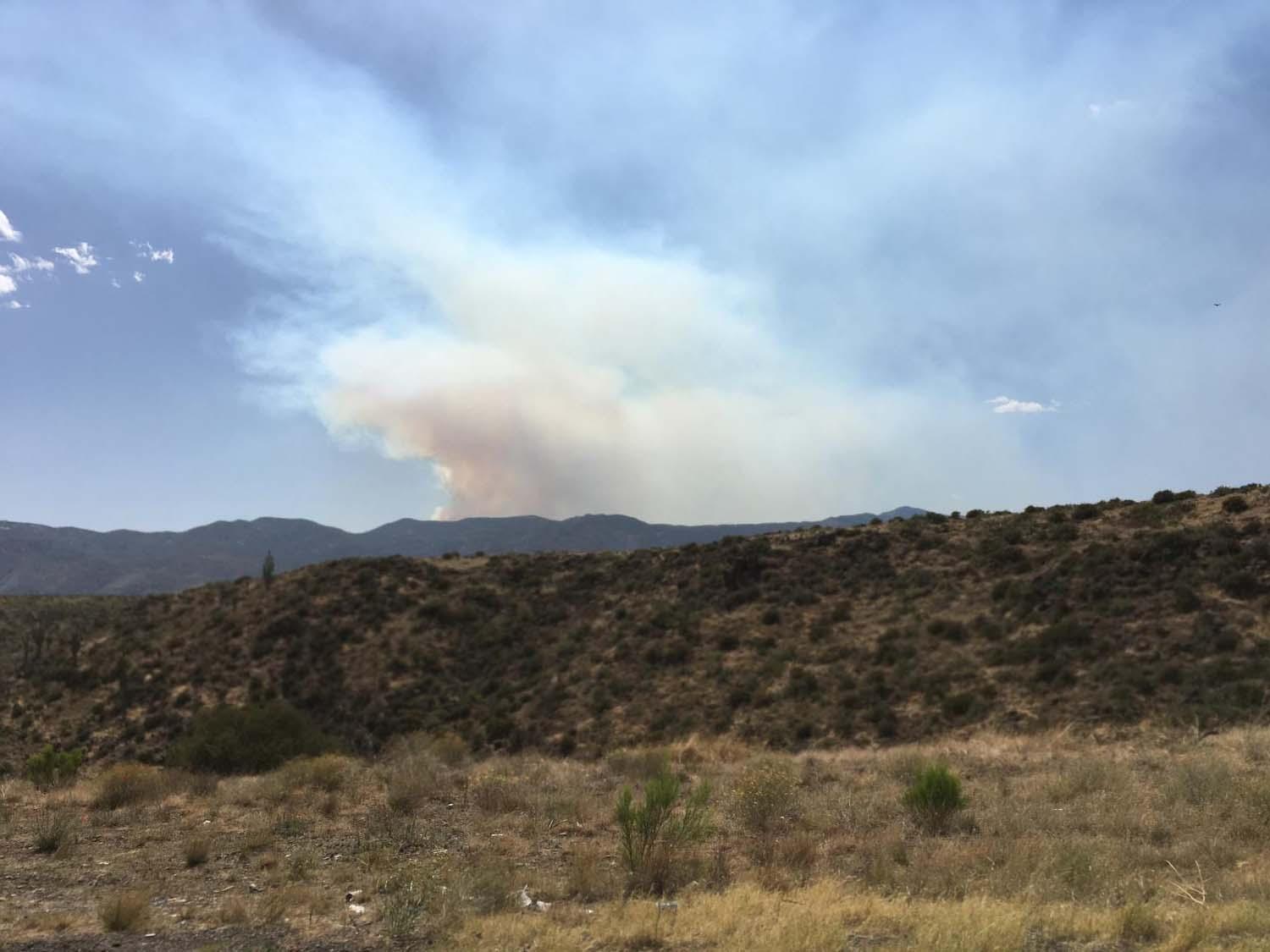 The Tussock Fire has burned more than 4,000 acres north of Phoenix, in rugged terrain southwest of Crown King.

The popular summer getaway and a number of Forest Service roads are closed to nonresidents.

Spokesman Bill Morse said the rugged terrain means slow going for firefighters, and putting them in front of the fire is out of the question.

The area has not had a wildfire for a number of years, which has added to the fuel level.

“The winds are coming from the southwest, the drainages are lining up, they’re full of heavy fuel. The potential for it to run are pretty strong,” Morse said.

In spite of the challenges, Morse said that firefighters have had some success with setting lines, and that some of that growth is due to burnout operations.

May 10: Tussock Fire Burns In Crown King Area With No Containment 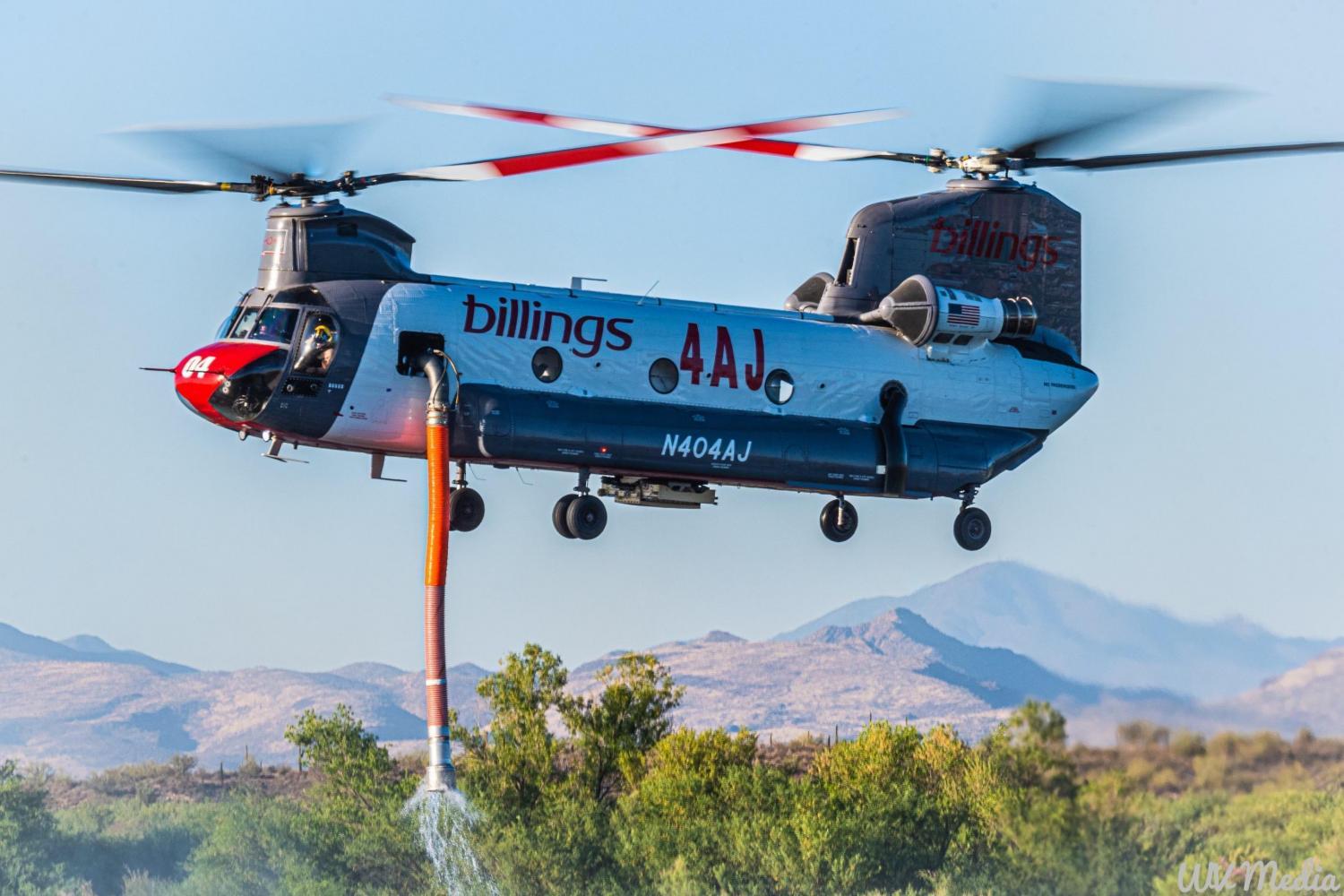 Luke Vold/Inciweb
A helicopter pulling water from pond for use in fire suppression on May 9, 2021.

Firefighters are battling a fire in the Crown King area north of Phoenix that began Saturday afternoon.

The Tussock Fire has burned 3,500 acres and will present a number of challenges.

The fire is burning in rugged canyons southwest of Crown King with no containment and is visible from Interstate17.

More than 200 firefighters have been sent to battle the blaze with more on the way.

With wind, but no rain in the forecast, fire team spokesman Bill Morse said he expects the fire to be a challenging one.

“Heavy fuel, steep topography. There’s been no fire history or activity in that particular area in over 50 years so there’s a lot of fuel,” Morse said.

A number of small communities in the area have been evacuated, and Crown King residents could be next.