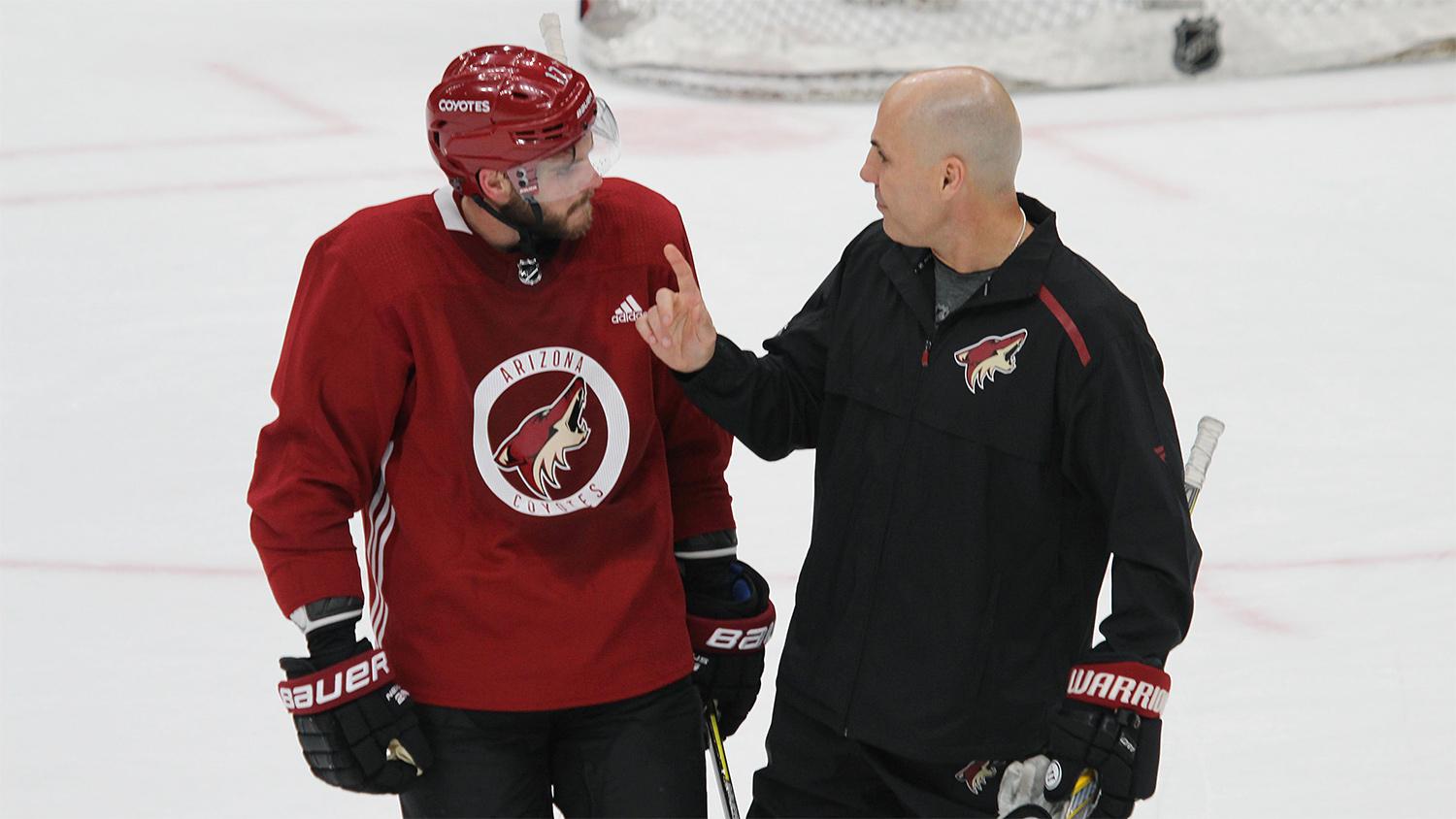 Sam Ficarro/Cronkite News
Rick Tocchet (right) is leaving the Coyotes after four years as head coach. The organization called his departure a mutual parting of ways.

The National Hockey League postseason gets underway later this week, and the Arizona Coyotes will again be on the outside looking in. That led to what the organization has labeled a mutual parting of the ways with head coach Rick Tocchet after four seasons.

So what is next for the Coyotes and the team’s relatively new ownership? Will the next direction lead to some sustained success?

For an update, The Show spoke with Craig Morgan of AZ Coyotes Insider, who started by assessing how the Coyotes' performance in the just-completed regular season compared to his expectations.