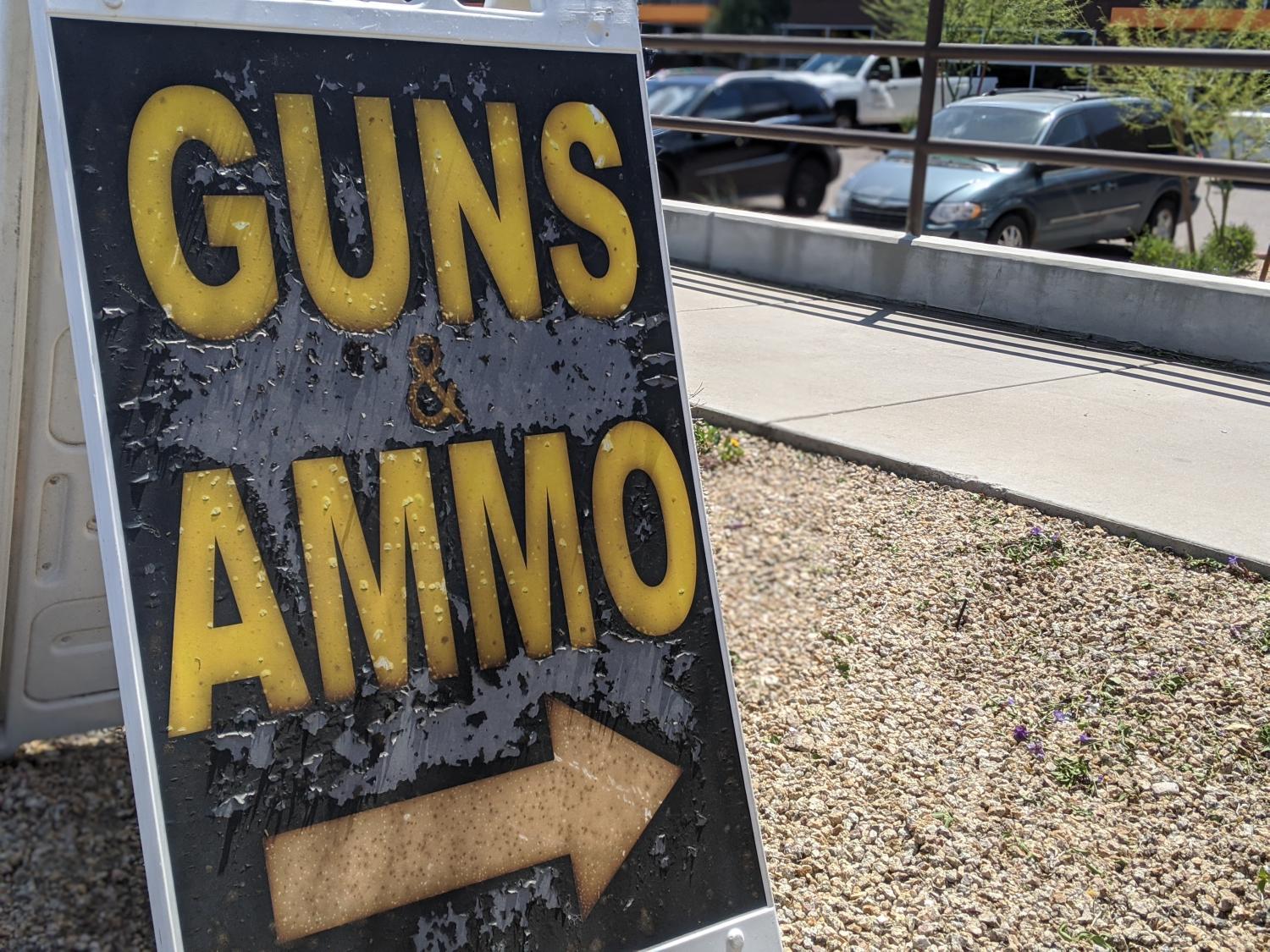 Sky Schaudt/KJZZ
A sign advertising guns and ammo outside a gun shop in north Phoenix.

The new law deems gun shops “essential” and prevents them from being sued by those killed or injured by their products.

State Rep. Jennifer Longdon, who was paralyzed after being shot in 2004, expressed opposition to the bill while it was being debated on the House floor last month.

“The reason I am sitting here to explain my vote is unfettered access to firearms,” said Longdon.

Rep. Quang Nguyen, who voted yes on the bill, credits his perspective to growing up in Vietnam.

"I know what it's like to live in a country with no Second Amendment. That's the reason why I'm standing here. I've seen people killed. I've seen people die without the ability to defend themselves,” said Nguyen.

The Protection of Lawful Commerce in Arms Act, approved by Congress in 2005, is a federal law that serves the same purpose as the state’s new legislation. But President Biden recently made known his intent to repeal the law.

In the past year, Ducey has put multiple pro-gun measures in place.