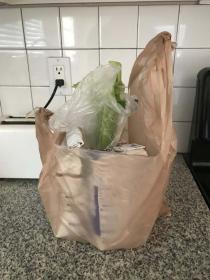 Tom Maxedon/KJZZ
Food prices in Arizona increased 0.6 % in March after rising 0.4 % in February.

Julie Murphree with the Arizona Farm Bureau Federation said suppliers are still adjusting to providing products for individual use rather than larger customers like restaurants which aren’t operating at full capacity.

“Food increased 0.6 % in March after rising 0.4 % in February. So this March one-month increase is the largest increase since a 0.6 increase in August 2012,” she said.

According to Murphree, dairy and eggs are down, but some meat costs are up due to supply and demand.

She also said diesel fuel which powers most farm equipment for planting and harvesting has increased by almost 10%.