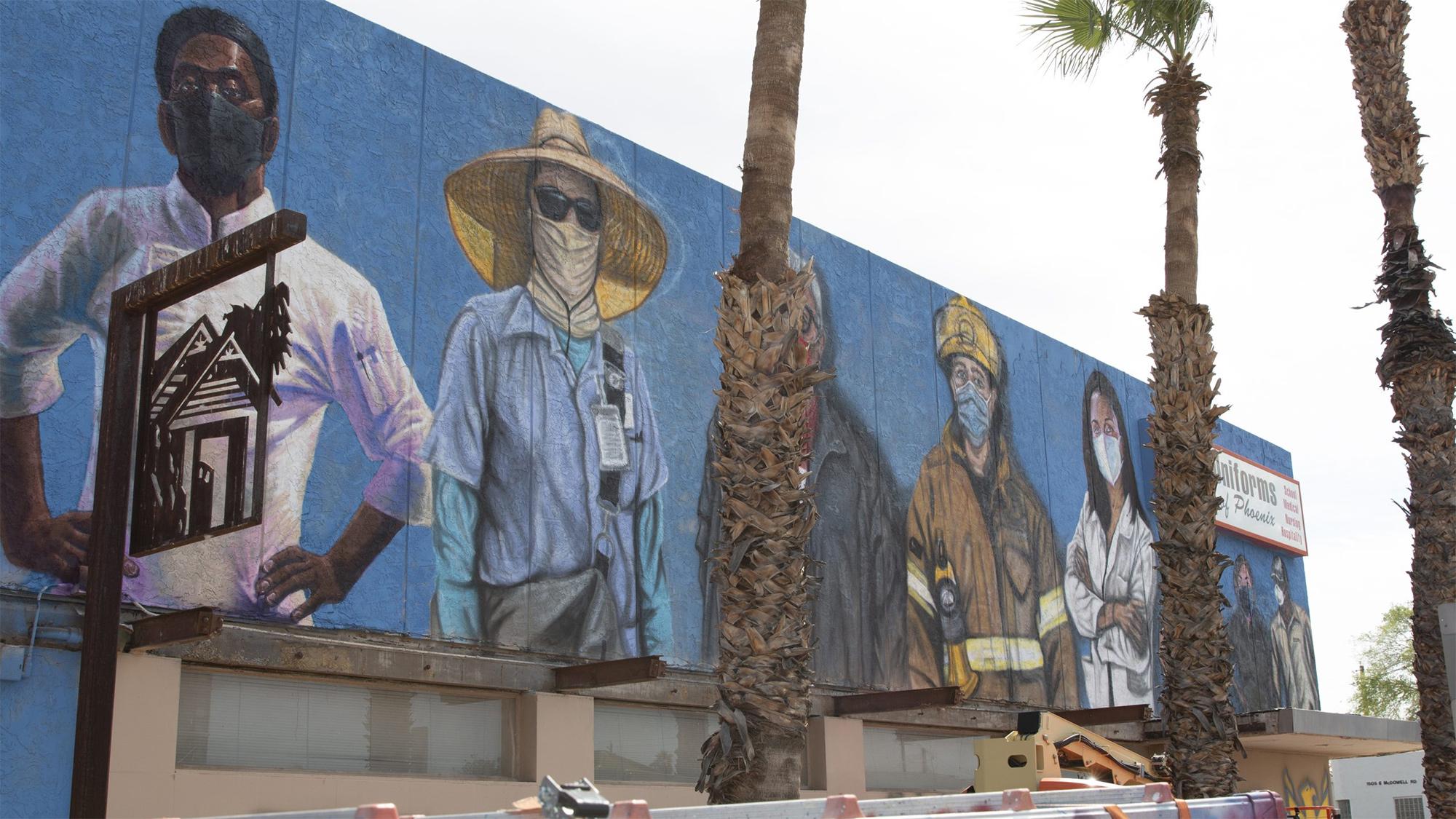 An Arizona researcher is teaming up with artists and advocates in Arizona and California to help educate the Latino community about COVID-19, using animated public service announcements and neighborhood murals to better connect with this hard-hit population.

The aim is to battle misinformation and get facts about prevention, testing and vaccinations to the community by collaborating with Latino artists to produce illustrations and infographics that are “culturally tailored for the Latino audience,” said Gilberto Lopez, an assistant professor at Arizona State University’s School of Transborder Studies.

“All those animations, the drawings, illustrations, infographics will be disseminated through social media,” Lopez said. “And the goal is to use social media to get people on our website,” where they can find more information about testing and vaccination.

Hispanics have been disproportionately affected by COVID-19, which has killed more than 573,000 people in the U.S. Data from the Centers for Disease Control and Prevention show Hispanics are three times more likely than whites to be hospitalized with the disease and two times more likely to die.

In Arizona, Hispanics comprise 30% of all COVID-19 cases and 28% of deaths but just 13% of vaccinations to date, according to the state health department.

An American Medical Association report examining these inequities cites several contributing factors, including lower health insurance coverage among Hispanics, “invisibility from national discourse,” a lack of data to capture the true impact of COVID-19 in Latino communities, and limited access to multilingual information.

That’s where Lopez comes in. A son of Mexican immigrants who toiled as farmworkers, he grew up in California’s Central Valley and was there last year when pandemic lockdowns were first implemented.

Lopez started a research project to better understand how Hispanics were getting facts about COVID-19 and the coronavirus that causes it — surveying some 600 Hispanics in Arizona and California. Next up was creating a campaign to address misinformation.

Lopez worked with Creative Frontiers, an agency that specializes in communication messaging, to create a series of animated videos in Spanish about the importance of social distancing and other precautionary measures. The videos use icons and symbols from the Latinx community to help better connect: an abuelita (grandmother), soccer players, a song by Jennifer Lopez.

“We all have an abuelita. And you know you’re supposed to listen to your abuelita; you don’t question your abuelita,” said Claudia Corchado, program manager of Cultiva La Salud, an organization working to improve health equity among Hispanics in California’s San Joaquin Valley. Corchado is one of Lopez’s partners in the effort.

“The fact that we can relate to the characters that are on some of his work I think is the key,” she said. 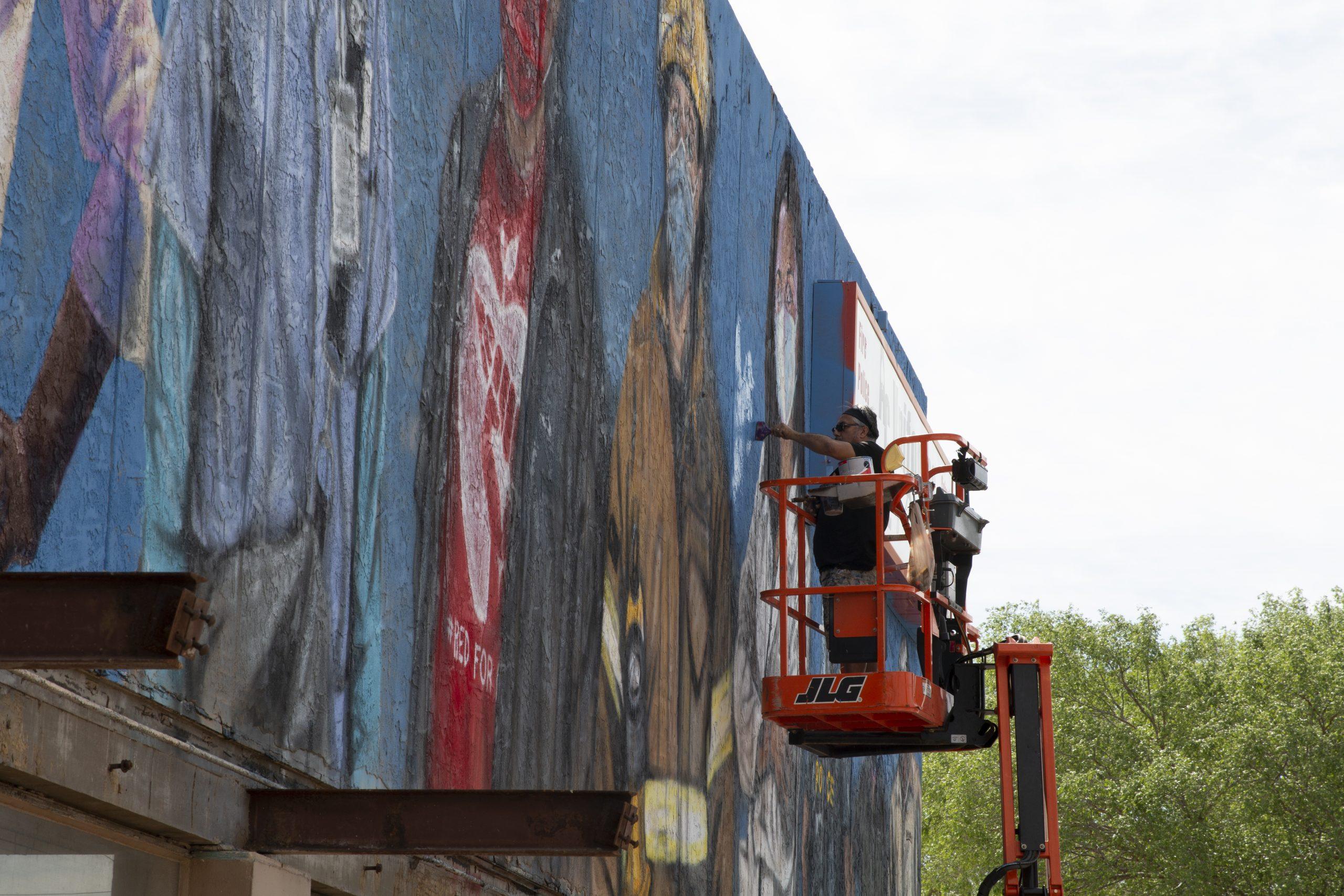 “Murals or anything visual attract attention. People will drive by, see it and think about it,” Medina said. “I wanted to really show diversity of the people of America, and even though we all look differently, we’re all from different backgrounds, we’re still fighting together for the same cause.”

The animations alone reached more than 1 million people, said Lopez, who plans to launch a website in coming weeks to house resources about COVID-19 testing and vaccinations for the Latinx community. New illustrations and infographics will be decimated to help drive traffic to the site.

Lopez hopes to eventually bring a similar campaign to hotspots throughout Latin America.

“There’s no reason … why certain groups should be better off than others with regards to health or socioeconomic well-being. That’s just not the world I want to live in,” he said. “Although we talk about equity … the status quo is still the same. That needs to change.

“So I’m using the skills and the resources that I have access to to do something about it.”

Jake Hedeby and Emma VandenEinde are Cronkite News reporters at the Walter Cronkite School of Journalism and Mass Communication at Arizona State University.