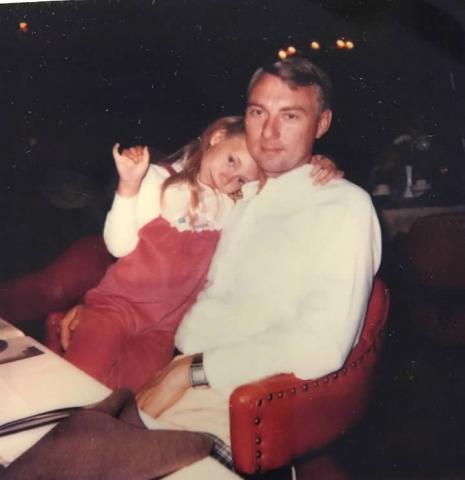 The National Retail Federation expects spending for Mother’s Day to top $28 billion, up $1.4 billion from last year. While many restaurants and retailers are looking to cash in, a few companies are offering customers a way to avoid the holiday.

All the tender commercials and sentimental social media posts about a mother’s unconditional love can move a person to tears. For Phoenix resident Brittany Conklin, they produce tears of sadness.

Her father, Jeff Conklin, died when she was 8 years old. For the next 17 years she and her mother, Susan Conklin, were practically inseparable. And then her mother died.

Mother’s Day and Father’s Day can also be painful for people who are estranged or never met their parents. And the holidays can be difficult for people who’ve lost children, experienced miscarriages or may be struggling with fertility issues.

But this year, one email made Conklin stop. She couldn’t believe the words: “If you’d rather not receive emails from us about Mother’s Day this year, let us know by clicking on the button below.”

The email came from the online marketplace Etsy.

“I was so grateful,” Conklin said. “I feel valued when they give me the option.”

“I feel valued when they give me the option.”
— Brittany Conklin

California-based Parachute Home goes a step further, allowing customers to opt out of emails for both Mother’s Day and Father’s Day.

“Building a strong relationship with our customers is the most important thing we can do as a brand,” said Ariel Kaye, founder and CEO.

Overall, she said a small percentage of the company’s subscribers choose to opt out: "However, the impact that it has on those 2,100 people makes it worth it, you know?”

Not many U.S. retailers offer consumers the option to avoid certain content like TV shows that provide viewer discretion warnings or movies that follow the Motion Picture Association’s rating system, but author Mia P. Manansala follows a similar principle. Her first book in a cozy mystery series was released Tuesday. 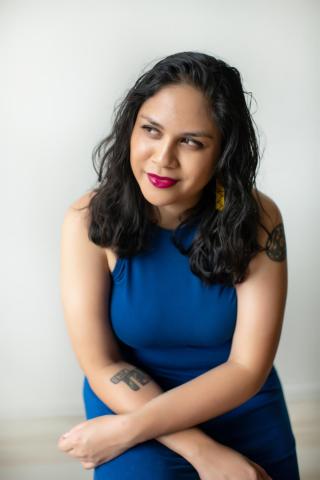 Jamilla Yipp
"I am not going to value a book sale over someone's mental health," said Mia P. Manansala.

She shared the first line: “My name is Lila Macapagal, and my life has become a rom-com cliché.”

Her pages have no sex, no violence, no cursing. But it is a crime story and includes a content warning, a warning Manansala didn’t consider until she explored accurate representation.

Because the culture and language are so important to her character’s world, Manansala hired a sensitivity reader — a woman born, raised and living in the Philippines — to review her novel for authenticity. The reader’s feedback took the author by surprise.

“She was very honest with me,” Manansala said. “She was like, ‘I had to put this down and step away from your book for some time because I wasn’t prepared.’ Like it came out of nowhere for her.”

Some scenes reminded the reader of how police in the Philippines are enforcing President Rodrigo Duterte's war on drugs. Last year, the United Nations Human Rights Council issued a report on the Philippines that cited, “a serious lack of due process in police operations, and near-total impunity for the use of lethal force by the police and the military.” Human rights groups and journalists have reported that police regularly raid homes without warrants and plant drugs and guns.

In her author’s note at the beginning of "Arsenic And Adobe," Manansala included warnings for indications of evidence planting and police intimidation, as well as drug use, fatphobia, racism, and domestic violence. It reads: “It would be a disservice to my readers and any survivors of these illicit issues for me to gloss over these problems or treat their concerns in a flippant manner."

Manansala said a reader’s mental health is more valuable than a book sale. And to people who think content warnings are a form of political correctness or coddling, she said: "If something like that is upsetting to you then I am not the right writer for you because I’m going to be tackling many things and saying many things that people are not going to agree with. Like, no book is for everybody.”

“She was like, ‘I had to put this down and step away from your book for some time because I wasn’t prepared.”
— Mia P. Manansala

Brittany Conklin said a friend who recently lost her mom asked to celebrate Mother’s Day together: “But I told her I don’t feel up to it. It’s something that I think will never go away for me.”

Sixteen years after losing her mother, Conklin will honor her this Sunday by playing Bon Jovi, music they loved — especially these lyrics from “Livin’ On A Prayer:"

“We’ve got to hold on to what we’ve got
It doesn’t make a difference if we make it or not
We’ve got each other
And that’s a lot, for love
We’ll give it a shot.”

"We would just listen to that song on full blast and know that we had each other," Conklin said.

With so many people experiencing different losses over the past year, she’s hopeful that, going forward, more companies will display more compassion.