KJZZ Wasn't Always KJZZ. Here's How The Station Got Its Name 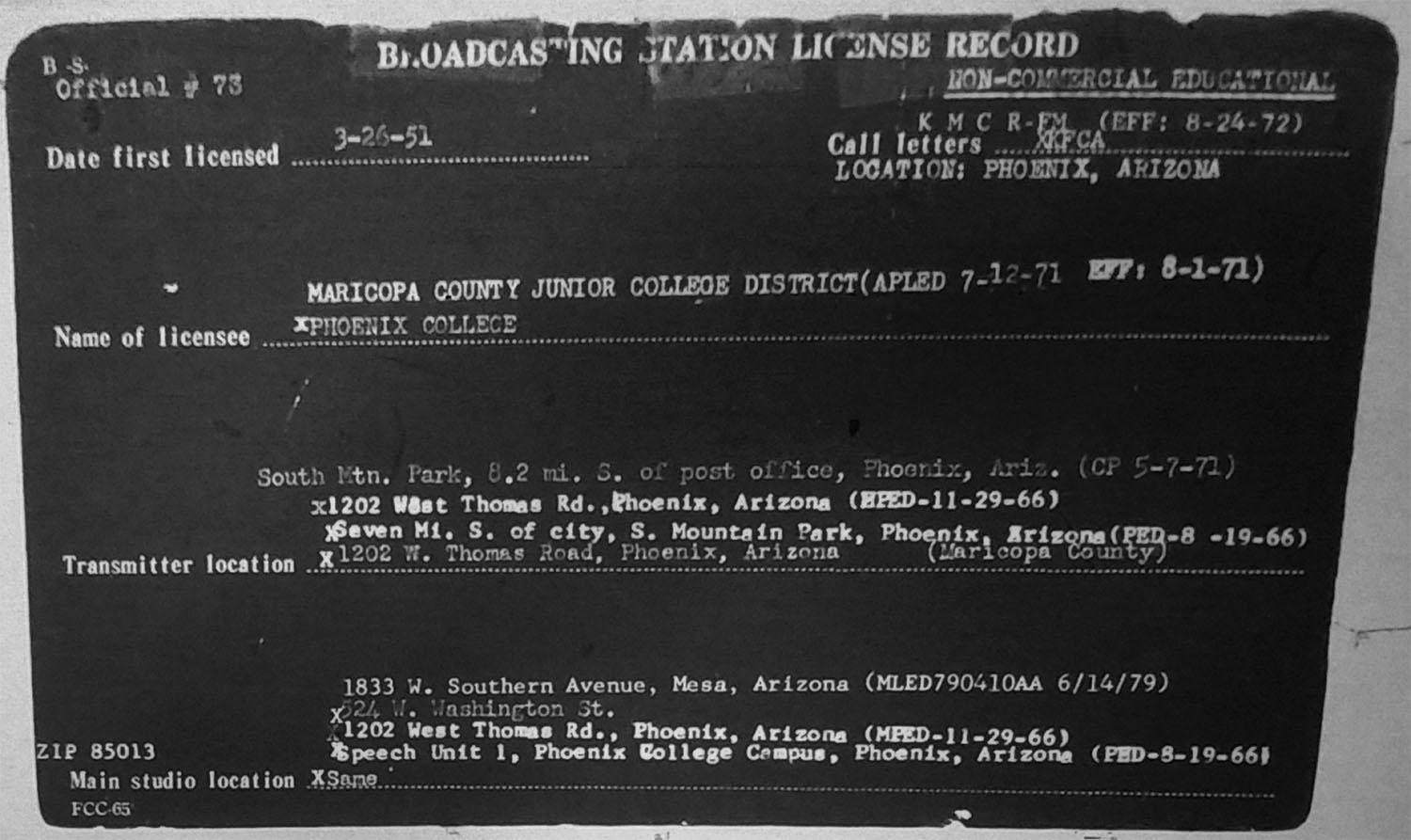 It isn't just the 50th anniversary of NPR’s All Things Considered. It’s also the year KJZZ turns 70. And before it settled on its name, the station had several others.

KJZZ first went to air Feb. 22, 1951 as KFCA, according to the broadcasting station license record filed with the Federal Communications Commission.

Carl Matthusen was the station’s general manager in the late 1970s and first drove to Arizona in 1975.

"Drove over here with my wife and my month-old daughter in the back seat and my wife’s cello in the front seat," he said. 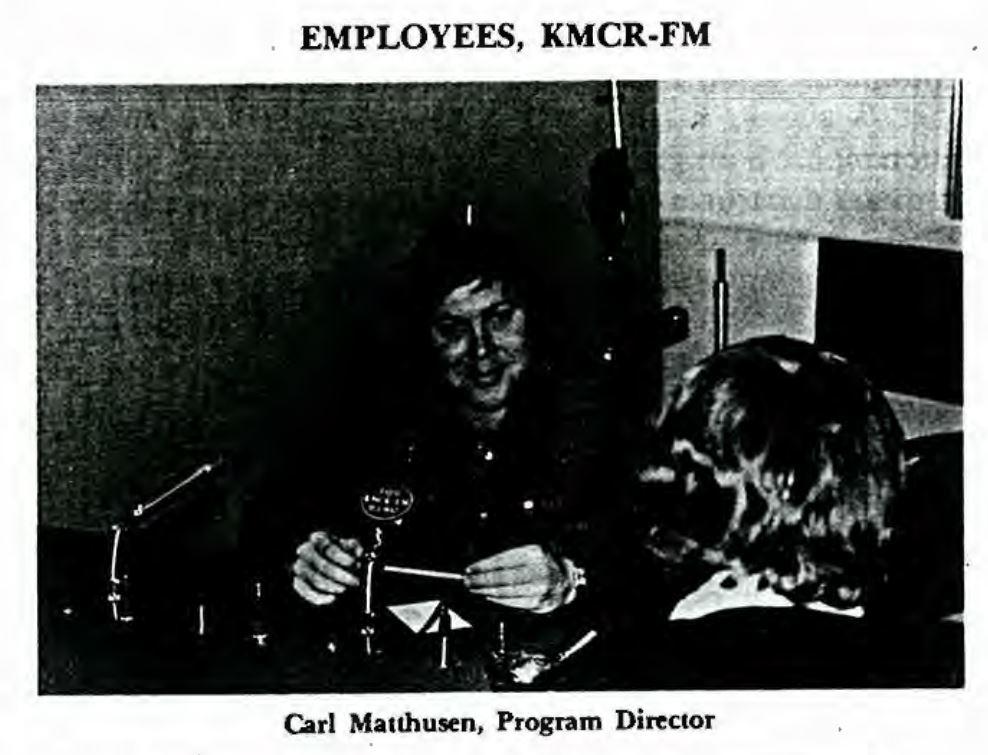 By the time he’d arrived, non-commercial college stations were organizing. But until NPR was formed, KFCA relied on host contributions.

"We had this kind of eclectic thing where we couldn’t afford to really go out and buy much programming," he said.

That meant, opera recordings by a host who liked opera, someone else contributed big band music, another contributed Native American music.

"But we didn’t have any listeners."

By that time KFCA became KMCR. which in itself was an issue because listeners didn't know what the call letters stood for.

"Maricopa County Radio, Maricopa Community Radio — nobody knew! That was part of the problem!" said Matthusen.

"When NPR started, we were able to get some quality programming, which of course then was All Things Considered."

The station relied on mailed-in reels of stories from NPR. Then sending them by mail to the next station on the list, what Matthusen calls "bicycling tapes." 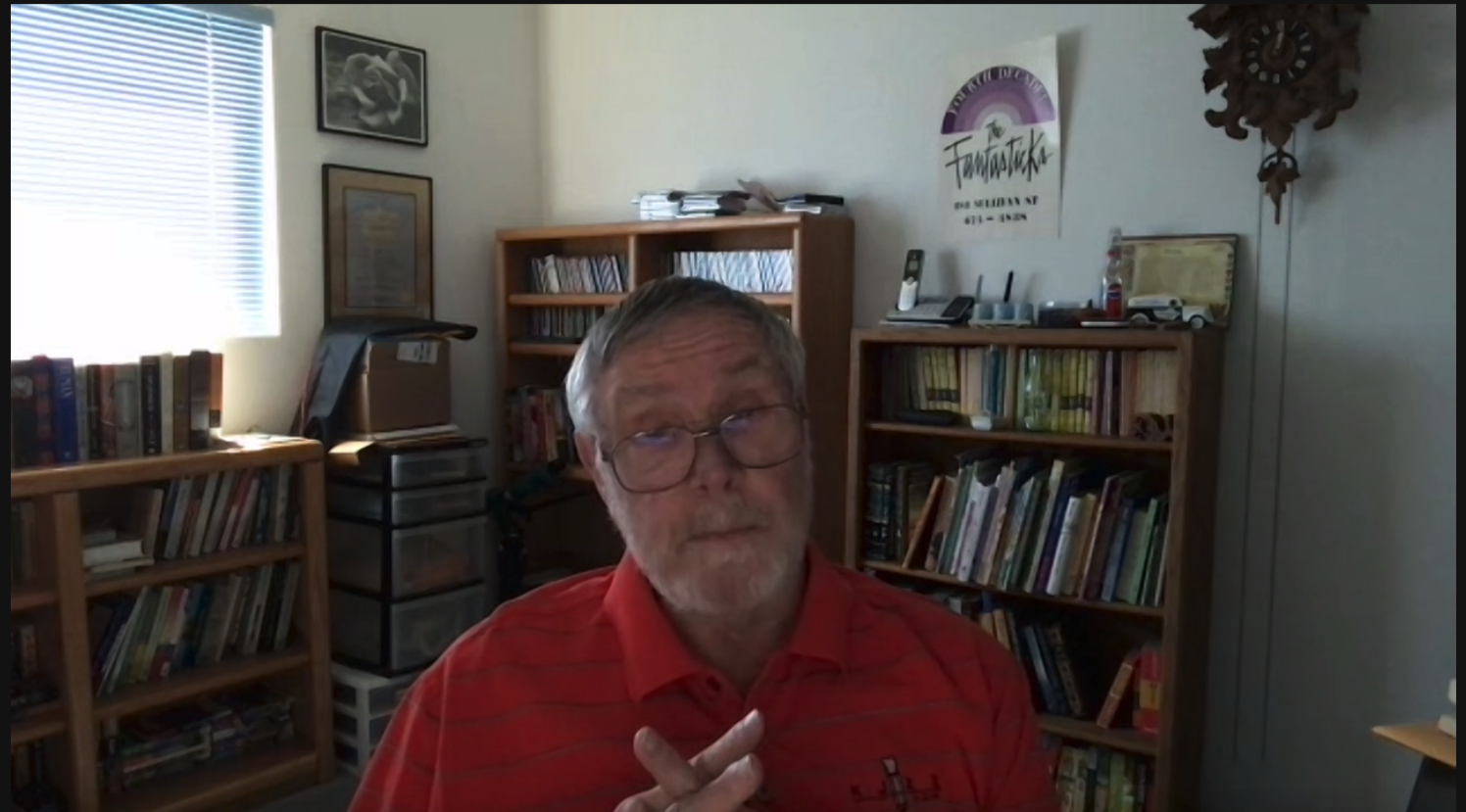 Screen shot
Carl Matthusen sits down in April 2021 via Zoom to talk about KJZZ's first days.

It wasn’t until 1985 that the little station that started off as an experiment with the Phoenix College physics department finally settled on the call letters KJZZ,  to reference its night jazz programming.

"I was looking for something besides KMCR, something that would work for us," he said.

Matthusen got word that a Tacoma, Washington, station was changing formats and about to give up KJZZ. He told the station’s lawyer:

"As soon as they’re available, we wanted them," he said.