President Joe Biden ends the first 100 days of his presidency next week, a traditional honeymoon period when presidents lay out the first big agenda items of their term. KJZZ reporters bring you a series looking at how decisions in those key points will affect Arizona.

Listen To This Story

But when he was in eighth grade, Mendez and his family found the Promise For the Future program that covers the cost of attending community college for Pinal County high school grads. All Mendez had to do in exchange was pledge to get good grades and finish high school. 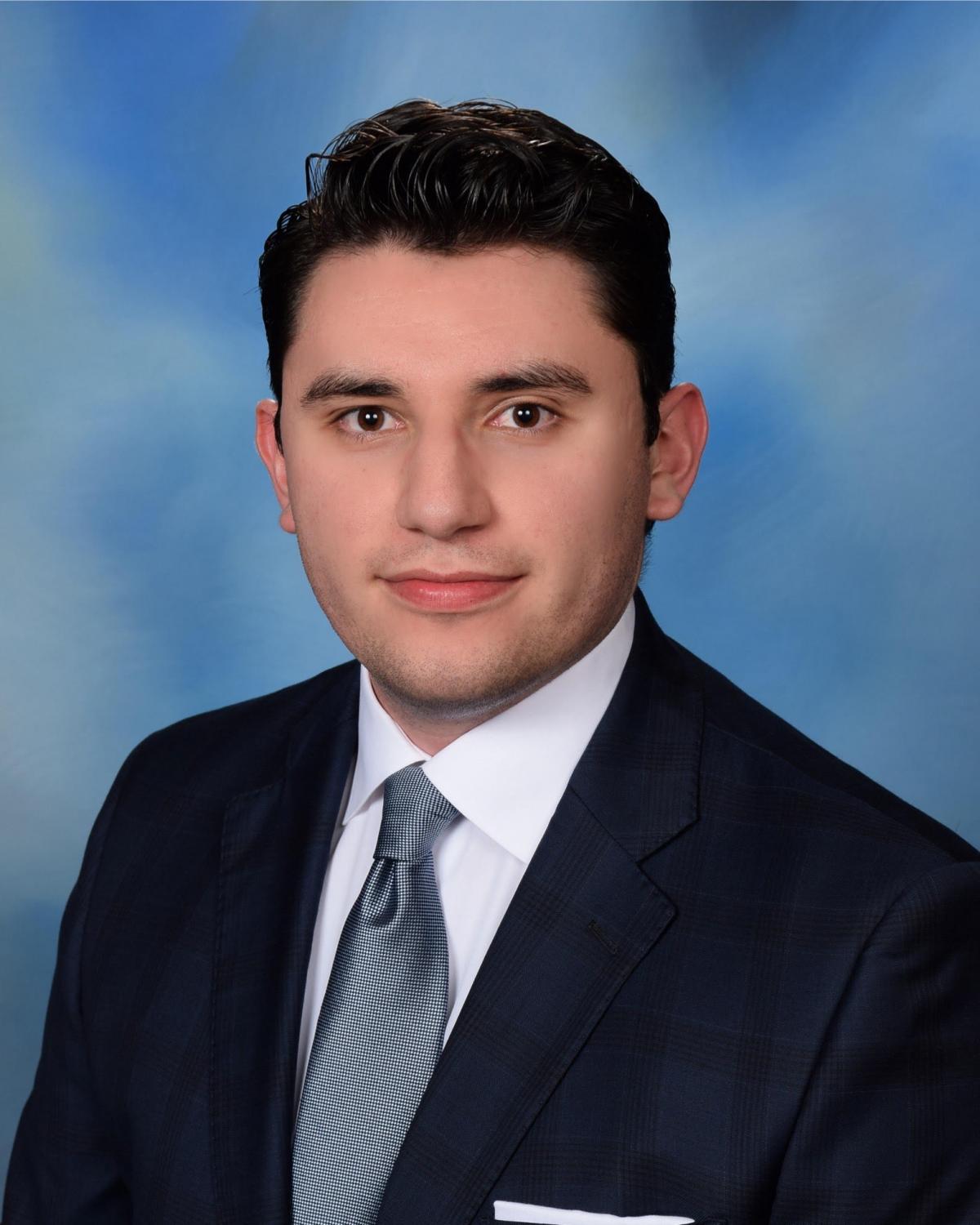 Gilberto Mendez says he likely wouldn't have gone to college if it weren't for a program helped pay for the cost of attending Central Arizona College. Gilberto Mendez

“So when I signed it, I remember my parents had to sign it as well, and I gave them the paper when I went home," he said. "When they saw it, they were like, ‘Oh my god. This is life changing. You definitely have to do this.’ They kind of sat me down and told me take this seriously, please."

Thanks to the program, Mendez was able to attend Central Arizona College for free in 2012. Three years later, he transferred to Arizona State University and in 2017 he graduated with degrees in economics and political science. Mendez is now pursuing a master’s degree at Arizona State University's Thunderbird School of Global Management.

“I know definitely if it weren’t for the program, I would have not gone to college," Mendez said. "Nowhere in my mind would I have considered college just due to the price tag."

While this program may have helped Mendez, students in other parts of Arizona might not have the same support. President Joe Biden is hoping to change that by making colleges and universities nationwide tuition free.

“Quite simply, 12 years of education is no longer sufficient," said Biden at a 2019 event sponsored by the Brookings Institute. "So we need widespread access to affordable education. College, community community, they should be free in my view.”

Last week, U.S. Sen. Bernie Sanders and U.S. Rep. Pramila Jayapal introduced legislation that mirrors language in Biden's plan for education beyond high school titled the College for All Act that would make two-year community college free for all, and four-year public university free for families making up to $125,000 per year. Unlike other similar state promise programs, College for All would be a first dollar program meaning students can put their Pell grants and scholarship toward paying for additional college expenses such as textbooks, transportation and housing. The bill also proposes doubling the Pell grant, making the max award amount close to $13,000.

The bill would do this through a federal-state partnership where the federal government pays for 75% of the costs and state governments foot the remainder of the bill. By doing this, the bill would prevent a debt crisis like the one that exists today where more than 45 million people hold over $1.7 trillion in student loan debt, the lawmakers said in a April 21 statement.

“While President Biden can and should immediately cancel student debt for millions of borrowers, Congress must ensure that working families never have to take out these crushing loans to receive a higher education in the first place,” Jayapal said.

“... Congress must ensure that working families never have to take out these crushing loans to receive a higher education in the first place.”
— U.S. Rep. Pramila Jayapa

"It is absolutely unacceptable that hundreds of thousands of bright young Americans do not get a higher education each year, not because they are unqualified, but because their family does not have enough money," Sanders said. "The time is long overdue to make public colleges and universities tuition-free and debt-free for working families.”

What Would Free College Mean For Arizona

Even before this bill was introduced and Biden took office, the Arizona Board of Regents had been pushing to make college more accessible to students, especially those from low-income backgrounds. In Arizona, only about half only about half of students attend postsecondary education right after graduating from high school, according to the Education Progress Meter by Expect More Arizona. If nothing changes, ABOR predicts that by 2029, only about 18.5% of Arizona ninth graders will have a bachelor's degree.

“So if we raised access and if President Biden’s legislation caused more students to stay in high school and go to college, we’ll have a healthier, happier, better-educated state and a better workforce, said ABOR chair Larry Penley. The board has not officially taken a position on the bill.

Ian Syfert with AdviseAZ AmeriCorps believes it could be a big help for the students he works with, especially non-traditional students who are not freshly out of high school and are already working. 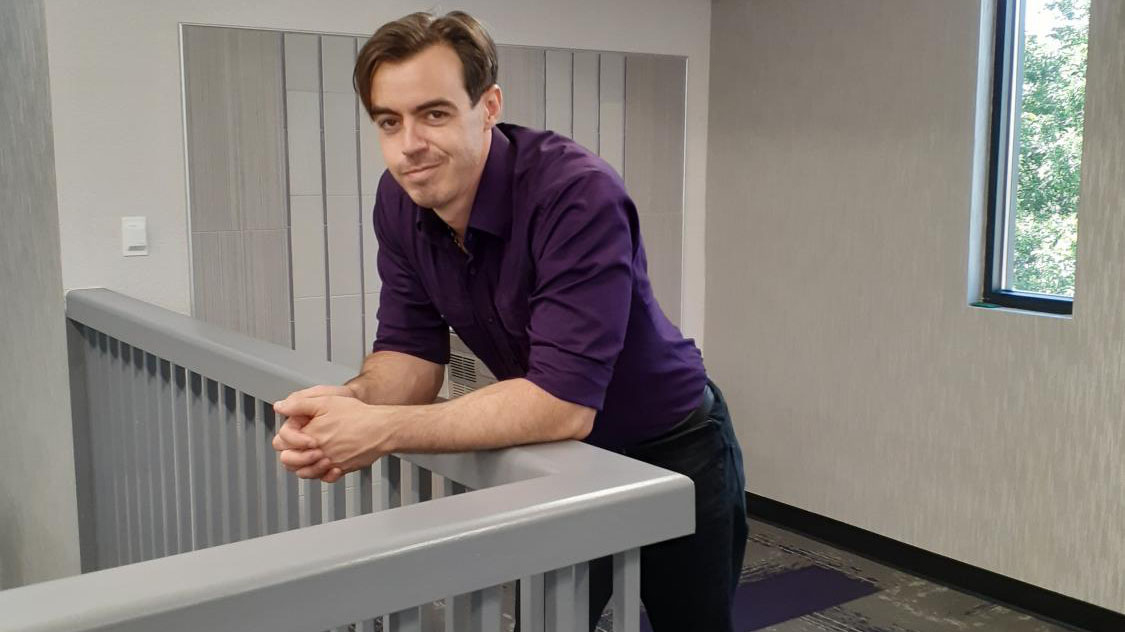 “They want to get more education to kind of further their career and stuff but sometimes they end up in a place where maybe you can’t really cut back on enough work or anything or you don’t make quite enough to be able to afford some of the classes," he said.

The bill would also help the 32-year-old Safford resident who’s currently a student at Eastern Arizona College. Syfert is able to pay for tuition through a combination of financial aid and scholarships, but he said securing that aid by keeping his grades up while working full time can be stressful. He also knows the cost will be higher once he transfers to Northern Arizona University.

Students are not the only ones in support of this bill. A March poll by the Campaign for Free College Tuition found that 81% of Americans, including 65% of Republicans, favor offering free community college. They’re a little less supportive of making universities free.

“But it’s still 72% and it still includes a majority of Republicans, 53%," said Morley Winograd, the organization’s president. 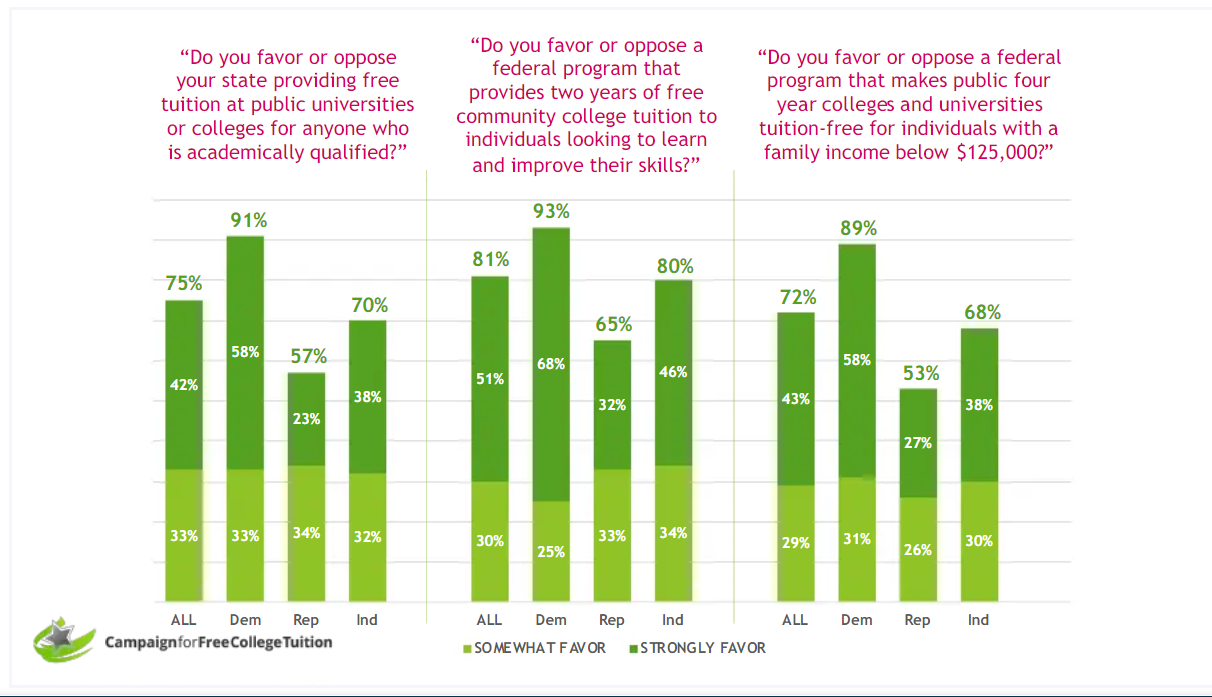 Before the legislation was officially introduced, he said Biden’s plan had a good chance of succeeding in Congress, particularly the free community college portion.

"It’s not very costly at all. It’s around $9 billion," Winograd said.

For Douglas Harris, an economics professor at Tulane University in New Orleans, it’s not whether Biden’s proposal has a chance of passing, but rather what form it will end up taking when passed.

"Among Republican senators there’s a fair amount of support for it. So given that the Democrats control both houses and the White House and it’s one of the president’s signature agenda items, I don’t think there’s any question something will pass," he said.

Back in Casa Grande, Mendez, a Republican voter and governing board president of his city’s elementary school district, hopes both parties can work together on this legislation so other students like him, including his own little brother, can go to college.

“College has gotten so expensive, right, and I’m sure there’s a lot of factors for that, but if this program, if it can cover at least tuition I think that would help so many struggling families out there to help improve themselves," Mendez said. "They’re the next generation of Americans.”