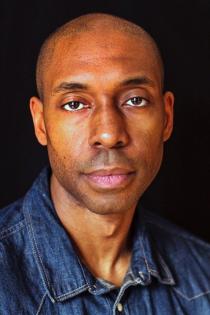 On April 20, a Minneapolis jury found former officer Derek Chauvin guilty of all counts in the killing of George Floyd — including third degree murder and second degree unintentional murder.

Even those who cheered the verdict, though, have some disagreements about what it means for progress toward racial justice in our society. Was it a first step? Will it ultimately only be a one-off?

To discuss the trial’s outcome and its potential impact, The Show spoke with ASU associate professor Rashad Shabazz.

Professor, how profound an effect can or will this verdict have?

This is the beginning of the beginning. This is the beginning of what will no doubt be a long, intractable, difficult struggle over not only racial justice and the value of Black people's lives, but it also be a struggle over political power over states and municipalities, political parties — particularly the Republican Party, and their willingness — or I should say — their unwillingness to listen to the fears and anxieties, to the broken lives that racism — state-sanctioned racism in the form of policing  has brought to Black communities. ... But this is not justice, right? Justice is about what love looks like in public. And this is not about love in public. This is about accountability. But it is a beginning, and it's the beginning of the beginning. And I think we will continue to see this moment play out for years to come.

I think both. I think in terms of the impact of structural racism, this is going to be the beginning of the beginning of that conversation. And for forms of legislation, for community-based responses to racist policing. It will be the beginning of the beginning of how, you know, academic institutions, how the law responds to Black victimization. But it also will be the start of this conversation that communities are going to have, that family members are going to have and particularly for white people. ... In saying this, I really want all the white listeners to hear this: That the end of police violence on Black and other communities of color really boils down to white people's commitment to racial justice. If white people do not have a commitment to racial justice, if white people think that because police violence doesn't negatively affect them and that it's someone else's problem, then we will continue to have this issue. ... If white Americans see that this is their struggle, that this is their responsibility, then we will actually, we will see deep and profound structural change.

When we think of Dr. Martin Luther King Jr., of Malcolm X, they have different approaches but certainly are names that have been known for decades and will continue to be known forever. Where does George Floyd's name fit in there?

George Floyd will go down in many history books as the spark that ignited a global flame for the value of Black lives and for anti-racism. You know, I read a piece in the New York Times a few months ago, and I read it again yesterday that said the movement for Black lives might be the largest movement — social movement — in U.S. history. And the reason that is significant is because, you know, this Black man who was who was murdered on the streets of south Minneapolis gave rise to a national, multiracial, intergenerational and, and ultimately global movement to change how we think about the value of Black people's lives and to center race as a way of understanding power, politics and who does and who doesn't value. So his name ... will be part of the record for generations.