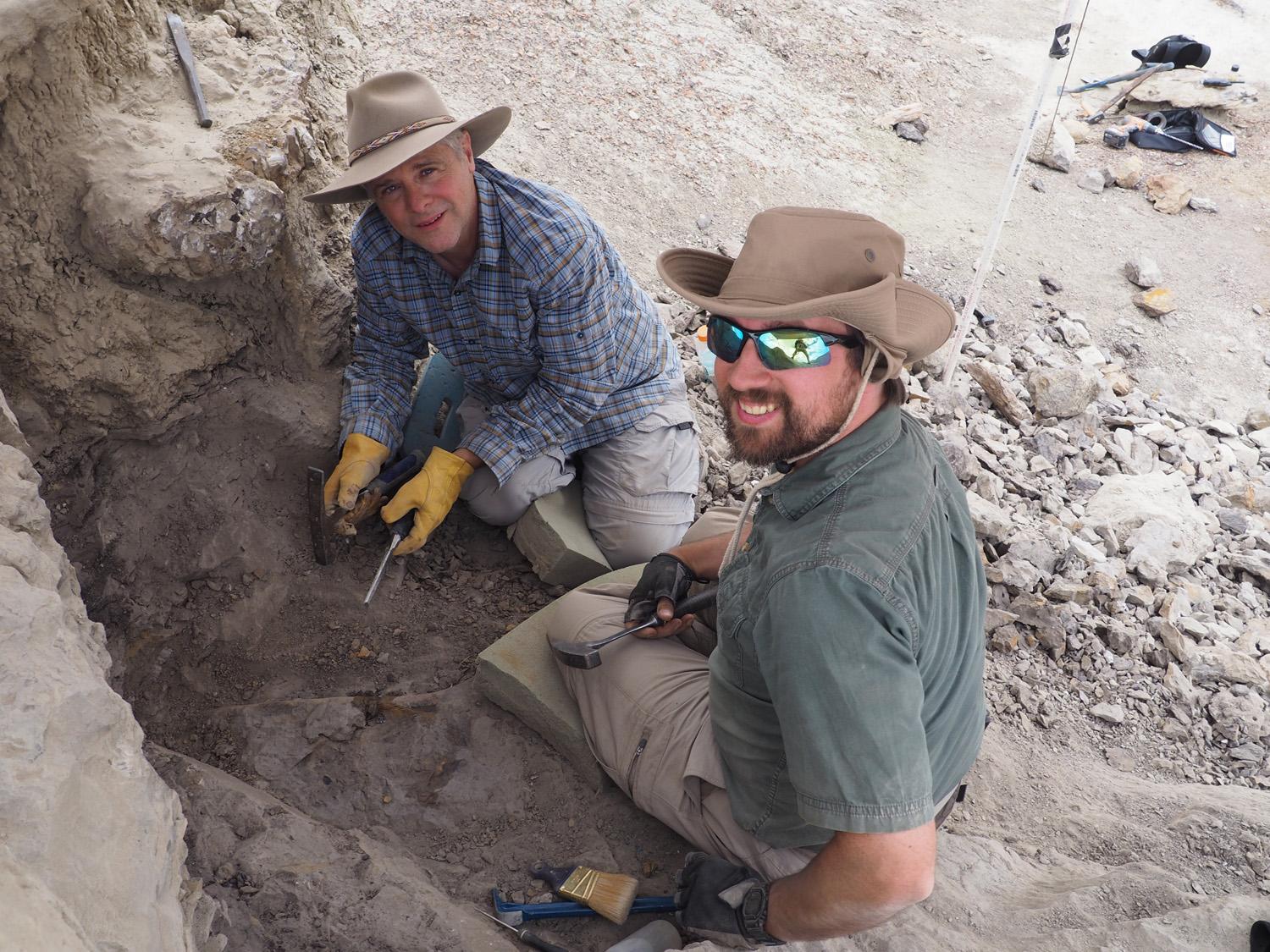 Let’s step back in time — about 80 million years. That’s the approximate age of the Ornatops incantatus, a duck-billed, plant-eating dinosaur that lived in northwestern New Mexico.

"It's the coolest Easter egg hunt you could ever imagine," said Sherman Mohler, an engineer from Gilbert and president of the Southwest Paleontological Society.

His partner on that particular trip was Derek Hoffman, a geologist at the University of Arizona.

The men are volunteers, accompanied by professional investigators. As Mohler explains, the volunteers do everything from preparing food to excavating delicate ancient bones.

"We can have serious issues and conditions out in the field," Mohler said. "And you really need to know you can rely on the person next to you to have a spare bottle of water to help, frankly, bandage you if you tumble down a hill and really get ripped up badly."

In fact, Hoffman got so excited when he discovered the creature’s brain casing that he rolled his ankle while running to tell the others. Luckily, it was just a bad sprain. 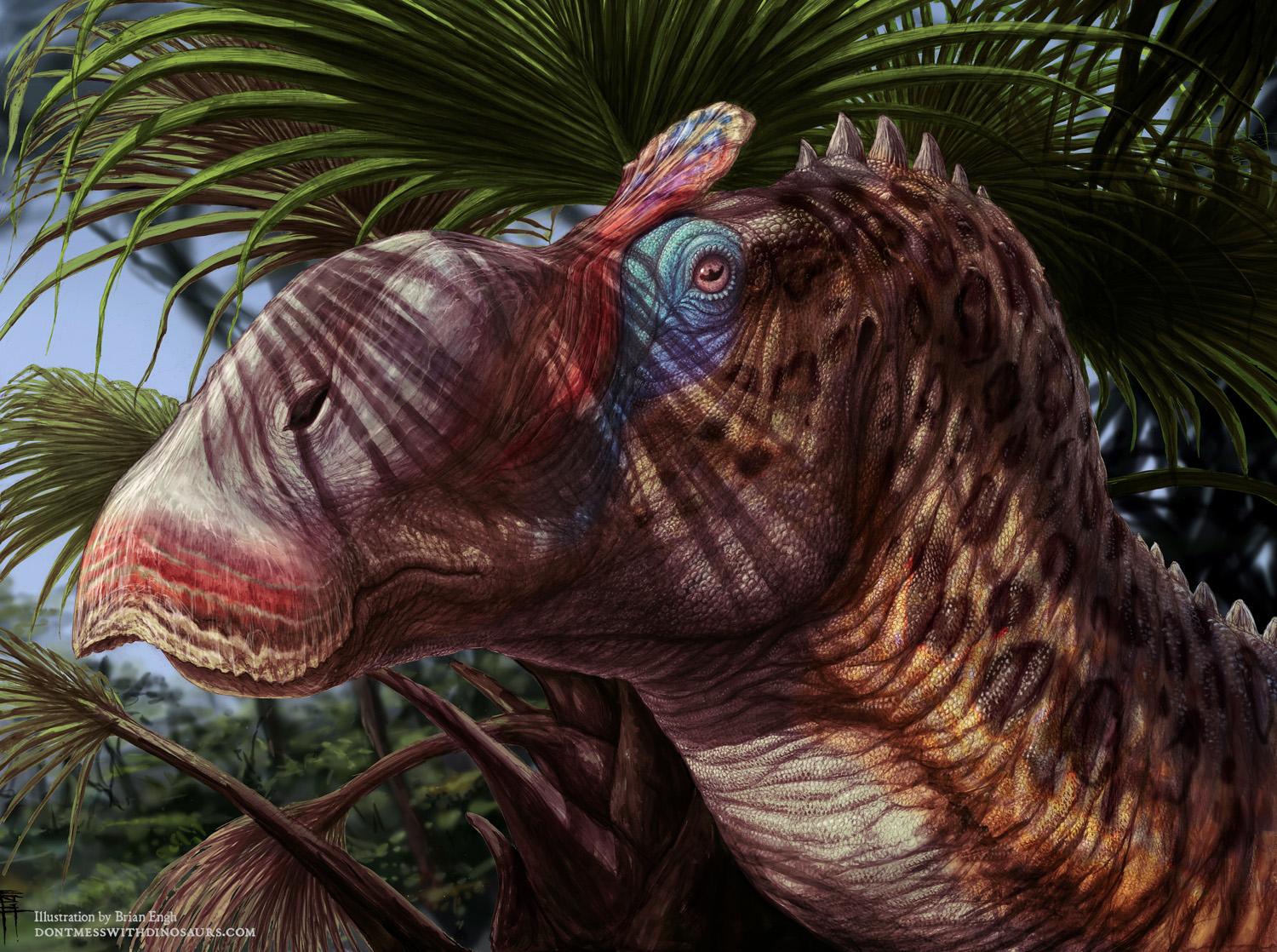 Being the first to discover the new dinosaur, he and Mohler got the chance to name it.

"It was probably a very beautiful, elegant animal. And so it, was given the name 'Ornatops' for ornate face," Mohler said. "And that's the genus name, the family name, if you would. And then the species name incantatus means 'the land of enchantment,' because we wanted to kind of tip our hat to New Mexico in the work we're doing there."

The Ornatops incantatus was likely the largest creature in its ecosystem, weighing in at about 600 pounds. Citizen scientists have also discovered other dinosaurs as well as a 50-foot super crocodile.

Mohler said he likes to imagine the backstories behind his discoveries.

"We always think about the T. rexes out there just wreaking havoc, and yeah, that probably happened more often than not. But I like thinking that this was a nice family, a guy or gal that had a wonderful, full life and raised its family and laid down right next to the tree that we found — this big old petrified tree — and enjoyed its final few moments on this earth," Mohler said.

While much of the Ornatops has been excavated, some of it remains in the spot where it was discovered. Work has been slowed by the pandemic — but there’s no rush. After all, the two men say the bones have been waiting to be discovered for 80 million years. They can wait a little longer. 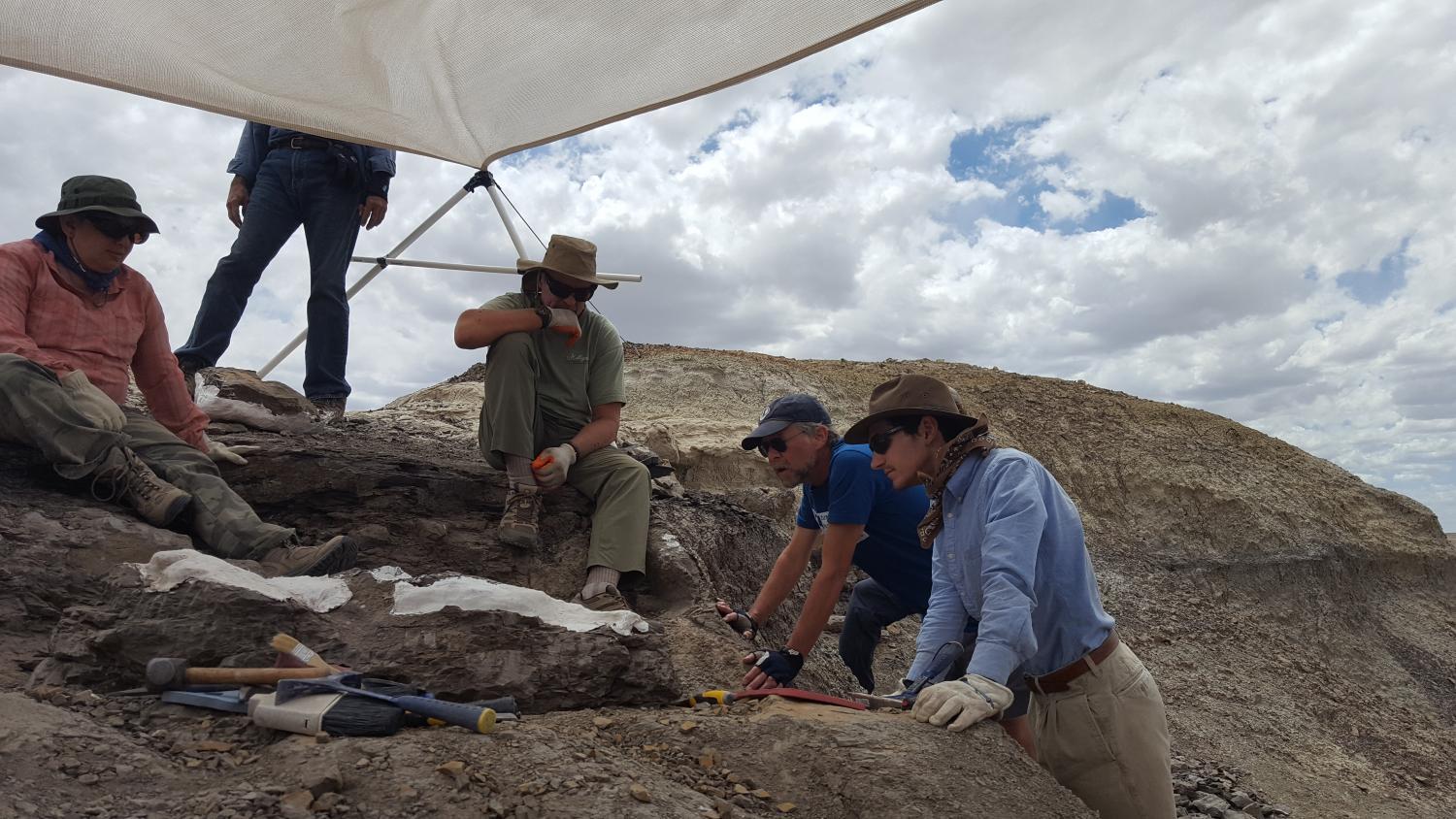 A description of the dinosaur by paleontologists Andrew T. McDonald, Douglas G. Wolfe, Elizabeth A. Freedman Fowler and Terry A. Gates appears in the open-access journal PeerJ.

Just across the border in New Mexico lies the Menefee Formation, a geological structure of sandstone and shale that holds the richest trove of Late Cretaceous dinosaur bones in western North America. There, Hoffman and Mohler unearthed the skull and skeleton fragments of Ornatops incantatus.

"This is a particularly significant find because this animal was large and therefore it had a big effect on its environment," said Alison Stoltman, curator of education and acting director of AzMNH.

The large, duck-billed hadrosaur, named for its notable nose crest, dwelled in a humid, lush ecosystem along the Western Interior Seaway, a shallow sea that once divided western North America from the eastern part of the continent.

"Believe it or not, despite this creature being found in New Mexico, it lived near the beach," said Stoltman.

"Now, of course there was no borders. So these animals would definitely have been migrating and grazing all over Arizona, too."

The find marks the earliest and southernmost remains so far of a brachylophosaur, a mid-sized sub-group within the hadrosaurs whose remains are mainly found in southern Alberta, Canada, and Montana.

Hoffman and Mohler are members of the Southwest Paleontological Society, a partner organization of AzMNH, whose citizen scientists also are volunteers of the museum. The field research team and included members of the the Zuni Dinosaur Institute for Geosciences in Tempe and the Western Science Center in California.

Stoltman said Mohler was careful not to get his hopes up too soon. Discovering new dinosaur species involves a lengthy process of excavation and analysis that all too often peters out.

EDITOR'S NOTE: The story has been updated to correct the photo credits and to correctly identify Sherman Mohler in a photo.