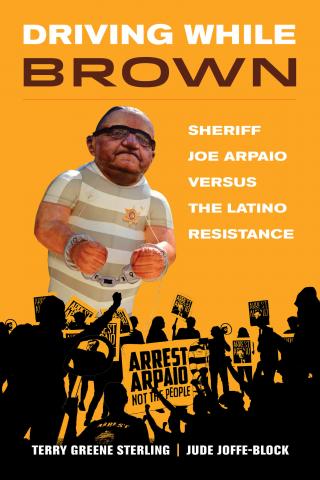 Joe Arpaio was first elected Maricopa County Sheriff in 1993, and it didn’t take long for his over-the-top personality to capture the imagination of some and offend many others. He became better known as "America’s Toughest Sheriff" who made some offenders stay in a tent city, while proudly forcing them to wear pink underwear and eat green bologna.

But after nearly 12 years in office, Arpaio’s points of emphasis made a dramatic shift. He started to focus on undocumented immigrants, and many believe his policies and rhetoric eventually led to Donald Trump’s political success.

In the new book "Driving While Brown: Sheriff Joe Arpaio vs. the Latino Resistance," journalists Jude Joffe-Block and Terry Greene Sterling write about Arpaio’s history and his impact on the Latino activism that has become such a huge part of Arizona politics and culture.

The Show spoke with them to learn about their findings.