Mexico’s President Wants Trees, Crops And Visas From The U.S. 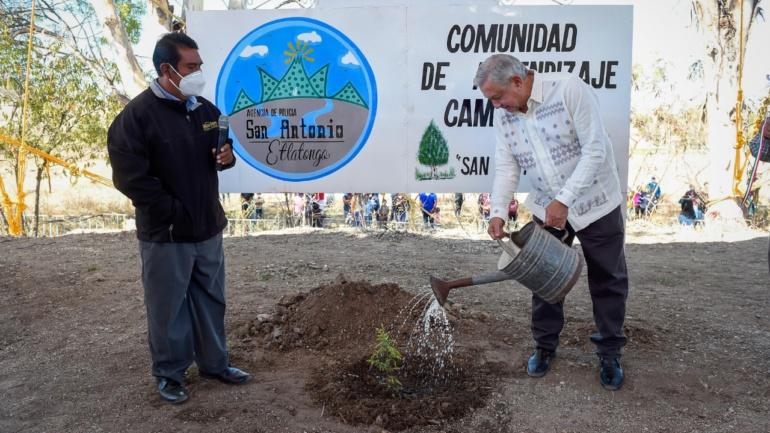 MEXICO CITY — Mexico’s president has a plan to try to stop climate change and Central American migration simultaneously. And to make it happen, he wants support from the United States.

President Andrés Manuel López Obrador promotes "Sembrando vida," a program for the cultivation of crops, as well as fruit and wood trees, in southern Mexico and Central America.

The president said the project helps the environment and regulates migration by reforesting the land and boosting regional economies.

López Obrador said on Thursday he will ask for President Joe Biden’s support to get a $1.4 billion investment from the U.S. and a visa program for field workers with a path for citizenship.

The president says he invited Vice President Kamala Harris to visit the region this year.

Mexico has already invested millions in the project, but critics say the program is falling short, as immigration keeps growing while the economies fall.