'So Extra': How Phoenix Boutique Mucho Más Got Bigger During The Pandemic 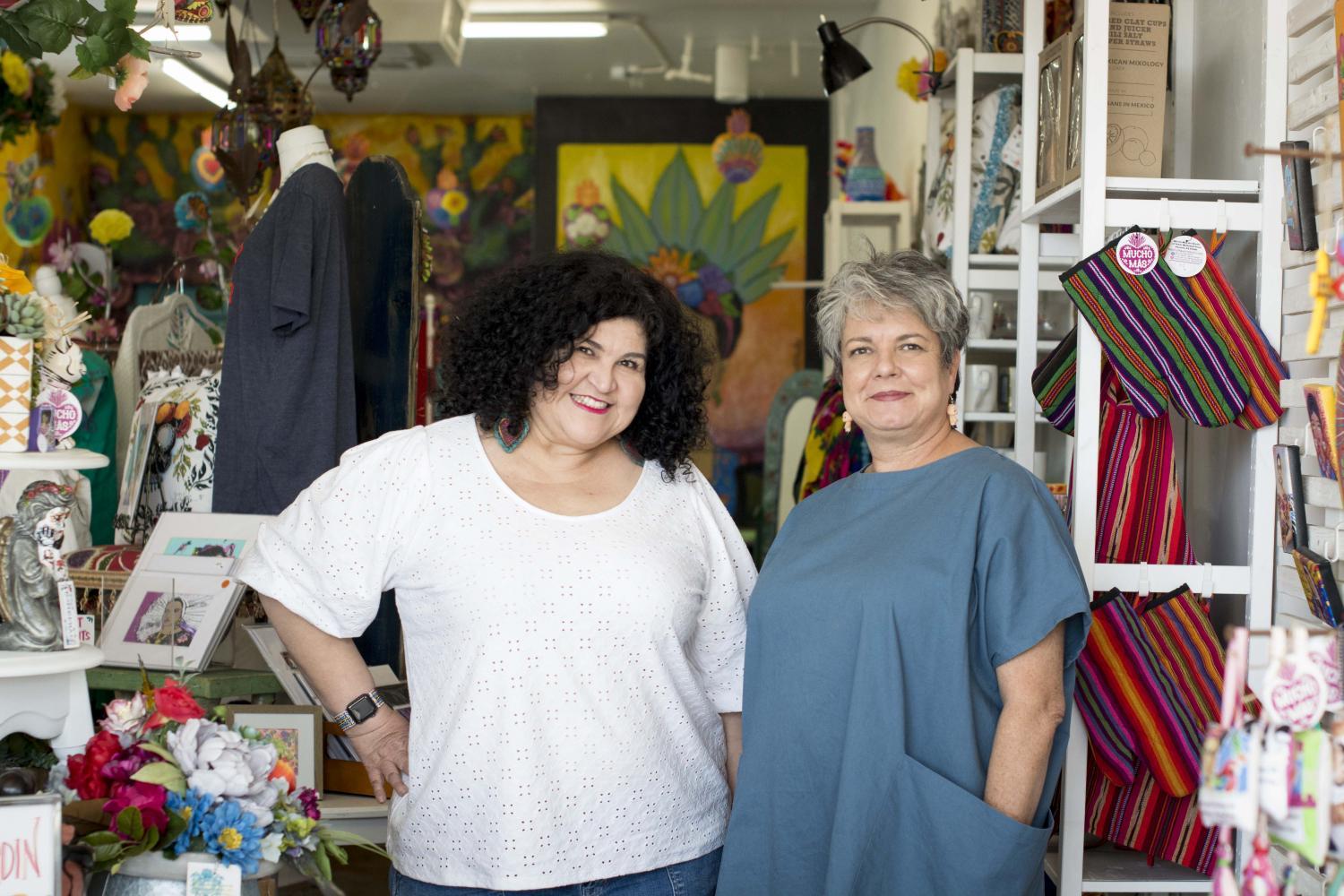 Katherine Davis-Young/KJZZ
Kathy Cano-Murillo and Emily Costello are the owners of Mucho Más.

Mucho Más in central Phoenix feels like it has a little bit of everything. It’s an art gallery, it’s a boutique, it’s got a studio space for workshops and events, and the shelves are full with intricate textiles, framed art, eclectic jewelry, and hand-painted ceramics.

“We always tell people, if you see something, buy it because our inventory changes weekly," said Kathy Cano-Murillo, one of the boutique's owners.

Even though most business restrictions in Arizona have been lifted, many small businesses are still trying to find their footing after months of economic uncertainty.

For Mucho Más, the pandemic has brought major challenges and surprising new opportunities. And the owners say the past year has reaffirmed their beliefs in the importance of unique, local businesses.

Cano-Murillo and co-owner Emily Costello are both artists with styles that are colorful, joyful and loud.

“We were joking how our kids always tell us, ‘Oh, Mom, you’re just so extra,’ and we were like, ‘What is the Latino version of being so extra?’ and Emily’s like, ‘Mucho más!’” Cano-Murillo said. 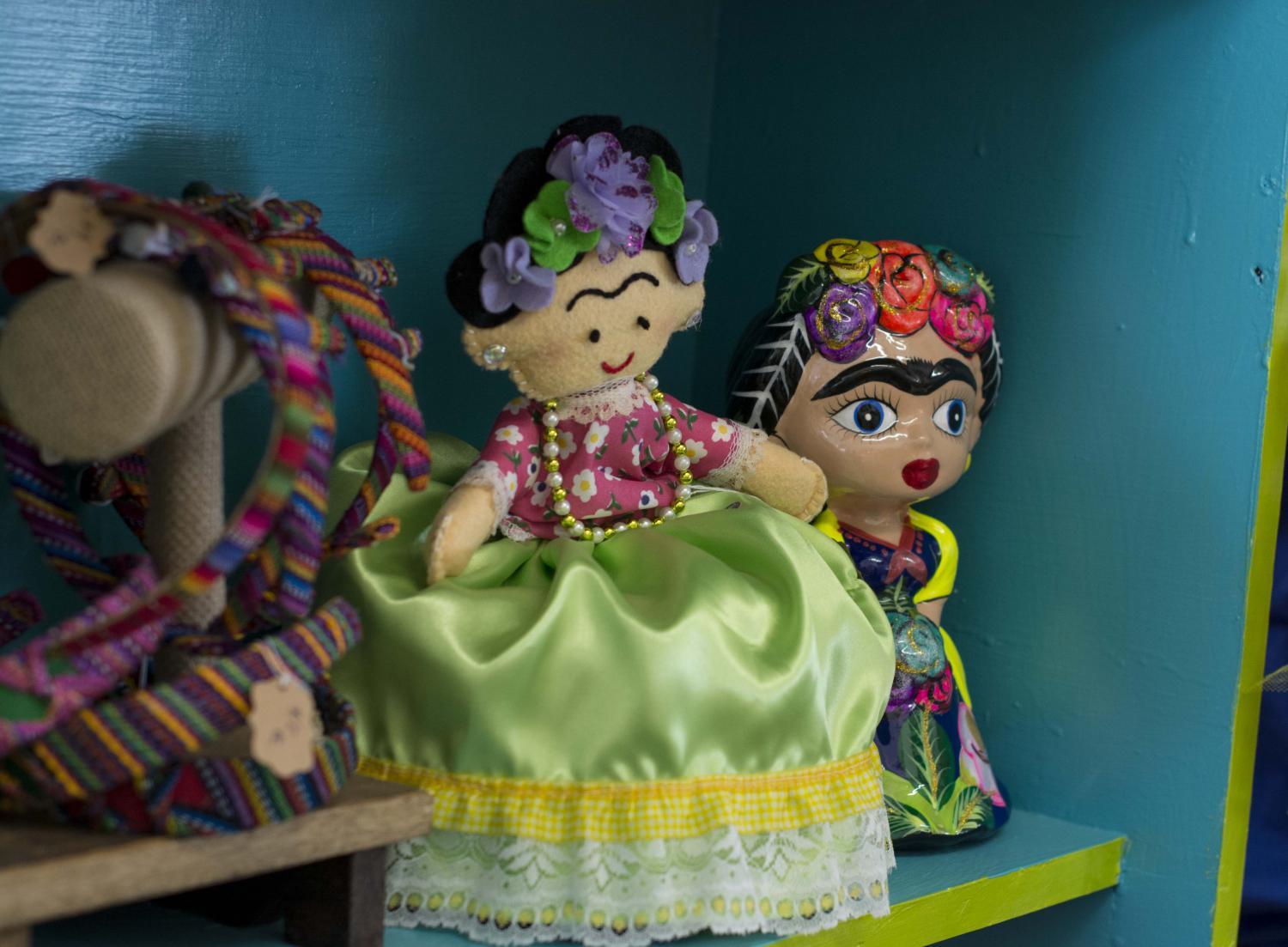 “We’re both of Mexican descent and so that plays a very large part in our art making and just who we are," Costello said.

For years, Cano-Murillo and Costello had collaborated on pop-up events to showcase their art, but they hadn’t really envisioned teaming up on something brick and mortar until a few years ago when Cano-Murillo took part in a finance workshop.

“And I had to do a little business plan, and I thought, ‘No way, I would never open a retail boutique,'" Cano-Murilllo said.

But not long after, in 2017, a little studio space became available in the back half of a shop on McDowell Road, and the two empty nest moms decided to take on the challenge.

“We didn’t know what the heck we were doing, we just came in hot, a lot of enthusiasm and we figured it out as we built it," Cano-Murilllo said.

But then came the pandemic. It meant those pop-up events Cano-Murillo and Costello had been doing had to stop. Their in-person paint nights and ceramics workshops were on pause. And the other business that had been sharing the front half of their building packed up and moved entirely online.

The timing was daunting, but with a lot more square footage suddenly available, Cano-Murillo and Costello wondered, could they expand?

“So we talked to our landlord and we’re like, ‘OK, we’re going to expand our business in the middle of the pandemic,'" Cano-Murilllo said.

“A lot of people thought we were crazy to do it during COVID, but it actually worked to our advantage because things happened for us so organically we were able to take the time to sit down and plan out a vision," Costello said. 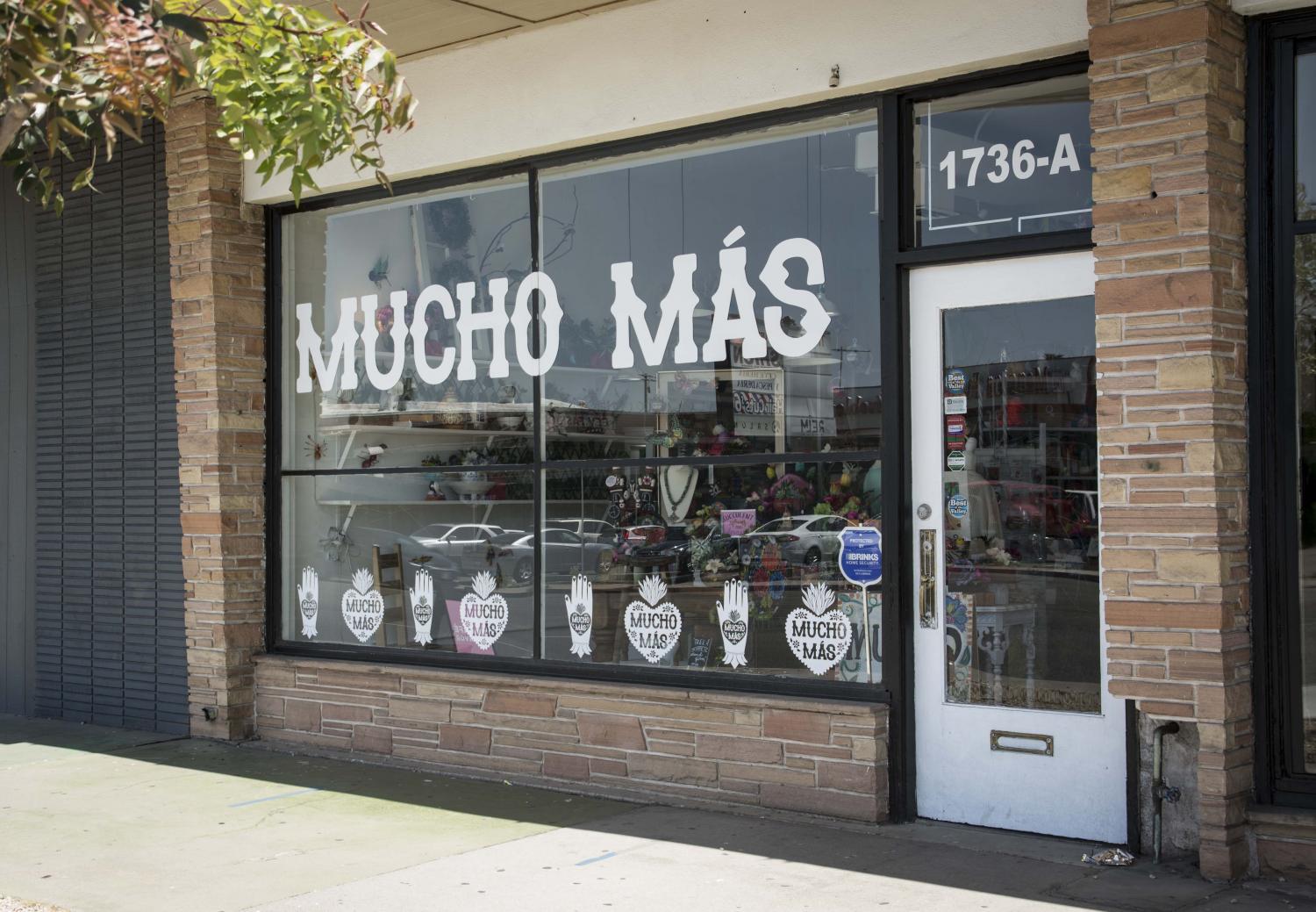 Katherine Davis-Young/KJZZ
Mucho Más has been on McDowell Road in Phoenix since 2017, but it expanded during the pandemic.

So the backroom gallery grew to a full-sized boutique in October. Costello said it was an auspicious month to re-launch, since it was right before Día De Los Muertos, the Mexican holiday celebrating loved ones who have passed on.

“I think because of the challenging times we were in last year, to celebrate that holiday was more important than ever," Costello said. "So we began in October having supplies to build your own altars, so we were pretty busy in October, thankfully."

They also moved some of their art classes online, including a popular make-your-own Día De Los Muertos Barbie workshop. And Cano-Murillo said they found other ways to adapt their inventory to pandemic times, including holding weekend face mask sales.

“In the world of social distancing, you can’t have beautiful embroidered masks from Mexico without people fighting over them," Cano-Murilllo said.

About six months since expanding, they say things are going pretty smoothly.

Cano-Murillo said sometimes it’s hard to even keep up with the demand for the earrings and art pieces she and Costello make by hand. She thinks that “Mucho más” philosophy just resonates with a lot of customers.

“This is a space where we can come in and just own it, and say this is who we are," Cano-Murilllo said. "Estamos aquí: We are here, we’re doing the thing." 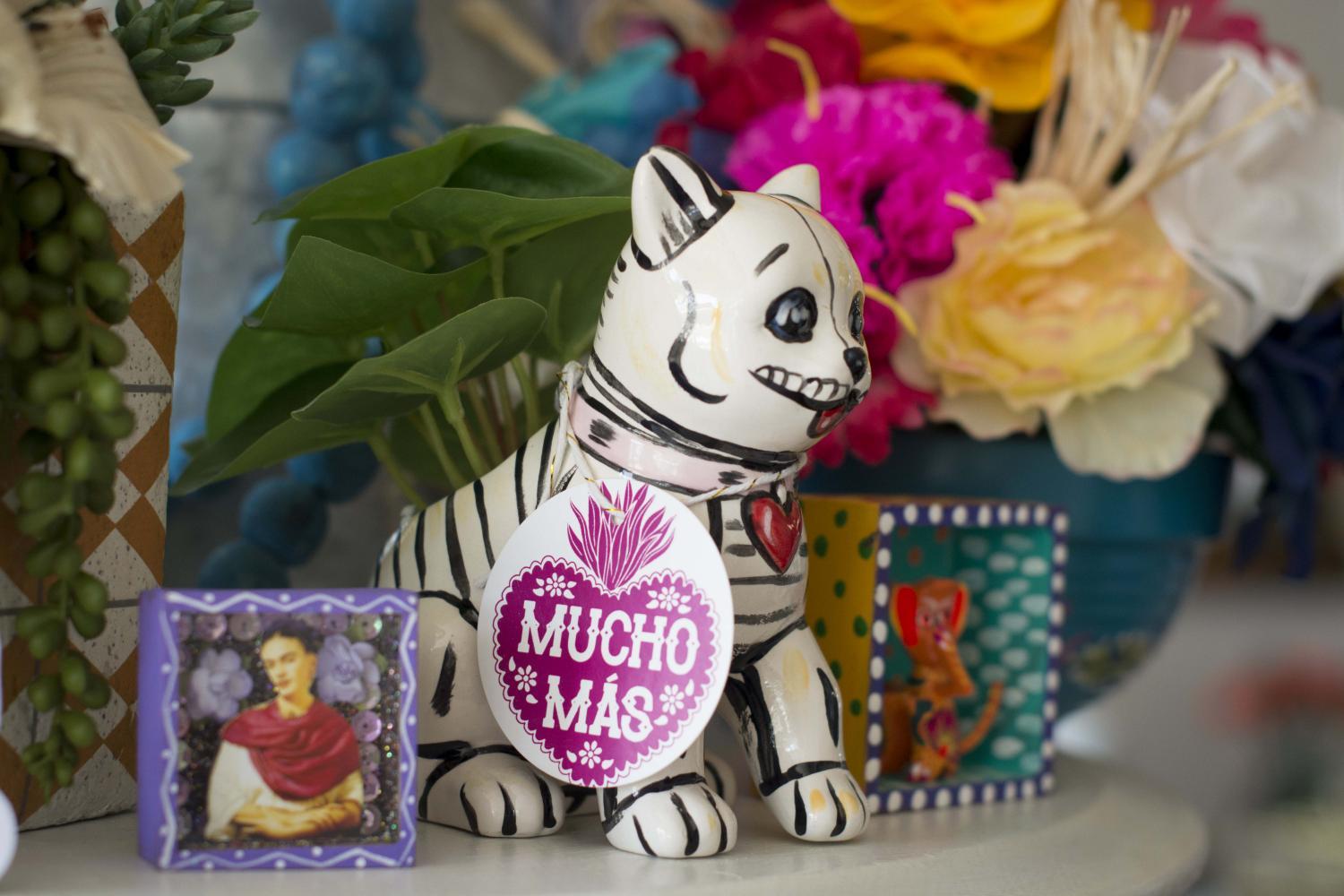 Katherine Davis-Young/KJZZ
A planter sits on display at Mucho Más, a boutique and gallery in Phoenix.

In this time period when so many small businesses nationwide are struggling, to be a one-of-a-kind shop that celebrates local culture is especially meaningful to the Mucho Más owners.

Costello said she thinks back to another time in her life when she saw businesses hurting — she was a teenager in Superior, Arizona back when the nearby mine shut down, causing a lot of familiar spots in her community to close their doors too.

“It really does affect a community, it affects your neighbors," Costello said. "You don’t want to have that happen to your hometown.”

“This is us making our mark on the city, our families, our heritage,”  Cano-Murillo said.