Phoenix Symphony Musicians Play On Even While Furloughed 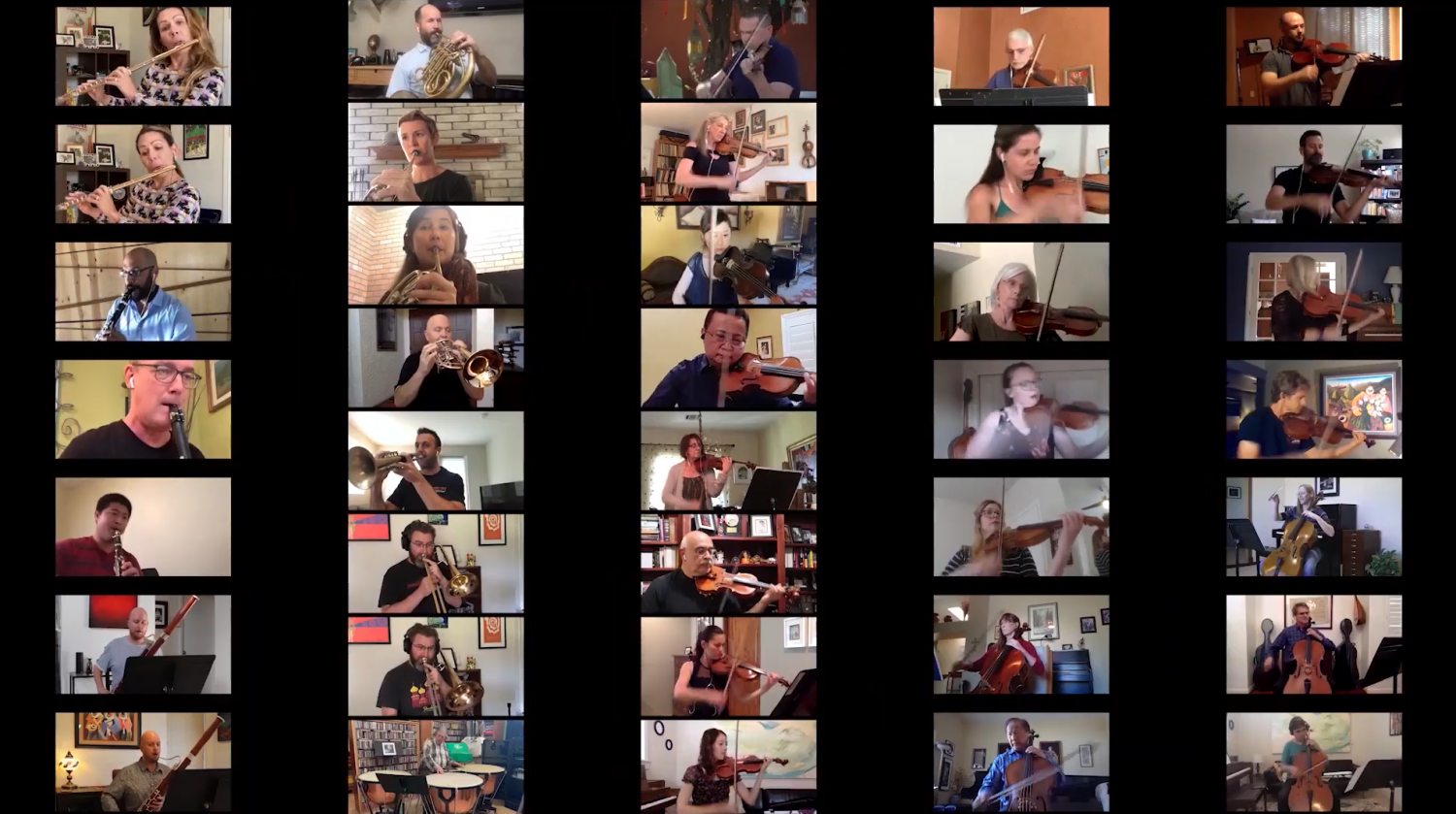 This next season, the Phoenix Symphony will be celebrating their 75th anniversary. But this past year has been unlike any other in its history.

Last March, the pandemic forced the Phoenix Symphony to cancel all of its official performances and furlough all 64 of its musicians. But even without regular paychecks, the musicians have stayed committed to bringing their art to Arizonans — especially those who most need it.

In December, the symphony’s musicians released a YouTube performance of Beethoven’s "Symphony No. 5." They all recorded their parts for it individually — in their living rooms, bedrooms and backyards.

“This career that involves not just being together as an ensemble, but performing for audiences — to have that completely taken away,” Wilson said, “it's a real shock to the system.”

Cumplido Wilson has been with the Phoenix Symphony since 2006. With their jobs effectively on pause until the pandemic subsides, her and her colleagues have been forced to collect unemployment and do things like give online lessons for extra cash.

“We've got couples within the orchestra that have young families,” she said. “For some people, it's meant having to change their housing situations or really downsize. It’s heartbreaking to see those things happen.”

The musicians started a GoFundMe to help some of their members struggling financially, and to date they’ve raised over $25,000. Suzanne Wilson, the symphony’s president and CEO, told me that the tough decisions they’ve made during the pandemic have been all about keeping the symphony alive and in business. 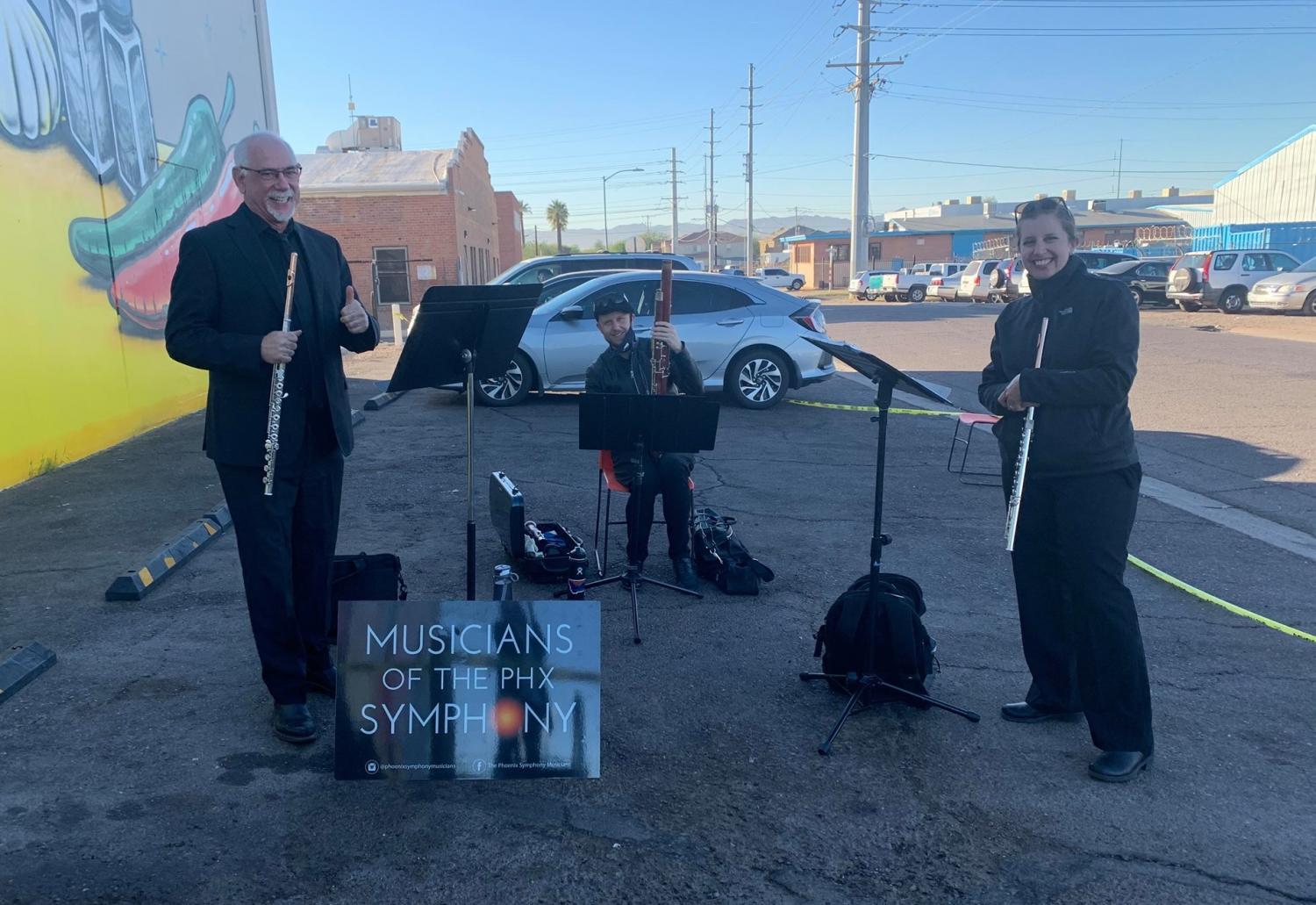 “In the performing arts industry, we always face an uphill battle when it comes to sustainability. COVID clearly exacerbated that situation,” Wilson said. “We're not alone in this. The entire industry is struggling. And it's compromised our mission and our ability to connect.”

"When you come to a concert, the shared value is that live experience, and enjoying the music,” she said. “It's about bringing people together. I do believe very firmly that music and performing arts does have the ability to heal.”

She said the symphony has always been committed to giving this experience to people who can’t make it to symphony hall. They go out into the Valley and play at schools and other facilities, such as Alzheimer’s centers, homeless shelters and hospitals.

And even as gathering in crowds has been dangerous, the symphony’s musicians have gotten creative and stayed determined to bring their music to the public. They’ve done multiple YouTube performances, including one with Dierks Bentley . And they’ve gone out in small groups to play in-person for front-line health care workers outside hospitals as they change shifts.

“So we would be out there in a distance setting and kind of acting as a musical cheerleader for the people doing the really up-close and scary work that's necessary,” Cumplido Wilson said. “And then there have also been some performances at a local food bank.”

At one of these community performances outside the Nourish Phoenix clothing and food bank on a chilly February morning, a trio — two flutes and a bassoon — play Joseph Haydn’s “London Trio.”

“We've played at the food bank three or four times,” said Brian Gordon, one of the flutists in the trio. “Since this food bank nourishes the tummy of people who need it, who are in bad straits—and since we're furloughed—we thought this is great. The music nourishes the soul.”

As of this month, the symphony members are back on the payroll for the first time since last year, thanks to a Paycheck Protection Program loan. Viviana Cumplido Wilson said it still may be some time before all 64 musicians perform onstage together again — they are a crowd themselves after all. But for now, they continue performing however they can, helping Phoenicians heal with music in a time of extraordinary challenges.

This story was adapted from the original Hear Arizona podcast series State of the Arts Arizona, now available on Apple Podcasts, Spotify or wherever you get your podcasts.