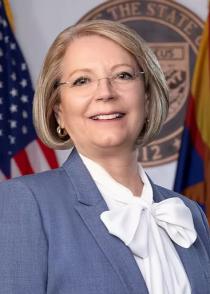 The Brennan Center and the Carter Center, among others, say that Cyber Ninjas, the company the state Senate hired, lacks the skills and independence necessary to conduct an audit.

In the letter the groups urged Arizona lawmakers "to stop efforts that could undermine confidence in our elections," pointing out the two earlier audits showed no discrepancies.