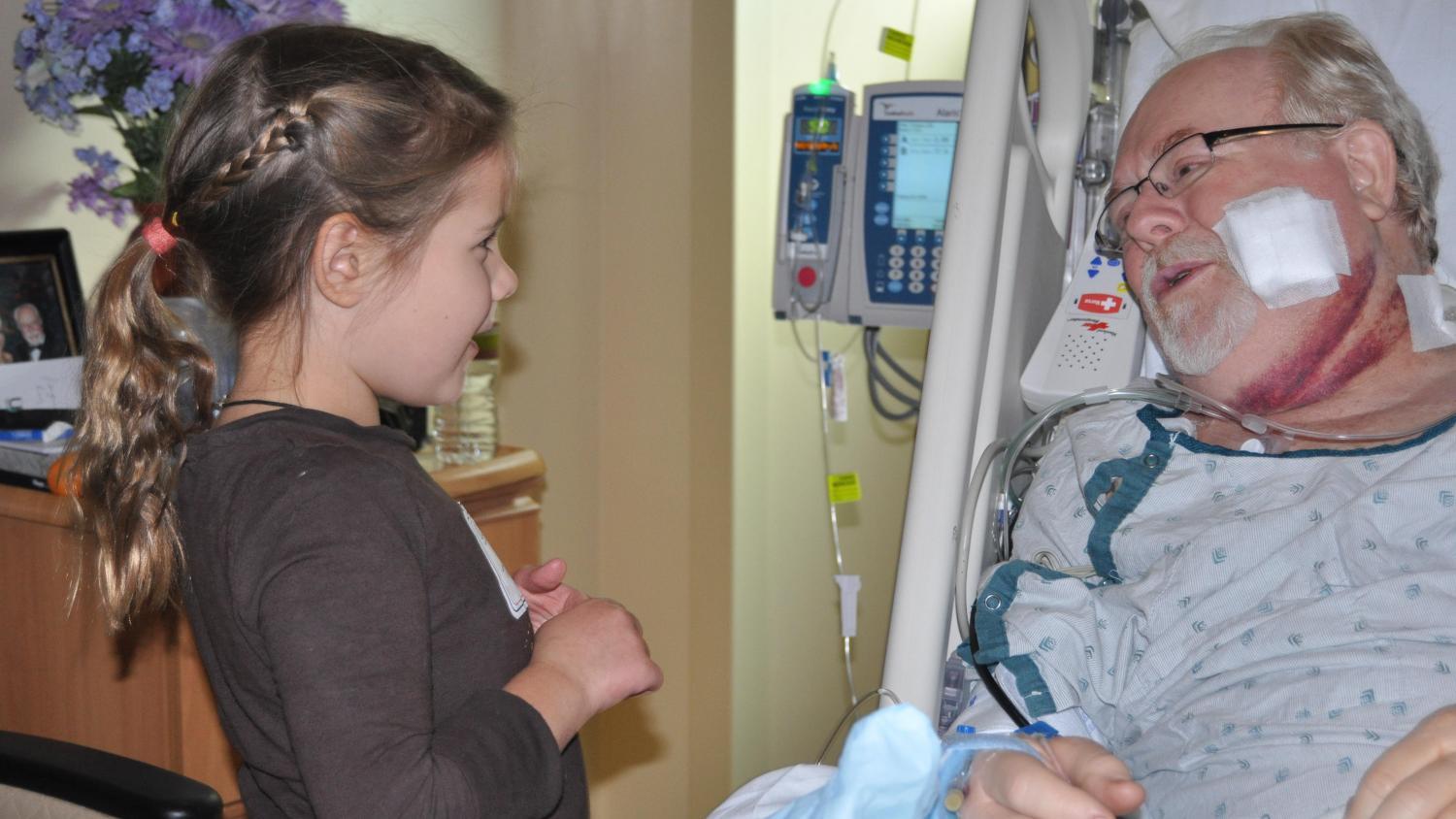 Ron Barber
Tillie Douglas visits her grandfather Ron Barber Jan. 9, 2011, the day after he was wounded in a mass shooting in Tucson.

State senators are considering an Arizona bill that would allow anyone 18 years and older to keep a loaded gun inside their vehicle while in a school parking lot; the bill has already cleared the state House.

Under current law, guns on school grounds have to be unloaded and in a vehicle under the control of an adult. If that adult leaves the vehicle, it has to be locked, with the gun out of sight.

This bill would change some of that.

"This is a very simple bill, it’s a small change that really allows parents to go pick up and drop off kids at school so they don’t have to deviate and park off-campus or stop and unload their firearm," Reid said. "This is a simple bill, it’s contained within the car, and with that, we urge a support vote. Thank you."

But for 17-year-old Tillie Douglas, this bill becoming law is a scary proposition.

Douglas is a junior at Tucson High School and is the granddaughter of Ron Barber. As an aide to then-Congresswoman Gabrielle Giffords, Barber was wounded in the 2011 assassination attempt against her. He later served in Congress when Giffords had to resign to focus on her recovery.

Douglas says Tucson High has about 4,000 students and while she’s never felt unsafe there, she says there is some gang activity with a couple of fights a year at the school.

The Show spoke with her and asked what she thinks about the proposal to allow loaded guns inside cars in school parking lots.

What do you think about the proposed legislation?

I think it's absolutely outrageous. I really don't think we should be trying to put any more guns in schools. The goal, I would say, is ultimately to get guns out of schools. And especially since this bill, proponents in the Senate of it have said that it's for protecting parents at drop-off. And they seem to be just overlooking the fact that it would allow 18-year-olds to also have guns. Which is just outrageous because your brain's not fully developed until you're at least 25. And so why should we have more gun access to people who can't make fully formed decisions?

When you talk about increasing the risk, I assume you mean that somebody might actually bring the gun into the school and shoot students, staff, people inside the building, right?

Yeah. And also then fights could get out of hand because if you know someone has a gun and you have a gun, the tension, I just feel like, will definitely rise and the risk will be far more.

Your grandfather, former Congressman Ron Barber, was with former Congresswoman Gabrielle Giffords when she was shot. I would imagine that informs your opinion on these kinds of things.

Yes, I would definitely say that has informed my opinions. I like, first learned about gun violence when I was 6 because that's when the shooting happened. And after that, I remember already being terrified of walking down a hall at my elementary school if I was by myself, because it just made it so much more real. And then, of course, very soon after that shooting, Sandy Hook happened. And I think I was in second grade when that happened. And so that just makes it more and more real and scary.

What do you think are the best ways to try to reduce school shootings?

Keeping guns out of schools, I think, will go a really long way in helping that risk. And then again, just more common sense gun laws like background checks and just reducing access to guns, I think would really help the issue.