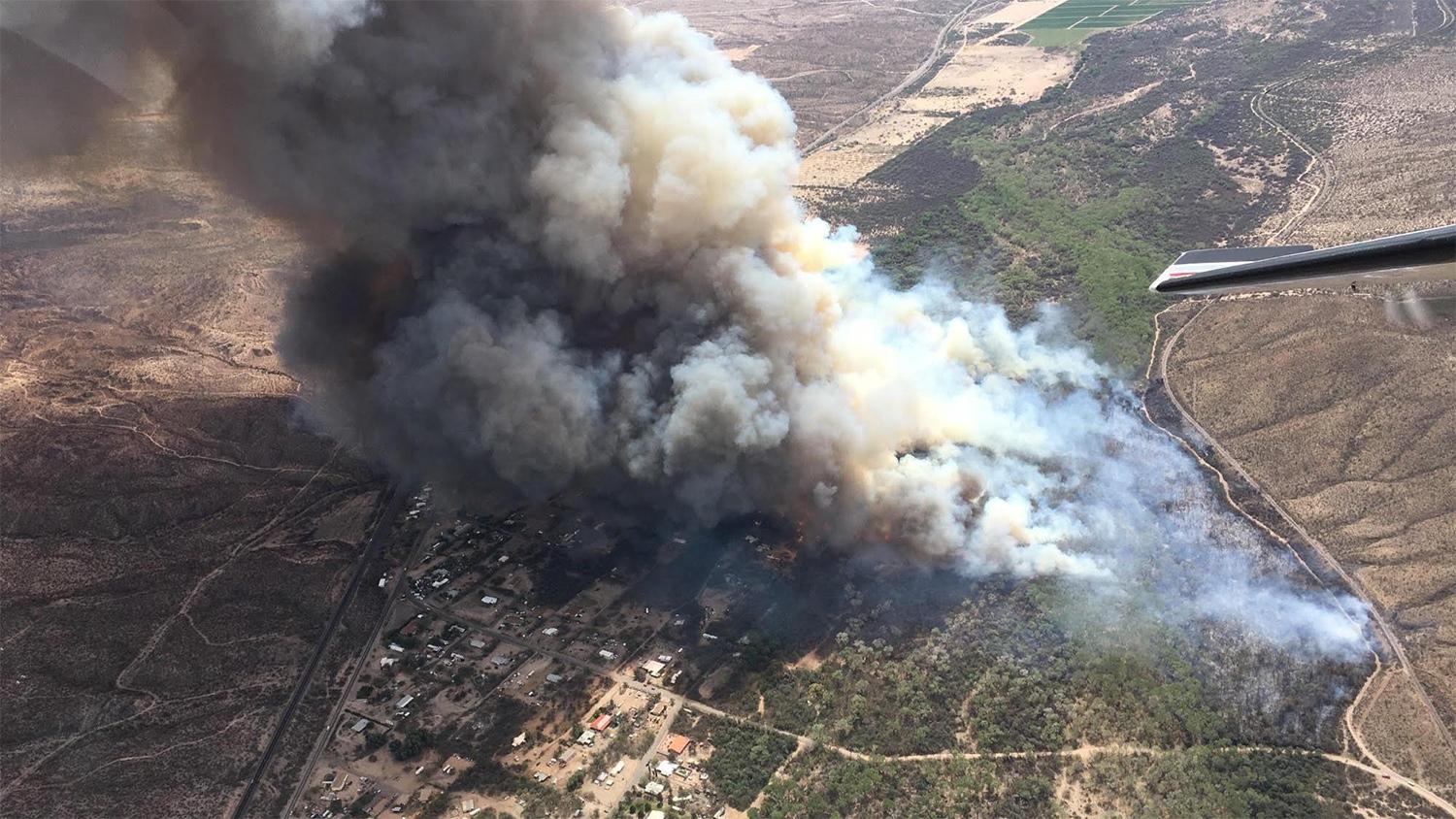 inciweb.nwcg.gov
The Margo Fire near Dudleyville in Pinal County.

Authorities on Saturday lifted an evacuation notice for a south-central Arizona community where a wildfire earlier burned at least 12 homes, allowing approximately 200 residents to return home.

The Pinal County Sheriff's Office said the Dudleyville area reverted to a standby status in case a new evacuation is necessary.

The Margo Fire, which burned 1.9 square miles including thick vegetation along the Gila River's bottom, was contained around 50% of its perimeter as of Saturday as crews mopped up hot spots, fire managers said in a statement.

The fire started Thursday morning and its growth was largely halted that night. Crews extended and improved containment lines Friday.

Officials said they waited to lift the evacuation notice until Saturday so utility workers could assess power and gas lines.

An investigator determined that the fire was human-caused and was trying to identify the specific ignition source, the statement said.

Drought-stricken Arizona had one of its worst wildfire seasons in nearly a decade in 2020, according to state Forestry and Fire Management Department officials.

Officials have warned there is a potential for widespread, statewide fire activity by June.