President Joe Biden is requesting additional funding for the federal Pell grant for college students to raise the maximum award amount and expand it to recipients of the Deferred Action For Childhood Arrivals program, according to an outline of his budget proposal released Friday.

If approved by Congress, an additional $3 billion would be invested in the Pell grant program. The proposal would also raise raise the maximum award — currently set at about $6,500 — by $400,  "the largest one-time increase since 2009."

This action would be significant, especially for estimated 25,000 DACA recipients in Arizona. 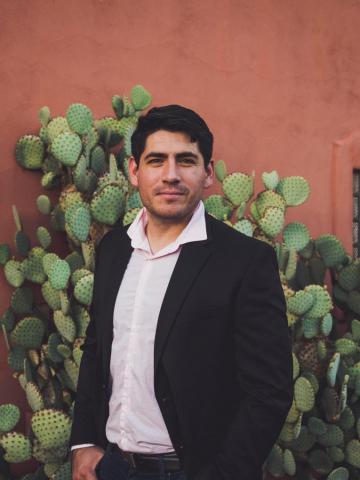 José Patiño
José Patiño, the director of education and external affairs at Aliento, has seen many undocumented students leave Arizona to pursue their college, but think Biden's proposal would help them return to the state.

“I think it’s a step in the right direction and it’s gonna help DACA recipients to continue with their higher education," said Karina Ruiz, the executive director of the Arizona Dream Act Coalition.

Current laws such as a 2006 initiative, Proposition 300, prevent these students from getting federal and state aid to attend college or even qualify for in-state tuition. Because of this, undocumented students in Arizona end up paying 150% of in-state tuition or out-of-state rates.

Ruiz was one of the students impacted by Prop. 300 when it went into effect. For her, it meant she could no longer afford to tuition at Arizona State University and had to drop out in 2009. She finally able to graduate with a degree in biochemistry in 2015.

"I don't want any other student to go through that," Ruiz said.

José Patiño, director of education and external affairs at Aliento, said these policies have also caused many undocumented students to leave Arizona to attend colleges that offer them full-ride, private scholarship.

“If DACA recipients would be eligible for that, it would allow thousands of them to be able to come back and continue their studies," he said.

However, Ruiz doesn’t think this proposal goes far enough because it doesn’t include other undocumented students who either don’t qualify for DACA or have aged out of the program. These students are hurting financially because there have been fewer job opportunities for them during the pandemic, she said. Ruiz urges Biden to consider including them.