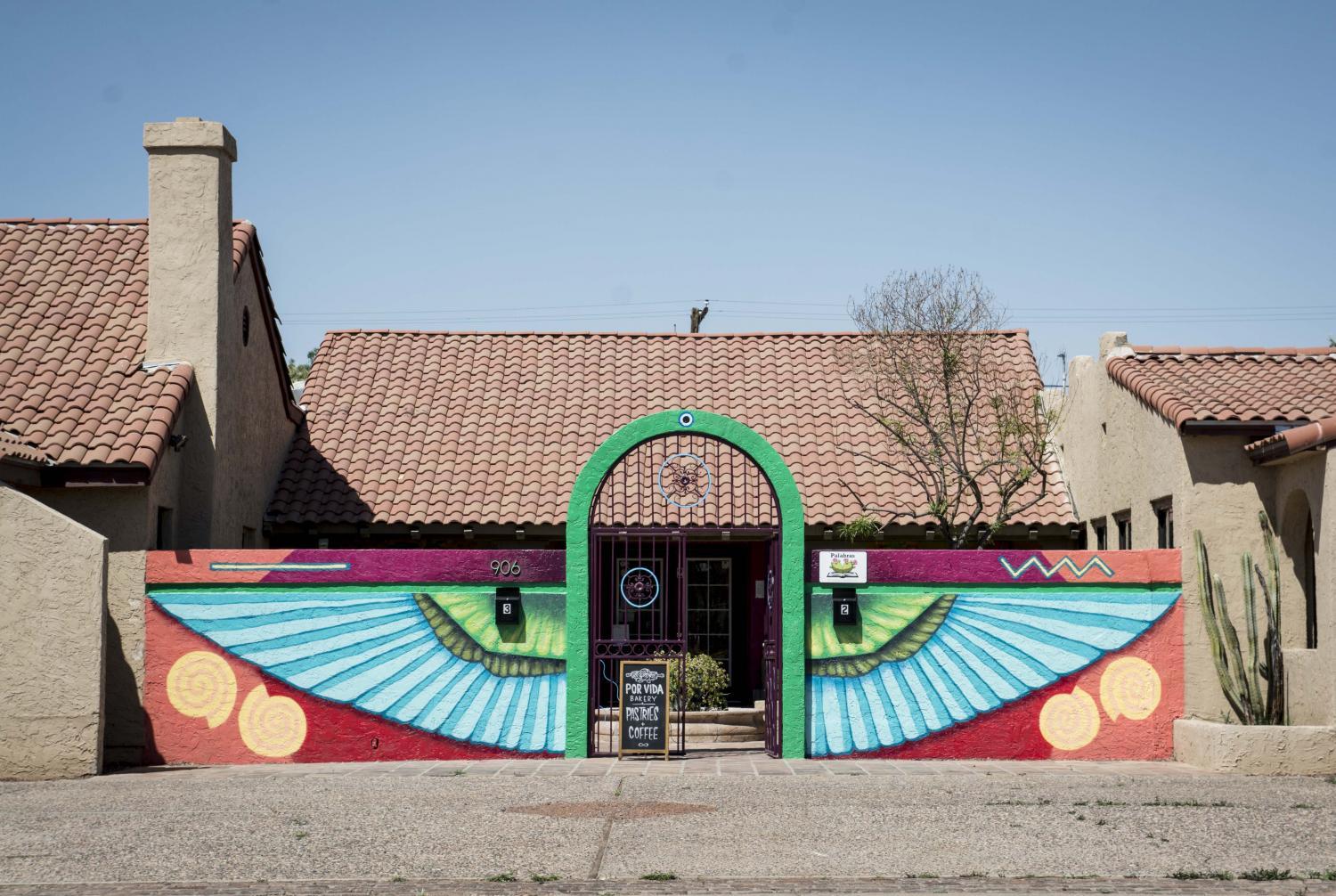 Katherine Davis-Young/KJZZ
A colorful mural lets you know you're in the right place when you arrive at Nurture House.

On Roosevelt Street and Ninth Avenue, the little building with the red clay roof looks like many of the other houses in the neighborhood. But a big colorful mural on the front lets you know you’re in the right place.

You walk through the courtyard and step into the new home of Palabras Bilingual Bookstore. There’s a big fireplace, a counter where homemade baked goods sit on display, and in the back, past all the bookshelves, there are some big, cozy chairs.

Palabras’ owner, Chawa Magaña, said the atmosphere was one of her biggest considerations when she started looking for a new location for her shop. 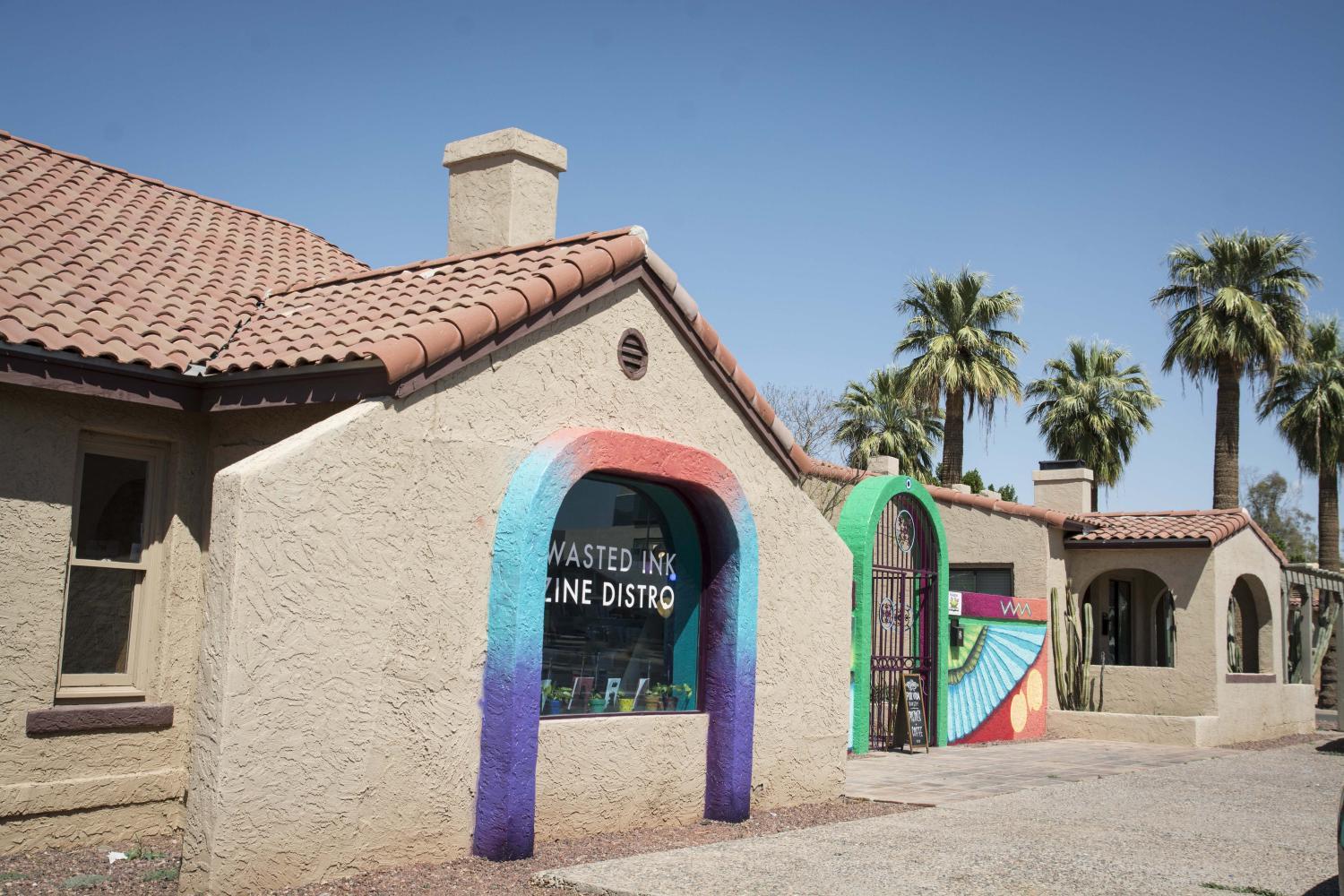 “Most business spaces are like this rectangular structure in front of a road. It doesn’t have kind of an inviting energy to it," Magaña said.

When she saw the listing for this space, it felt different.

But the complex was bigger than she was looking for — big enough to house multiple businesses.

“I just had this feeling like, 'I don’t know how I’ll pay for this, but I should get that building too,' and so I did,” Magaña said.

Magaña has run Palabras since 2015 with a mission of promoting representation of marginalized communities through literary arts. 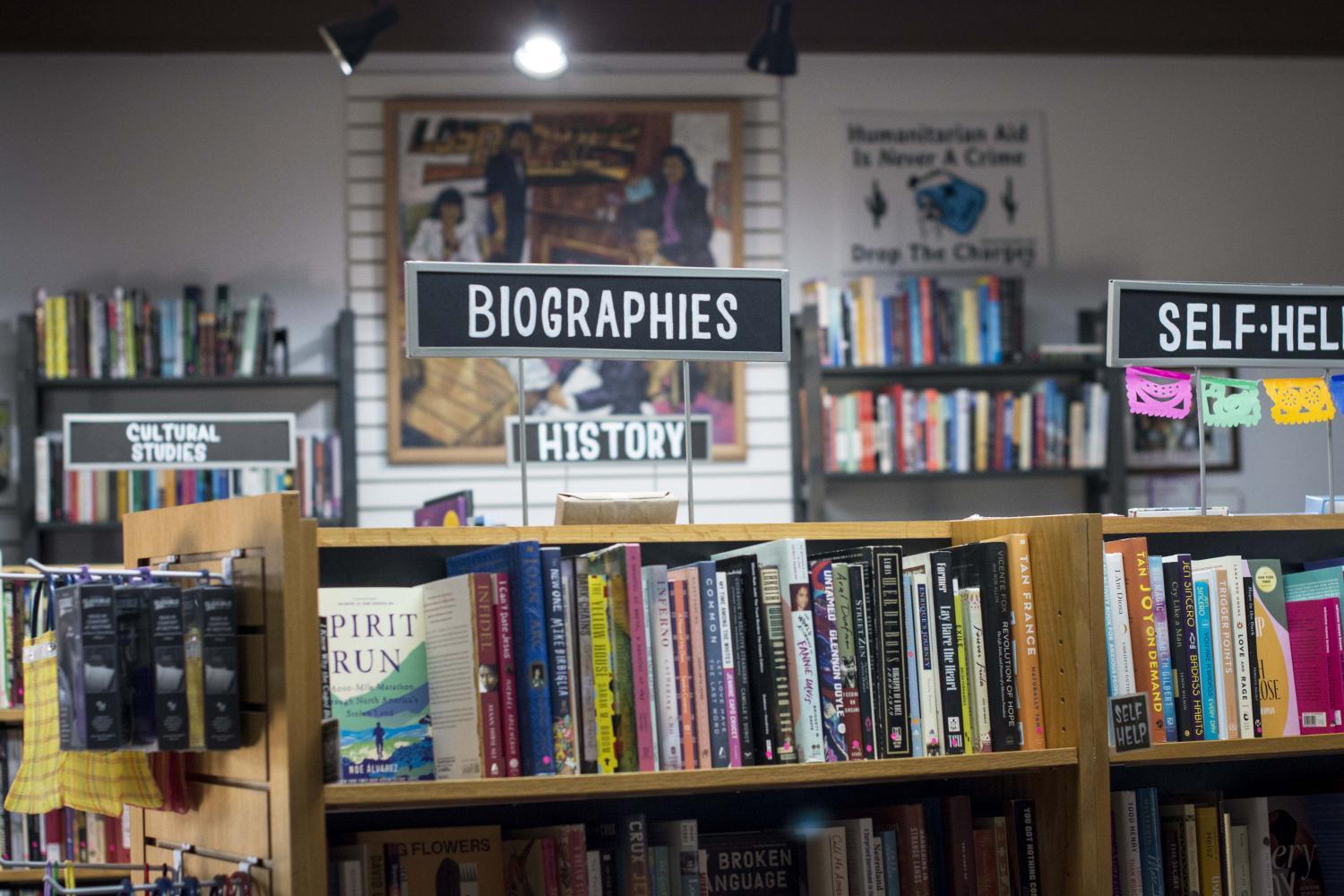 Katherine Davis-Young/KJZZ
Palabras Bilingual Bookstore was formerly on McDowell Road. In its new location on Roosevelt Street it shares a space with four other businesses.

The previous location was on McDowell Road. In the new location, Magaña is teaming up with several other businesses. The collaborators are calling the space Nurture House.

“We kind of landed on the idea of opening a literary hub and community space all together," said Charissa Lucille, owner of Wasted Ink Zine Distro.

Wasted Ink has sold small, self-published texts in Phoenix since 2015. Now the zines are for sale in the front room next door to Palabras.

The space is also home to Abalone Mountain Press, a publisher for Indigenous voices; Pachanga Press, a risograph printing business; and Por Vida Bakery, which specializes in traditional Latino pastries. 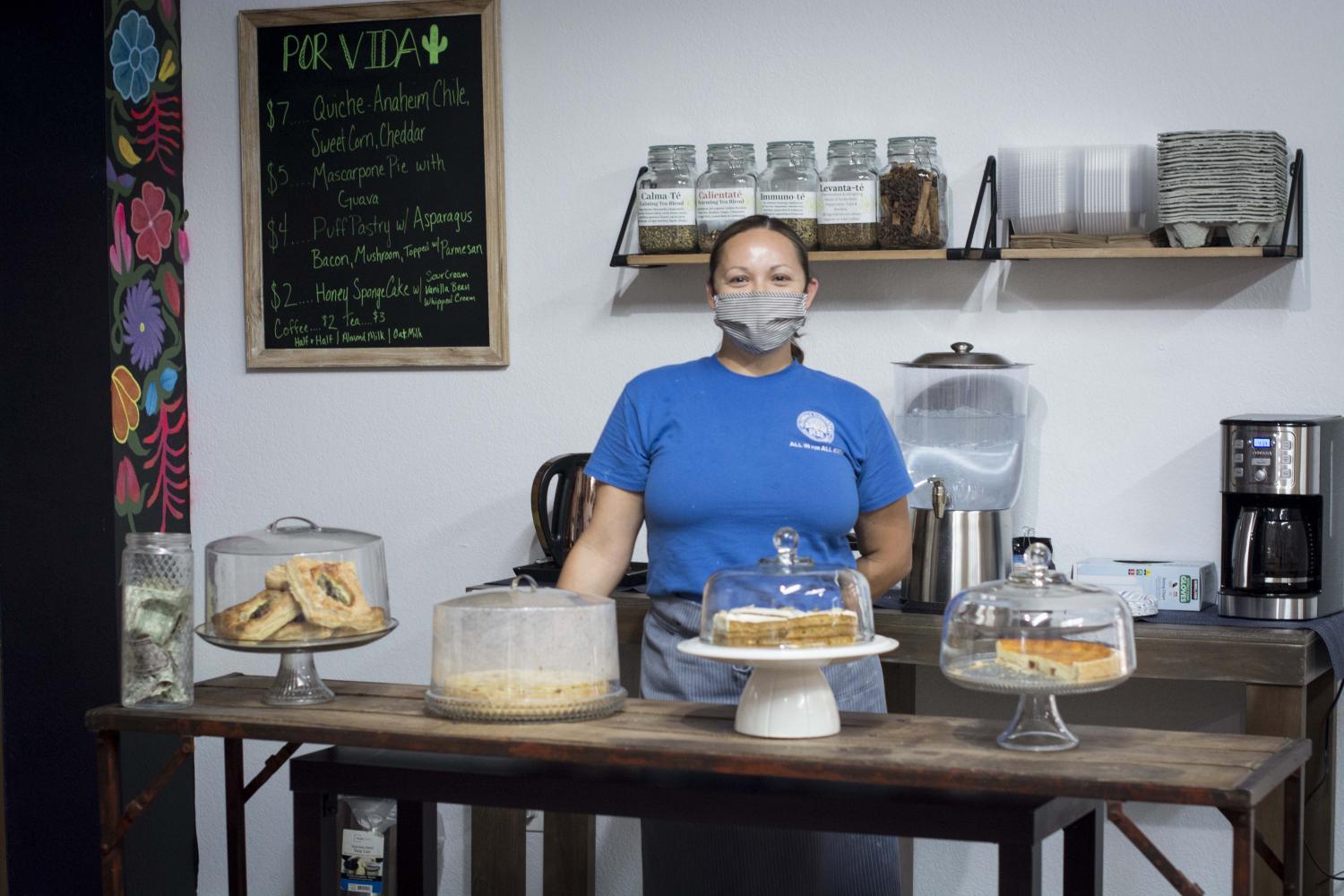 “I feel like everybody that shares the space with us, we all just complement each other so well," Payan said.

The pandemic has brought challenges for each of the businesses now in the building. 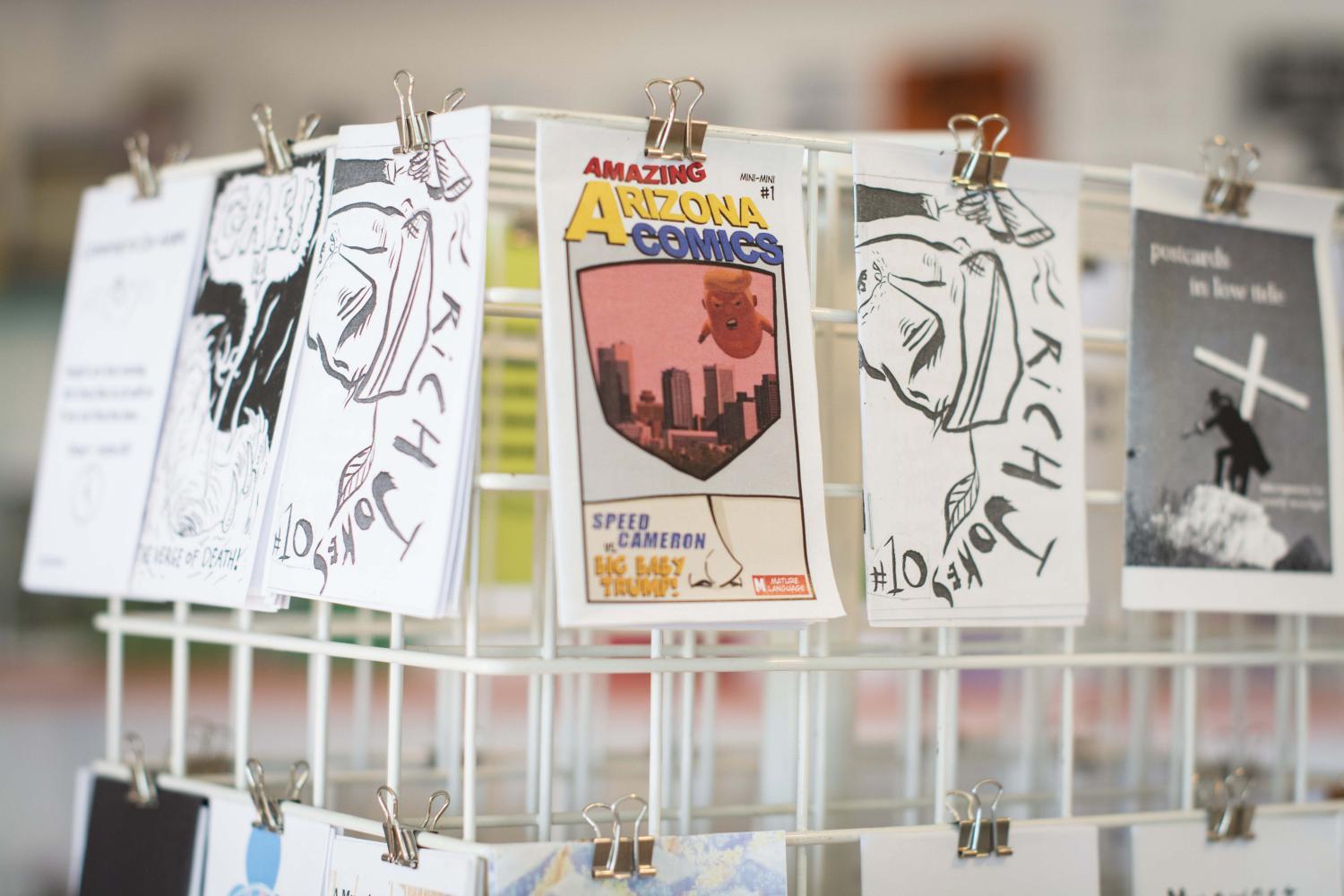 Palabras and several of the others had crowdfunding campaigns over the past year to stay afloat during uncertain times. And since the space opened in February, the businesses have proceeded very cautiously. Everyone is wearing masks, indoor capacity is limited and there was never a big grand opening celebration.

But so far, Payan said business has been surprisingly good. She said she’s even had to increase production of her baked goods to keep up with demand.

“I’m just excited to see where this will go in another six months,” Payan said.

And Lucille said in a way, being forced to close Wasted Ink, then reopen in a new space, was a blessing in disguise.

“It gave me a chance to start fresh, to start over, to redo my business model and just really take it in a new direction and have it grow up a little," Lucille said. 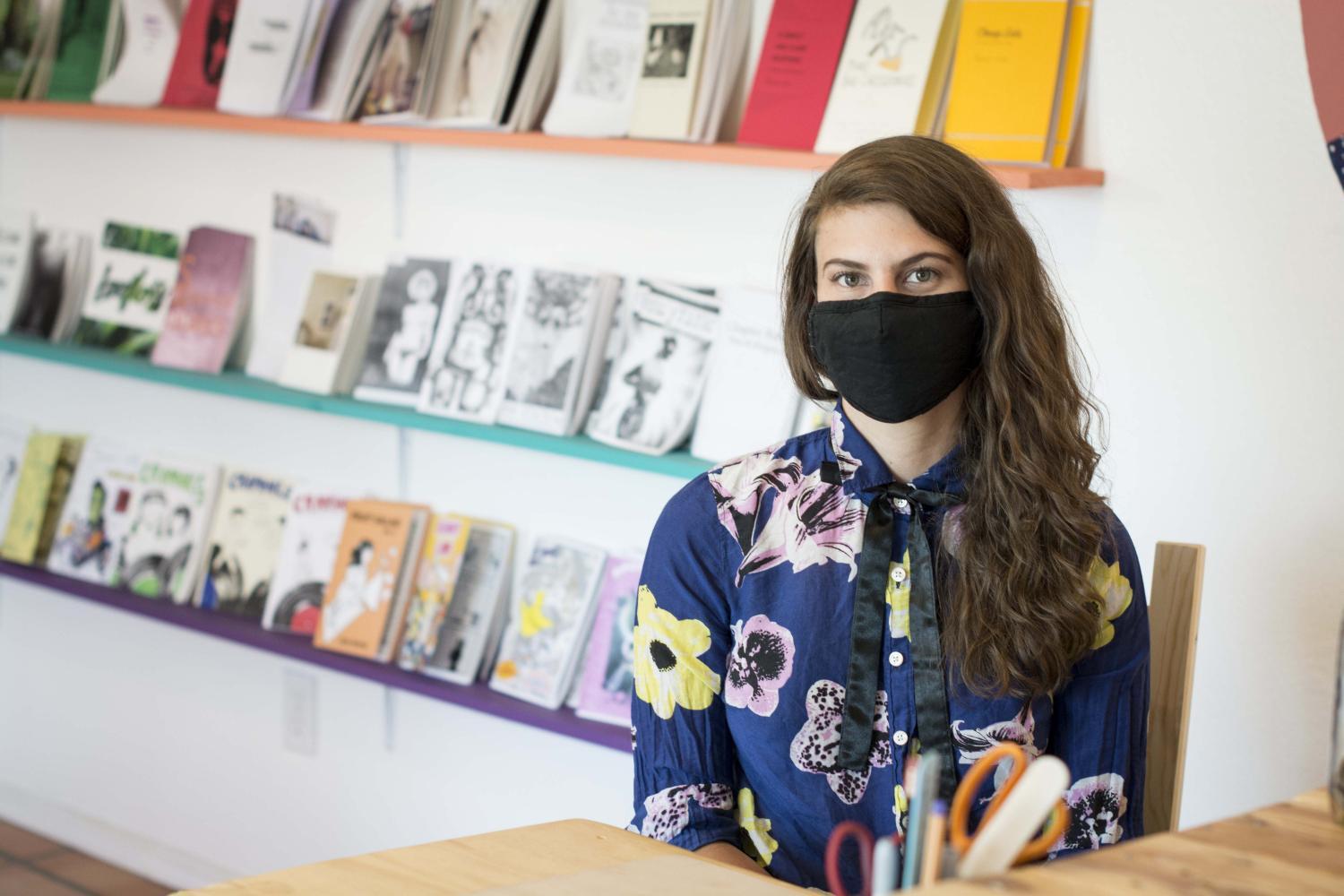 Lucille, Payan and Magaña each say they have a mission beyond just profits.

Magaña said teaming up with the other businesses helped put those community driven goals in perspective.

Magaña said it’s been a challenging year, but she’s keeping her eyes on the future of this new literary hub. She wants a garden in the back. She wants a gallery space in front. Most of all, she wants to get back to hosting in-person open mic nights and community events once it’s safe.

“Human contact is obviously really important, and we’ve had so much isolation over the last year," Magaña said. "I think places like Palabras and all the other community spaces that exist are going to be so important in our healing."

And that’s the whole goal. She said the five businesses settled on the name Nurture House because, after this year especially, they want to encourage community growth.