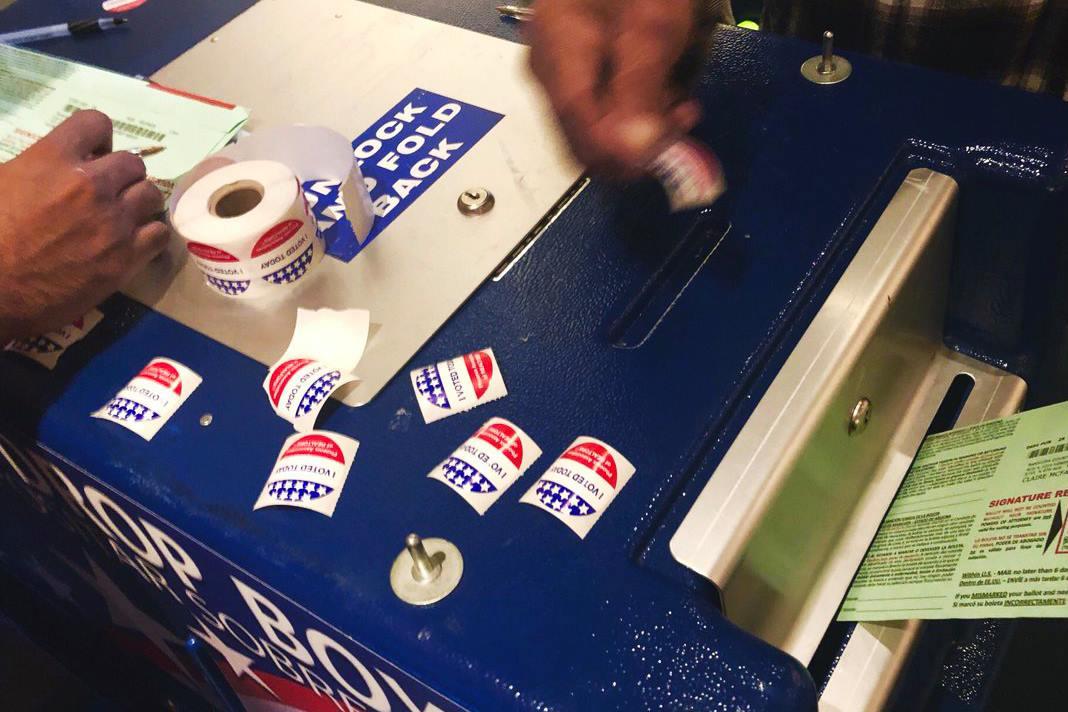 Claire Caulfield/KJZZ
An early ballot turned in at a Maricopa County polling station on Nov. 6, 2018.

In the wake of Major League Baseball pulling the All-Star Game out of Georgia to protest controversial voting laws, Arizona may face a similar fate.

But Gov. Doug Ducey says his decision on whether to sign the bills opponents say will disenfranchise voters won't be swayed by fears of losing the 2023 Super Bowl.

Greater Phoenix Leadership sent an open letter to state lawmakers opposing the bills. The letter is most notably signed by the owner of the Arizona Cardinals, who may have some sway on if the Super Bowl is moved.

SB 1485 would remove people from the Permanent Early Voting List if they don't use their early ballots at all in two consecutive primary and general elections. People would remain eligible to vote, but would have to go to the polls. This bill has been approved by the Senate and awaits House floor debate.

SB 1593 would prohibit the counting of any early ballots postmarked later than the Thursday before the election, regardless of whether it actually arrived by Election Day. It also would reduce the number of days someone might have an early ballot. This bill has yet to be debated in the Senate.

SB 1713 would require someone who wants to vote early to include a separate affidavit with a birth date or a voter ID number. This bill has been approved by the Senate and awaits House floor debate.