Arizona State University's Packard Drive parking garage is typically where you might leave your car on the way to a game at Sun Devil Stadium, but this month, it’s been transformed into a this sensory drive-thru art show called "Designspace."

"Even though we’re in a parking garage, we’re bringing space into the space with us. You kind of drive through these amazing high-res NASA images of the space above us," said John Featherstone, creative director of of the show.

The "Designspace" show, which runs April 9-25, is a one-mile drive. Spiraling through the garage, viewers will pass sculptural pieces and sound and light displays. Many pieces include images of stars and planets. In the final video projection, visitors' cars are projected on massive screens, appearing to dissolve into dust and get sucked into a black hole.

ASU Gammage is presenting the show. The organization is known for hosting Broadway touring productions and live performances, but Featherstone said Gammage leadership was eager to work with him when he came to them with the idea for this one-of-a-kind digital media garage experience.

Students and designers involved spent about a month putting the show together.

Soson said programming the lighting and sound equipment and video projections came with inevitable technical glitches. But he said he's excited for the way the finished product came together.

“This is a way for us to experience being part of the universe being bigger than you are and your own individual existence, and also just to enjoy the visuals and sonic experience of it," Soson said. "It’s essentially a ride." 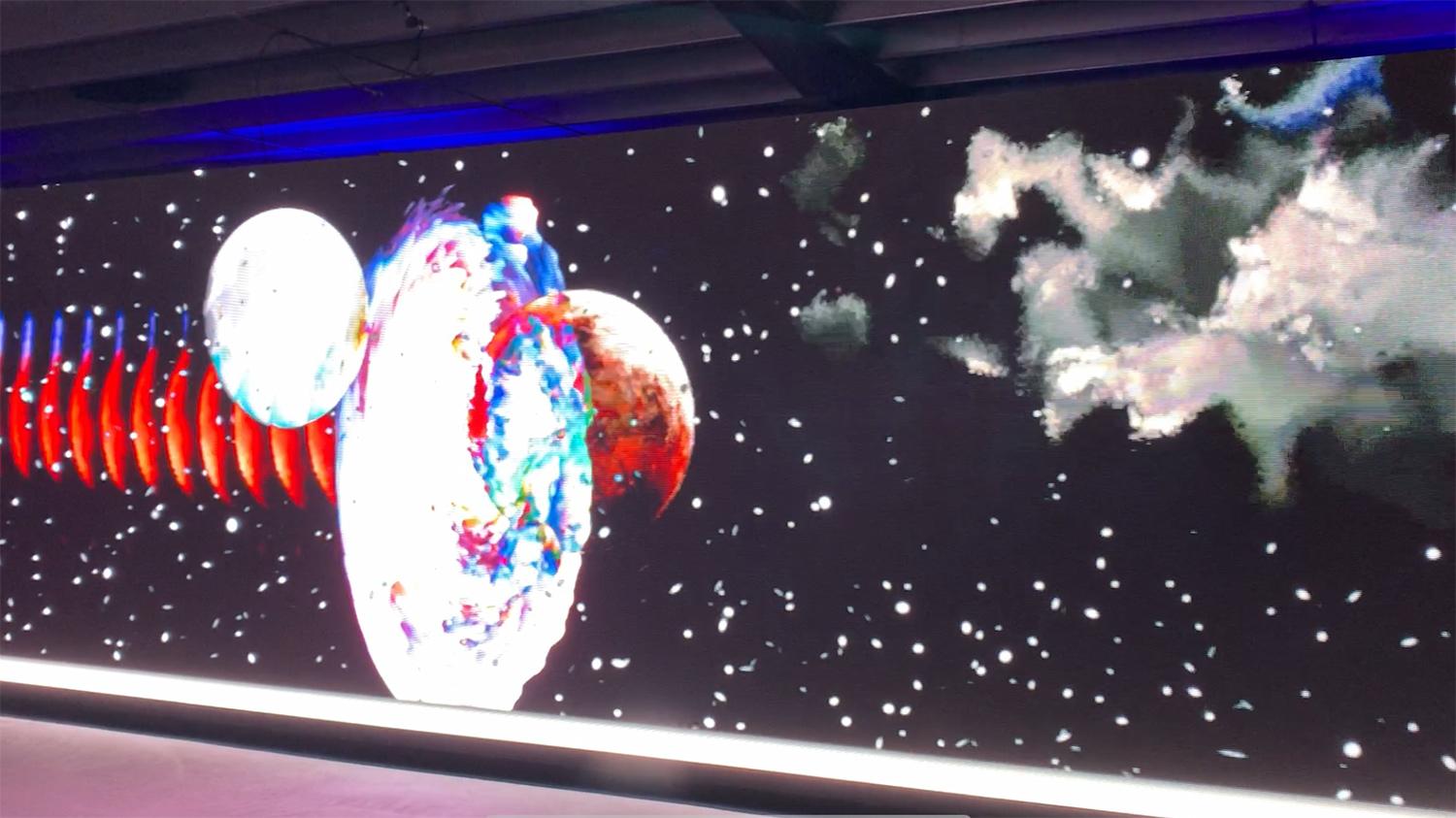 Tim Agne/KJZZ
In this drive-thru video projection at Designspace, visitors' cars are projected on massive screens, appearing to dissolve into dust and get sucked into a black hole.

A ride, but not a rollercoaster. Featherstone said the experience shouldn't be about zipping through the displays as quickly as possible. There’s room for cars to park for a while near the different pieces and enough space for drivers to pass one another to allow viewers to move through the garage at their own pace.

“This isn’t the drive-thru line at a fast food restaurant. It’s a vehicle-based modern art museum. We want people to linger," Featherstone said.

The lights and music may make viewers want to get out and dance, but visitors will need to stay in their cars the whole time. That’s a pandemic safety measure, but Featherstone said it’s also part of the artistic concept.

“Space is such a weird concept for humanity at the moment," Featherstone said. "We’ve never been more aware of the space between us, of physical distancing, 'is this person too close to me, am I too close to them?'"

Those COVID-19-era anxieties are the backdrop for the outer space imagery depicted in the many of the exhibit's pieces.

“There’s this duality between the oppressive, constrictive notion of space that we have in this pandemic world, and this expansive notion of the space above us," Featherstone said. “We hope people will look back on 'Designspace' and go ‘that’s that great thing that we went to see right when we were starting to come out of our pandemic caves.'"

Featherstone said the unique exhibit is meant to mark a unique moment in time — one he hopes we’ll remember as the period just before we were able to share experiences together again.