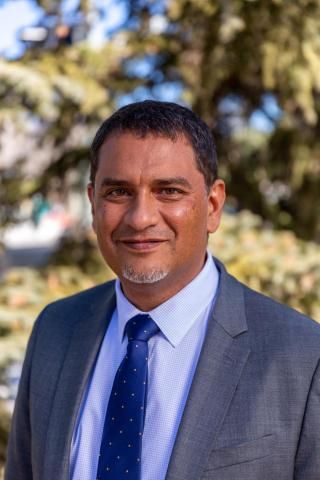 NAU
José Luis Cruz will be the first Latino to serves as NAU's president in the university's 122 history. Cruz has said he is committed to advance diversity and inclusion on the campus.

José Luis Cruz's appointment as the next president of Northern Arizona University is a historic moment for the Flagstaff-based institution. For the first time in the school's 122-year history, a Latino will take the helm. Cruz is likely only the second Latino to serve as a university president in the state.

He's coming to Flagstaff after serving in leadership roles at institutions in New York, California and Puerto Rico, including his most recent position as the executive vice chancellor for the City University of New York. NAU Latino students are excited to see what Cruz will do.

“Having him and his administration as a point of diversity I think will go a long way in starting to diversify the rest of NAU, especially in the professional staff," said Julie Rose Joseph, an undergraduate student studying international affairs and Spanish. She's also the president of Hermanas United for a Change.

“Overall I’m really excited because I think this is going to be a new direction for NAU, and it’s a direction and perspective that NAU has never seen before," said Oscar Lujan, a graduate student studying biology and graduate adviser for the Latinx Student Union.

Outside of the university, Stephanie Parra, the executive director of the Arizona for Latino Leaders in Education, believes that Cruz’s appointment may also be an asset for Latino K-12 students. They make up nearly half of all Arizona public school students.

“It matters to have somebody to be able to share some lived experience, share some perspective around what we are going to do as a community, as a state to make the dream of going to college a reality for almost half our student population across Arizona," Parra said. 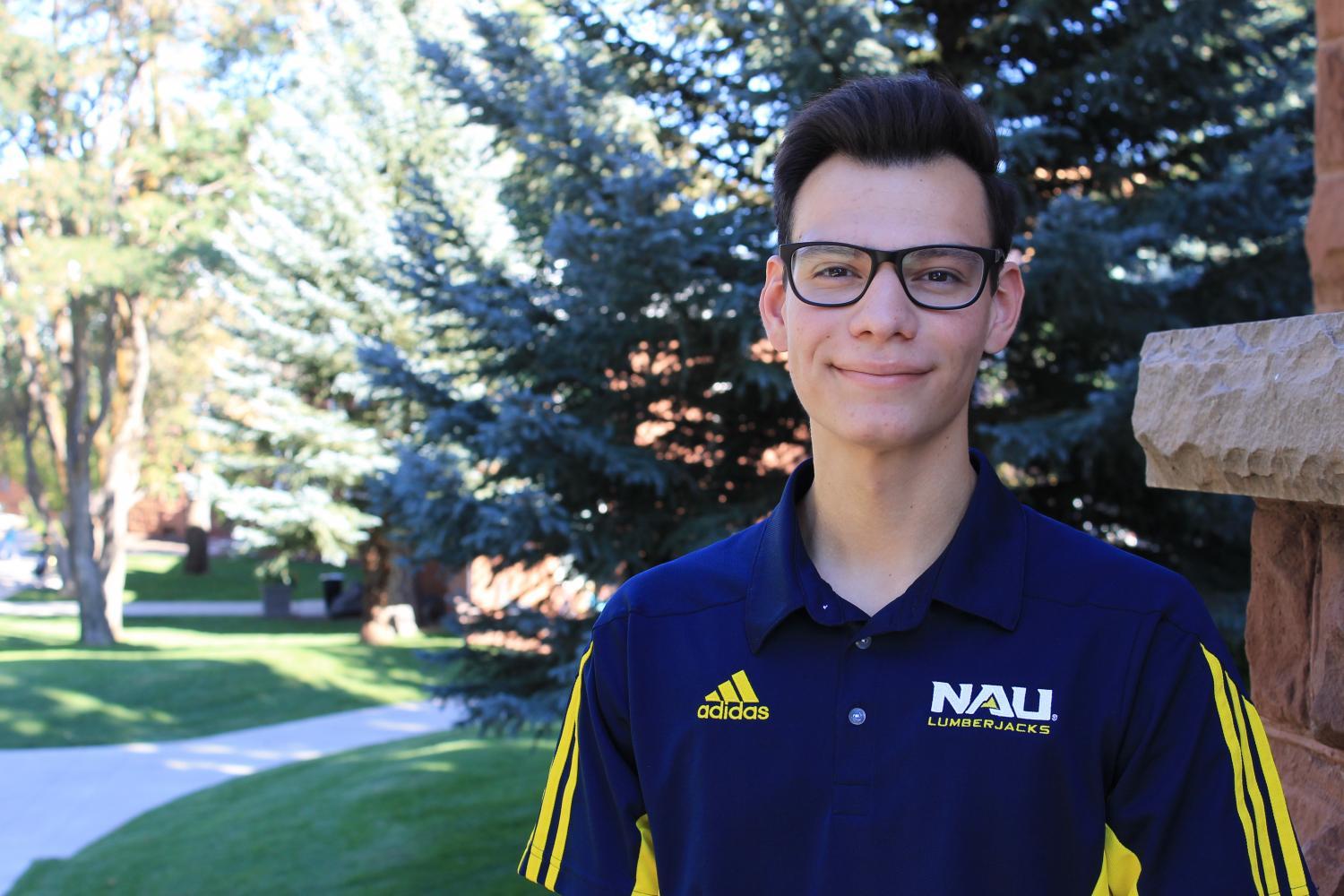 Oscar Lujan
Northern Arizona University graduate student Oscar Lujan is excited for the arrival of José Luis Cruz. Lujan thinks will bring a new perspective and direction to the university.

“On the other hand, the Latino enrollment was approaching 20% of the total college student population," said Antonio Flores, president and CEO of the Hispanic Association of Colleges and Universities. "So there was a definite disparity there in terms of representation in the ranks of presidents and CEOs.”

Cruz’s appointment is also coming at a critical time for the Flagstaff-based university. NAU recently announced it has met the requirements to be considered a Hispanic-Serving Institution now that at least a quarter of its nearly 30,000 students are Latino.

Flores thinks Cruz’s cultural upbringing will likely give him a leg up with this growing student population. 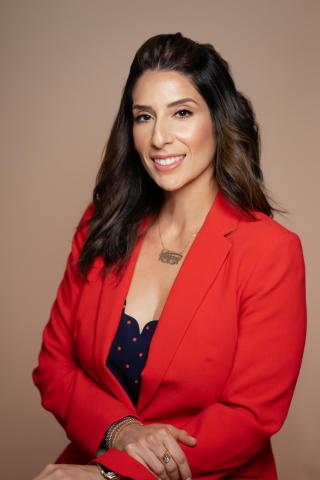 ALL in Education
Stephanie Parra, the executive director of Arizona Latino Leaders in Education, thinks incoming NAU President José Luis Cruz can be an asset to K-12 Latino students in the state.

“We know that in a lot of instances, Hispanic families have a lot to do with what their children decide to do with their lives so it’s very important that you are able to connect with parents particularly and help them understand and embrace the idea of their children going on to college and succeeding," Flores said.

Cruz has said that the HSI status, while meaningful, doesn’t necessarily reflect how well an institution serves Hispanic or Latino students.

Cruz has also said that it's important to make students feel like they are included and have a space on campus so they feel comfortable affirming their identity and building community among themselves. 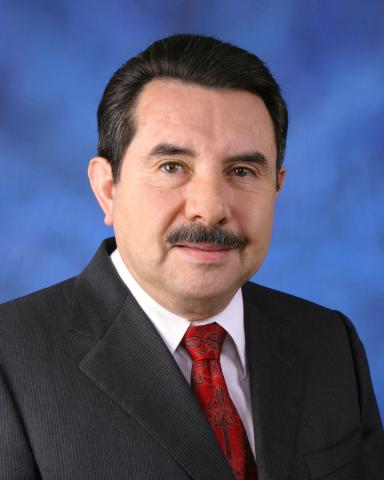 HACU
Antonio Flores, president of the Hispanic Association of Colleges and Universities, says only 4% of university presidents identify as Latino, a figure that has not changed much in the past two decades even though Latino student enrollment has grown.

“Once they have that, they are able to have the confidence to contribute their diverse experiences to advancing the university," Cruz said.

In the five years that Lujan has been at NAU, the campus didn't feel like a welcoming place until he joined the Latinx Student Union. Before this, he said he felt the campus lacked a feeling of home and Latino culture, and he hopes that this is something Cruz can work on.

“I think the advice I’d give to Dr. Cruz is like, ‘Hey, this population, we feel like we haven’t been heard, please set up meetings with us, come to our LSU meetings, hear what we have to say about issues at NAU that are impacting us directly,'" Lujan said.

Cruz has received meeting requests from LSU and Hermanas United for Change, and while he hasn't set a date for the meetings, he is very much looking forward to that opportunity, said an NAU spokesperson.

In the meantime, Cruz visited the campus in late March to meet with students and has included Lujan and other student leaders in his transition commission. He’s expected to hold more virtual meetings with faculty, staff and Flagstaff community members in the coming months leading to his first day on June 14. 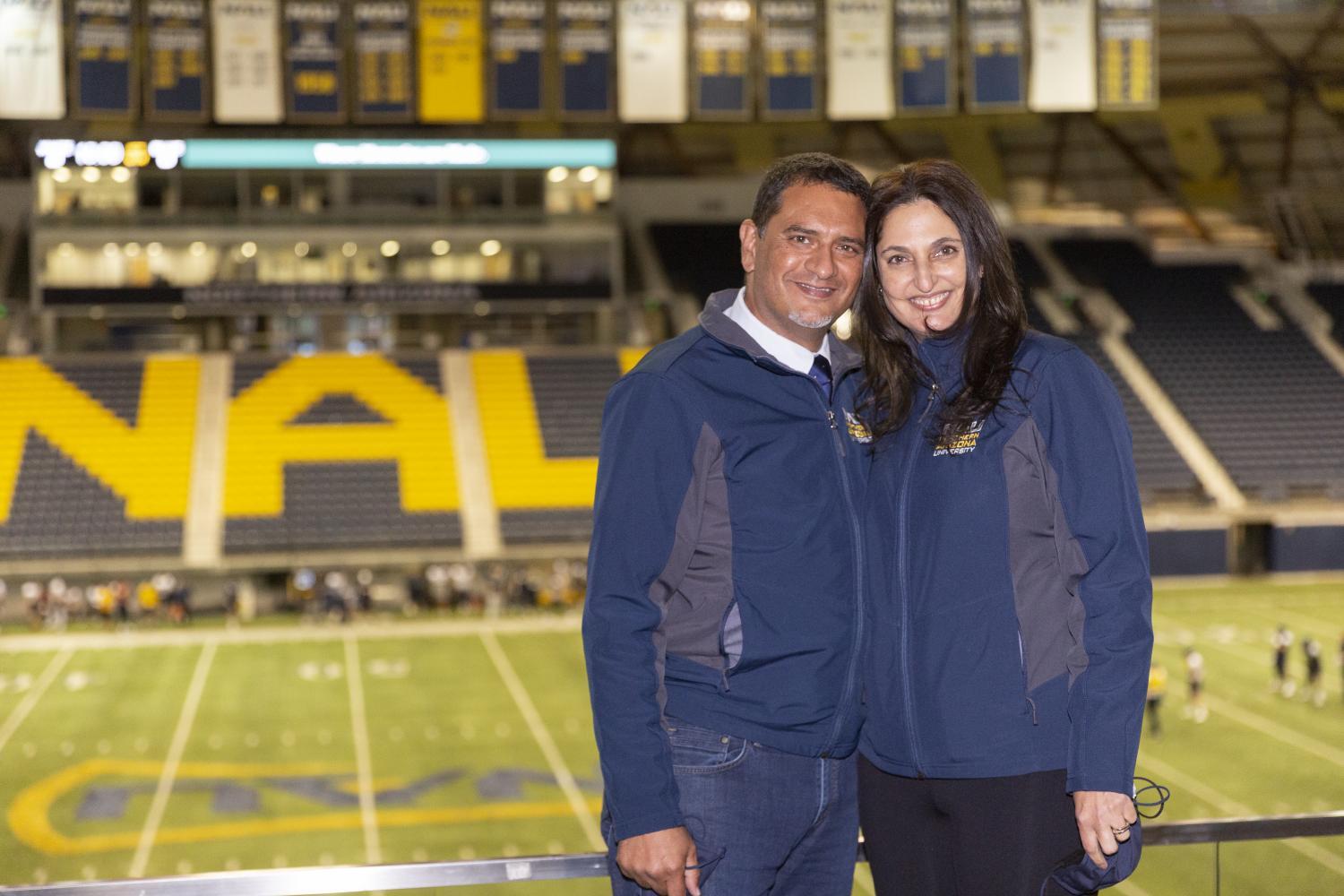 NAU
José Luis Cruz and his wife Rima Brusi pose for a photo at Northern Arizona University. Cruz is set to become the university's next president in June.
Education