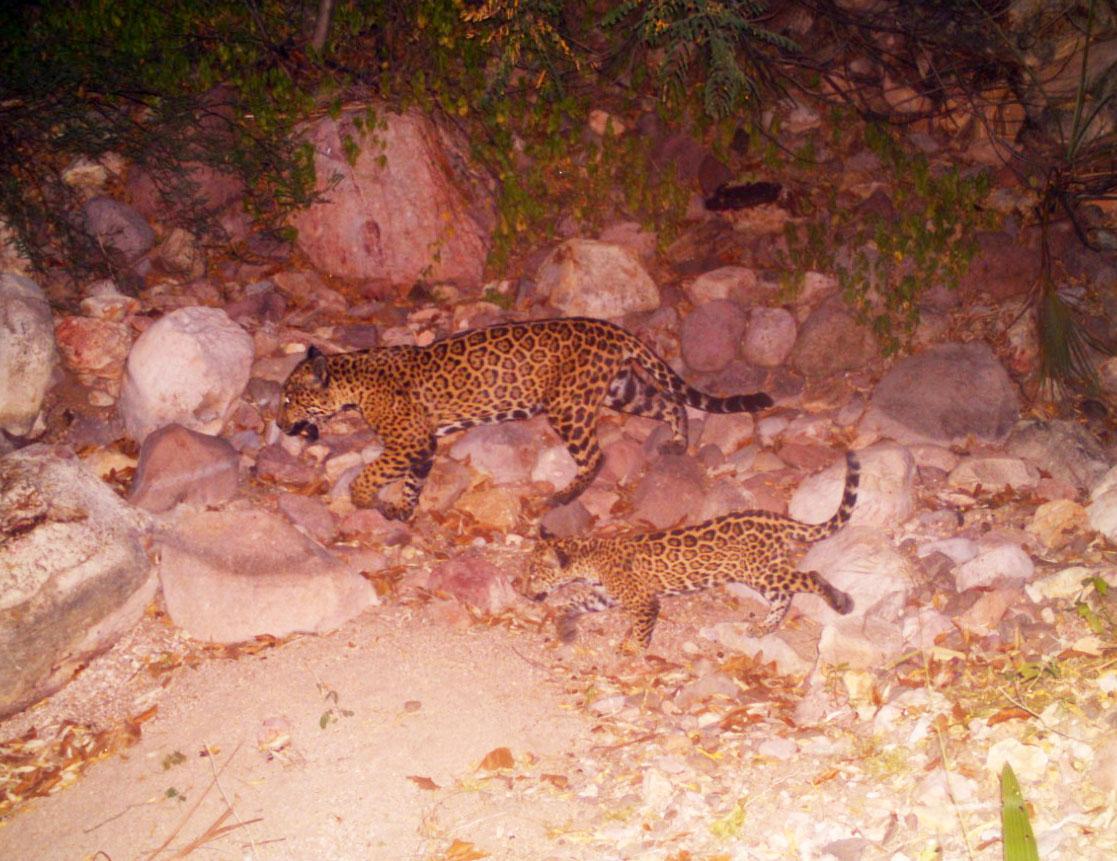 The Northern Jaguar Reserve in neighboring Sonora, Mexico, announced some good news this week: photos and video of a jaguar cub and its mother were captured in the protected area about 130 miles south of the Arizona-Mexico border.

Ángel, as the nearly year-old cub has been dubbed, was spotted on motion-triggered cameras on the reserve several times starting last October, always with its mother, Libélula, the oldest known female in the region who has been showing up in photos on the reserve for almost nine years.

"It means that jaguars are thriving in this region," said biologist Miguel Gómez, who manages the Northern Jaguar Reserve. "It's evidence that the reserve is providing protection, that this female is using so much of the reserve for so long."

He said the sighting means jaguars are thriving there, and the reserve is doing its job. But the protected area is small compared to the space needed to ensure jaguars’ survival in both Sonora and Arizona, which requires protection from threats like hunting, habitat loss and barriers like the border wall.

"Habitat exists for jaguars in both Sonora and Arizona. But to secure their survival will need more work," he said. "And at the border, the question of the wall is another important factor in securing the continuity of the jaguars' habits in Arizona. They need areas without the wall.”

There are corridors that jaguars and other species need to move between the two border states where sections of the wall are already creating a barrier, he said, posing a threat to the potential restoration of a breeding population of jaguars in Arizona.

During the last year, 14 jaguars have been spotted on the Northern Jaguar Reserve and nearby ranches that participate in wildlife monitoring. Some live on the reserve, but others are liking just passing through.

Ángel is the first jaguar cub captured on video here, and one of seven cubs spotted on or near the reserve since its inception in the early 2000s. Gomez says they’re still not sure if Ángel is a male or a female.

Last July, a female cub named Choki was seen with an adult female named Luisa, who researchers believe is her mother.

"Choki was a little bit older, and we think that the mother was showing her the area so she could establish herself here," Gómez said.

Jaguars are solitary animals with territories that can span hundreds of miles. By the time Ángel is 2, it will be time to leave its mother to find its own territory, Gómez said.

For more on the jaguar population's steady rebound, The Show spoke with Ganesh Marin, a National Geographic Explorer and a Ph.D. candidate in the School of Natural Resources and the Environment at the University of Arizona.