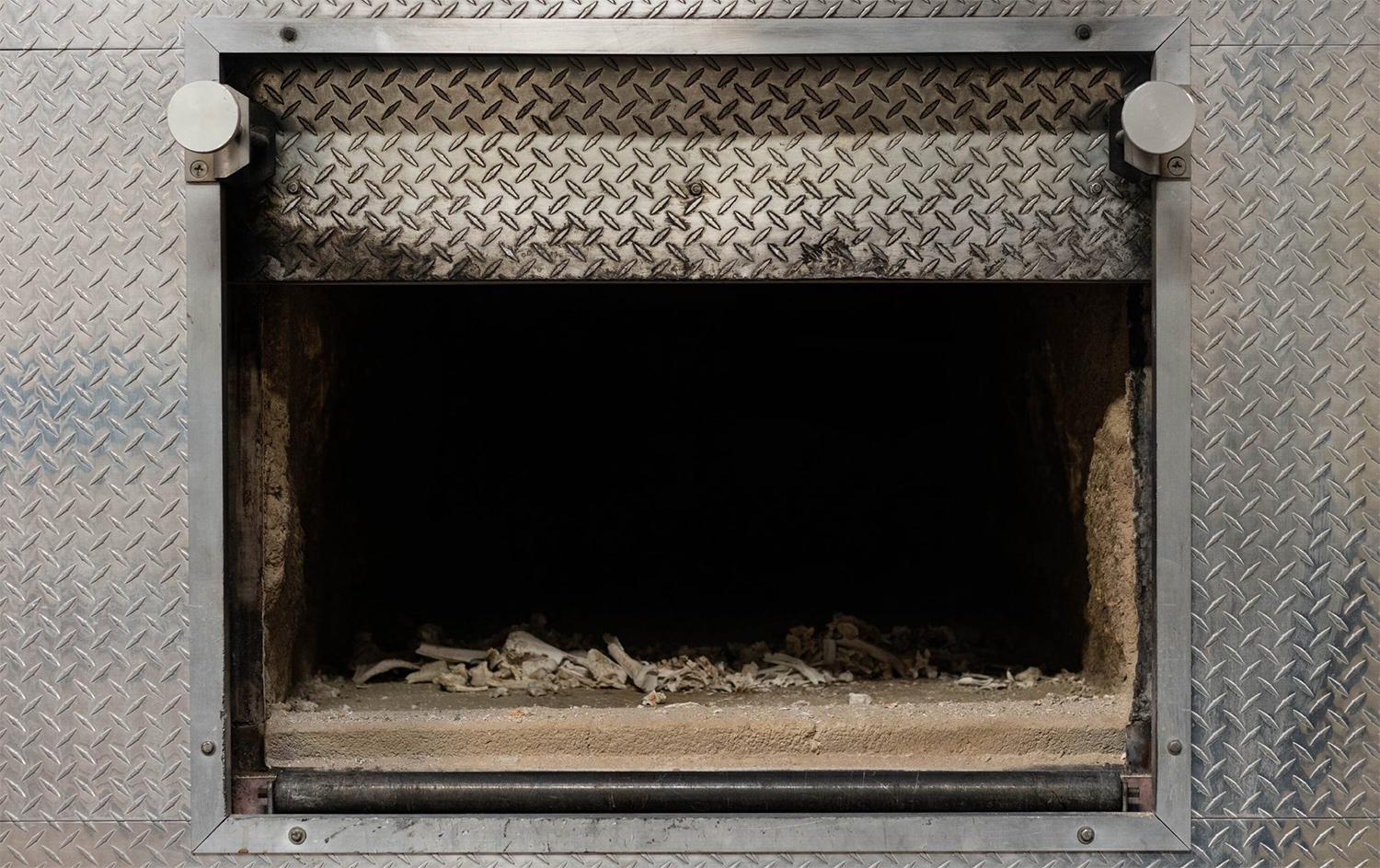 Kevin Pirehpour/Cronkite News
Cremated remains lie in the incineration chamber at the Paradise Memorial Crematory in Scottsdale, one of the state’s largest.

The pandemic has affected an extraordinarily high number of aspects of our lives, including how and how often we gather together in groups. That has had a dramatic impact on funerals and memorial services and how people say goodbye to loved ones.

At least in part, that’s also led to a significant increase in how many cremations are being carried out — and related problems have emerged from that.

Kevin Pirehpour wrote a piece for Cronkite News on how cremations are affecting air quality, especially in a specific area in the northeast Valley. Pirehpour joined The Show spoke to talk about his story.

The pandemic has put a crimp in a lot of families plans, and we're seeing more cremations as a result of that.

That's a big part of it. So, the cremations give families the opportunity to be more flexible with their recently deceased loved ones due to travel restrictions and maybe state restrictions, depending on where family members may be. When somebody does pass away ...  the cremated ashes give the family more flexibility as far as when they want to perform an actual ceremony and what they want to do with those cremated ashes. Whereas traditional funeral arrangements would require people to be at one place at one time. And it has a much less sort of flexible schedule given to families

You spoke to residents, said one specific crematorium in north Scottsdale that you found through Maricopa County air quality compliance. That has clearly put neighbors in a very tough situation. How many complaints are we talking about? What were some of the complaints they were they were making?

So, there were 20 complaints filed in Maricopa County by Maricopa County residents complaining of dark smoke and a lingering odor in the area surrounding crematoriums. Some residents even complained of having sore throats from having to inhale the smoke, depending on the circumstances of the situation. I discovered one crematorium in Scottsdale, the Paradise Memorial Crematorium, where residents live fairly close to the facility. ... Their back patios at the condo is less than a football field away from where they're processing and burning bodies through the cremation process. And at times there has been an increased amount of smoke, increased amount of dark smoke billowing out of the chimney, in fact. This last March, there was an incident where there was a power outage and that power outage happened during an active cremation, causing black smoke to come out of the chimney for several minutes.

It seemed like you got quite a bit of access. Did that surprise you at all? And what did that access what did that help you learn about what was going on there?

It was a bit surprising that they really opened up their facility to me. But they also extended that same offer to anybody who had any complaints or anybody living around the crematorium who wanted to know what was happening inside. So, it was an open invitation not only to me, but to also the residents living around the facility. ... The access that I was given, at one point, I was even standing inside of a walk in freezer where they're storing bodies, in a location that had five to 10 boxes holding human human bodies that in January was filled. It really gave me a full picture of the inside and outside of the experience for people who are operating the ovens inside the crematoriums and for the residents who are living nearby who are experiencing the byproducts from the cremation process.