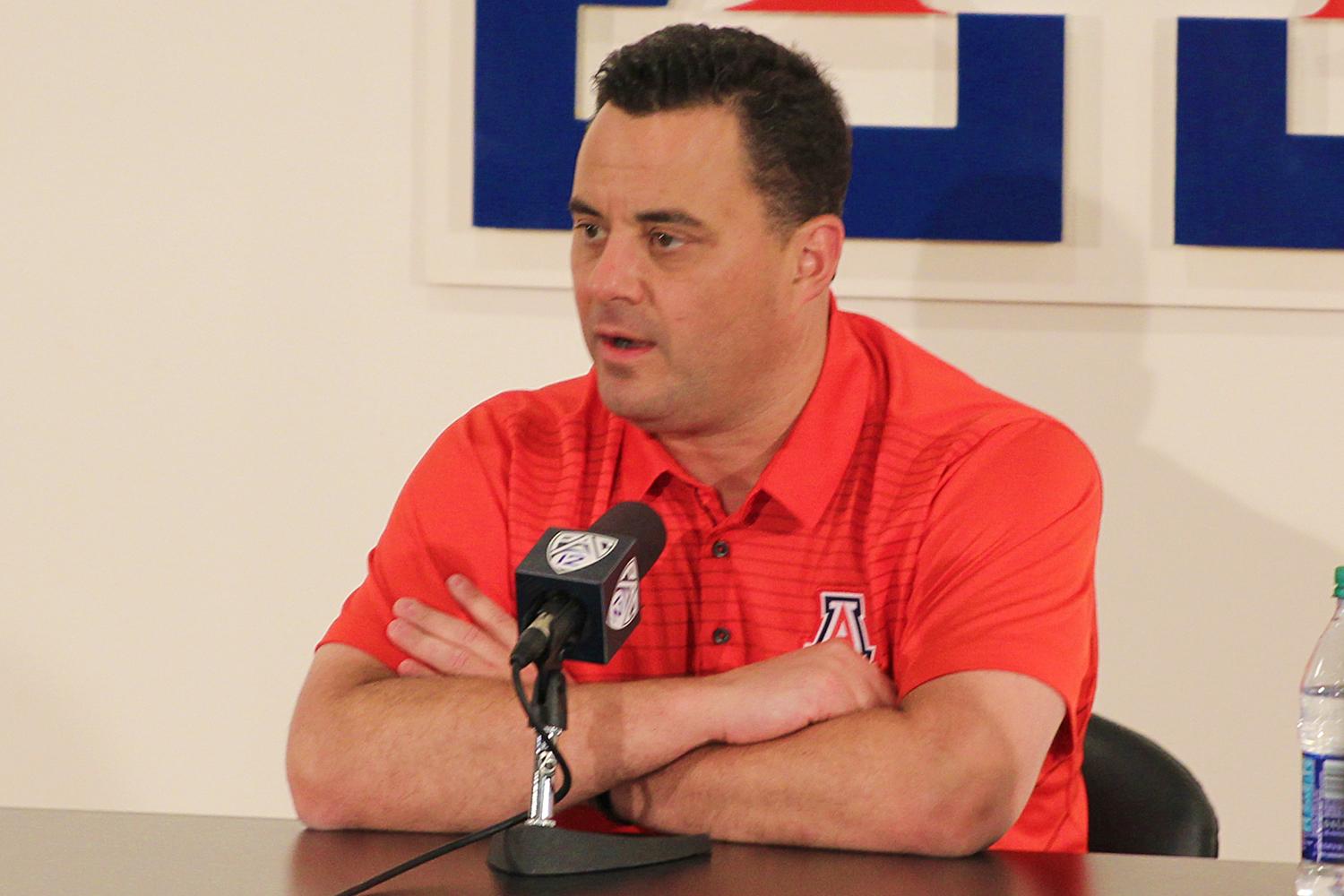 When the school didn't extend his contract beyond next season, it became clear a decision would need to be made.

The wait came to an end Wednesday when the school announced Miller was leaving after 12 seasons and associate head coach Jack Murphy will serve as interim head coach.

“We appreciate Sean’s commitment to our basketball program and to the university,” Arizona athletic director Dave Heeke said in a statement. “After taking the many factors involved into account, we simply believe that we need a fresh start and now is the time. I want to thank Sean, Amy and their sons for their service to the university and wish them the very best in the future.”

Miller and the Wildcats have been in the NCAA’s crosshairs since being ensnared in a 2017 FBI investigation into shady recruiting practices.

The NCAA issued a Notice of Allegations last year, and the case is currently going through the Independent Accountability Resolution Process. Arizona issued a self-imposed postseason ban this year and finished 17-9, 11-9 in the Pac-12.

But Arizona failed to reach the Final Four under Miller and had not won an NCAA Tournament game since reaching the Sweet 16 in 2017. The school said it will honor the final year of Miller's contract.

“After conferring with Dave Heeke since the season’s end, it has become clear that our men’s basketball program — and our University — needs to write a new chapter in our history, and that begins with a change of leadership,” university President Robert C. Robbins said. “Arizona Basketball means so much to so many and, as stewards of the program, we must always act in the best interests of the university. I believe our future is bright, and I look forward to welcoming a new head coach to the Wildcat family.”

Miller routinely pulled in some of the nation’s top recruiting classes after being lured from Xavier in 2009, but his recruiting methods came under scrutiny when assistant coach Emanuel Richardson was among 10 people arrested as part of a federal corruption investigation into college basketball.

Richardson was fired by the university and later pleaded guilty to accepting $20,000 in bribes from aspiring business manager Christian Dawkins. He was sentenced to three months in prison in 2019.

Miller sat out a game in 2018 after ESPN reported that he was heard on an FBI wiretap discussing a $100,000 payment to future No. 1 overall NBA pick Deandre Ayton. Miller vehemently denied the report, and Robbins announced a few days later that Miller would remain the Wildcats’ coach.

The NCAA Notice of Allegations sent in October had nine counts of misconduct, including a lack of institutional control and failure to monitor by the university, and lack of head coach control by Miller.