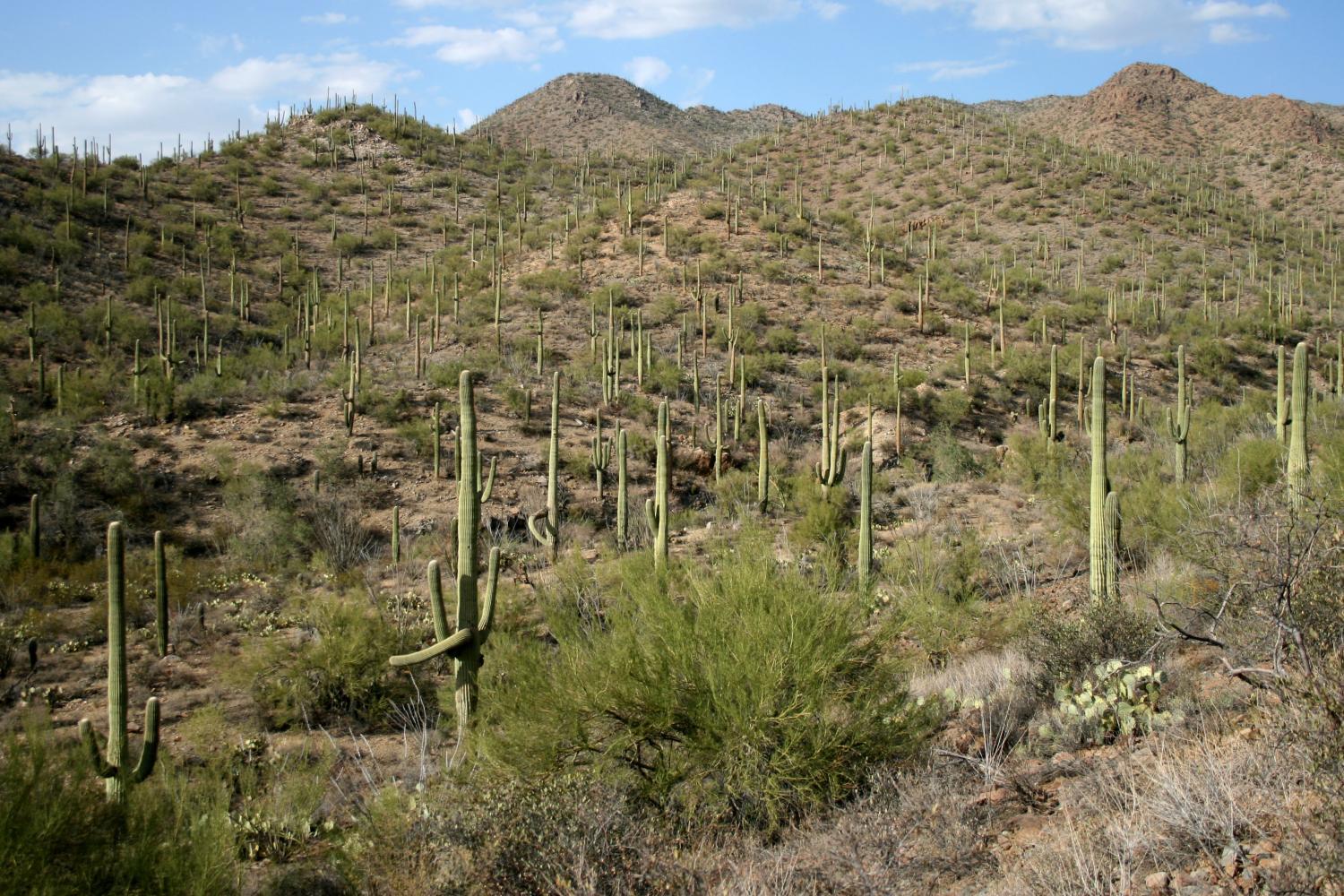 The latest count last year represents a roughly 7% increase from the 2010 saguaro census.

But experts tell the Arizona Daily Star that they worry about the low number of young saguaros that are cropping up to replace their towering elders.

The region has had a drought cycle that dates to the mid-1990s and the long dry stretch appears to be impacting both reproduction and the survival rate for newly sprouted saguaros, according to Swan.

“We’re still in a period of low establishment,” he said. “It’s still really low, but it’s not none.”

More study is needed to understand exactly what is happening.

In a few parts of the park, no new saguaros have been spotted for the past 25 years.

But in others, biologists have found more young saguaros than expected.

Swann said there’s a bumper crop of cacti still out there from the last big population boom and those saguaros are now old enough to reproduce.

The park saw a surge in population during a cooler, wetter period that lasted from the late 1960s through the early 1990s.

Swann said some of those cacti are only just now reaching reproductive age, which can take between 35 and 65 years in saguaros.

This was the park’s fourth saguaro census, which has been conducted once a decade since 1990.

Park officials can’t count every cactus, so they estimate the total population based on how many individual saguaros they find in 45 scientific plots — 25 in the park’s eastern district and 20 in the western district.

Each plot was selected at random 30 years ago and covers almost 10 acres.

The famously slow-growing plants have a low survival rate early in life, when they are less drought-resistant and vulnerable to being crushed, knocked over or snacked on.

By the time the plant is taller than a person, “that’s a saguaro that’s already at least 35 years old,” Swann said.

The biggest threats to adult saguaros are prolonged drought and unusually severe freeze events in winter.

An emerging problem is wildfires, which were once rare in the desert, but are now fueled by a growing carpet of invasive buffelgrass and other noxious weeds from other places.

Researchers warn that all of those factors are likely to get worse as a result of human-caused climate change.

Has the promise of expanded revenue from gambling damaged the moral arguments against it?