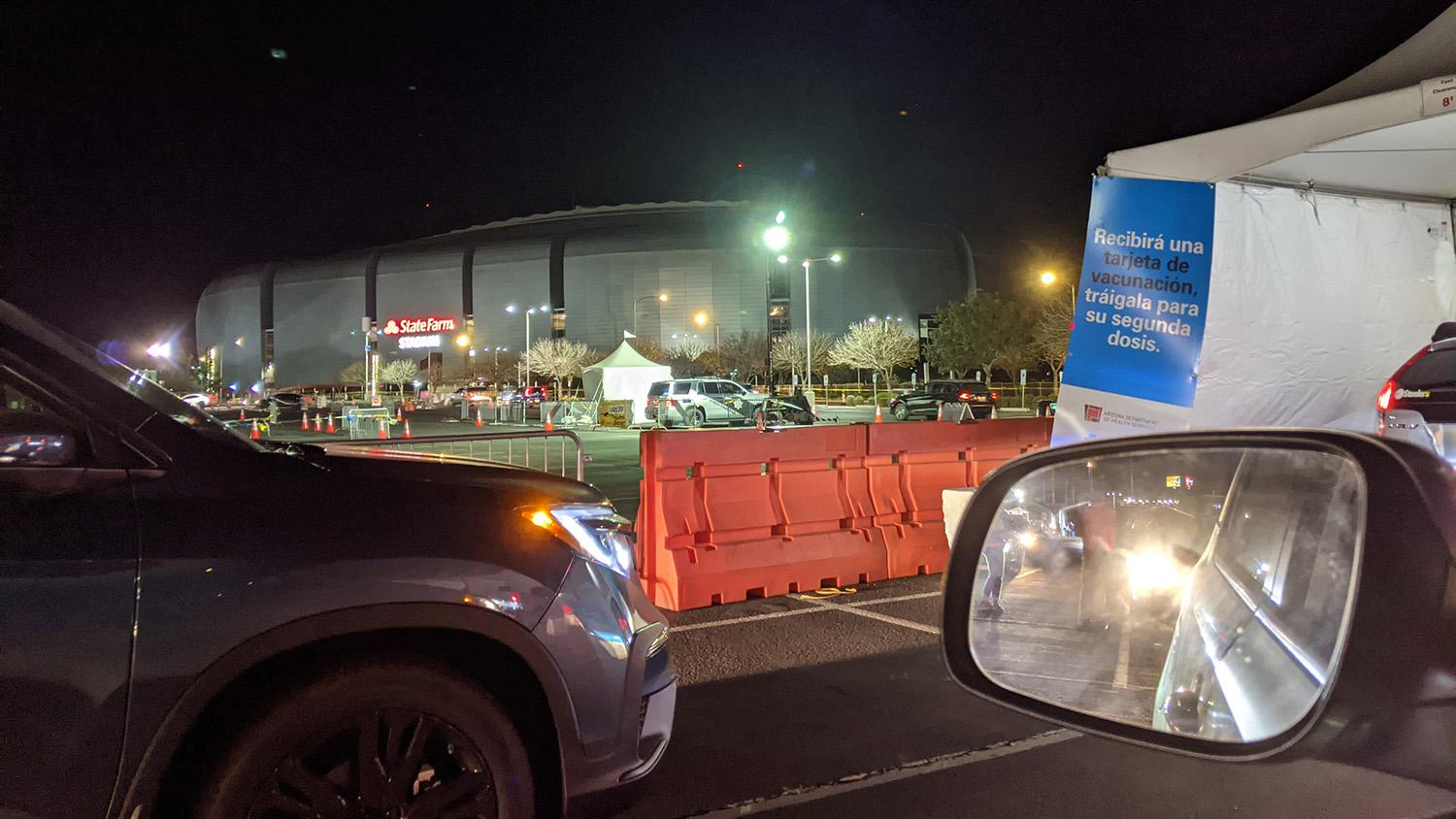 “The State Farm Stadium site is among the highest-performing mass vaccination sites in the U.S.,” Ducey said in a statement. “This past weekend alone, we administered more than 10,000 doses per day. We’re committed to keeping up the pace.”

More than 900 National Guard personnel already are deployed to support the COVID-19 mission in Arizona.

Meanwhile on Wednesday, Arizona health officials reported 733 additional confirmed COVID-19 cases and 26 more deaths. But officials said about 200 of the additional cases were from records cleanups involving cases occurring over the entire pandemic.

The state’s pandemic totals increased to 841,811 cases and 16,967 deaths, according to the state’s coronavirus dashboard.

Arizona’s seven-day rolling averages of daily new cases dropped from 868.3 on March 15 to 547.7 two weeks later on Monday while the average of daily deaths dropped from 35.4 to 20.4 during the same period, according to Johns Hopkins University data.

The number of infections is thought to be far higher than reported because many people have not been tested, and studies suggest people can be infected with the virus without feeling sick.