Arizona Senate Republicans on Monday suspended a rule requiring masks be worn in the chamber over the pleas of their Democratic colleagues, who warned it was too soon to let up on a simple measure that helps stop the spread of the deadly coronavirus.

The Senate rule change follows a decision last week by Republican Gov. Doug Ducey to lift all remaining statewide coronavirus mitigation policies and once again preempt local governments from mandating masks in their own jurisdictions. 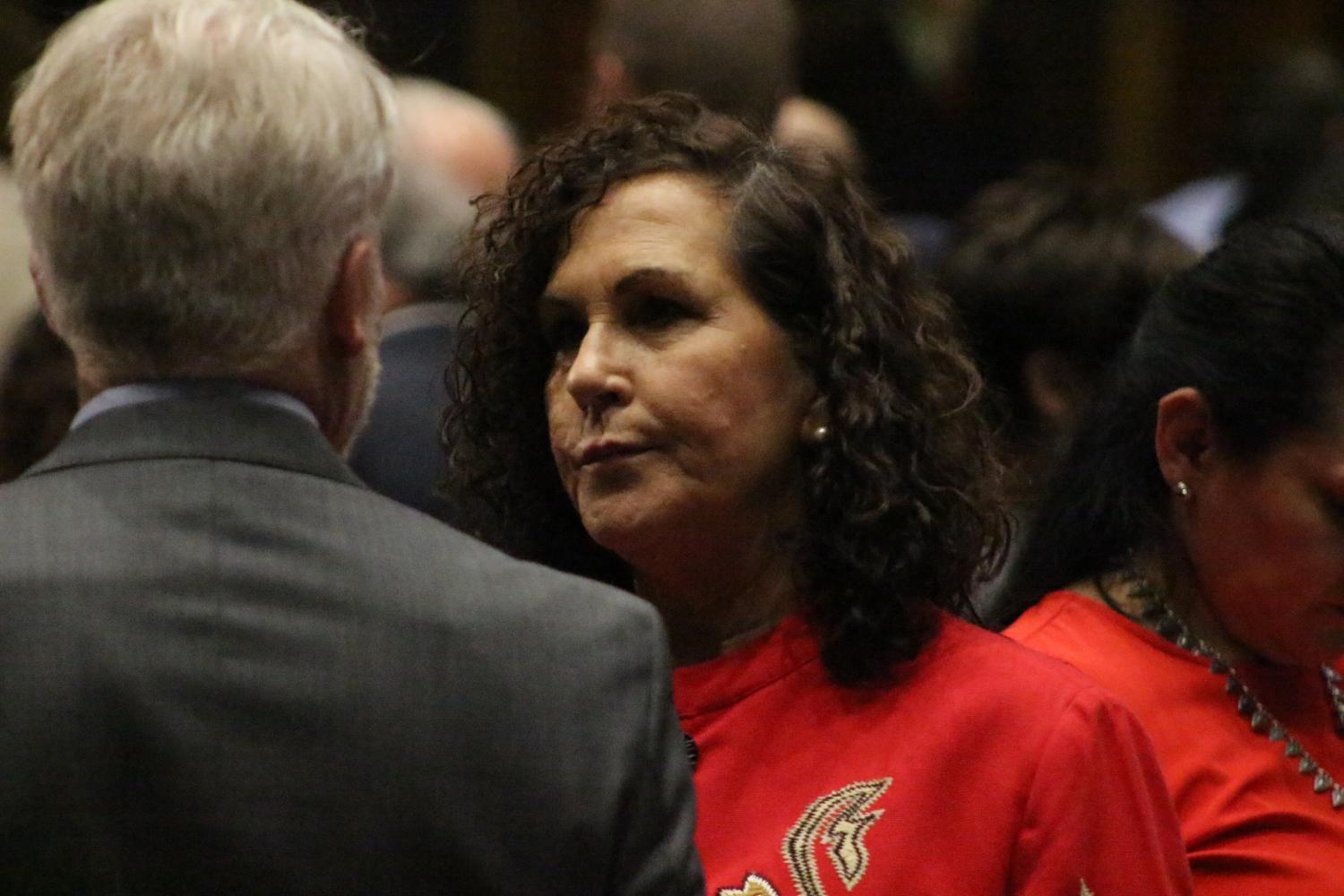 Democrats in the Senate, knowing the party-line vote would favor Republicans who control the chamber 16-14, asked their GOP colleagues to still wear masks even if the rules recommend, but don’t require it. Through tears, Sen. Sally Ann Gonzales (D-Tucson) spoke of the family members she’s lost to COVID-19 during the pandemic and her concerns that coming to the state Capitol puts her family at risk.

“Here we are lifting the masks because, whatever, the governor said it’s OK. But the medical doctors say we shouldn’t be letting our guard down to this virus,” Gonzales said. “So I implore people to continue wearing their masks here on the floor as we gather.”

All but a few Republican senators removed their masks immediately after voting to end the mandate.

Senate Majority Leader Rick Gray, who described some Democrats as throwing a tantrum over the rule change, said wearing a mask should be up to the individual.

“This is an option and a choice that we have in the Senate, and the last I remembered, America was about the land of the free and allowing people to make decisions for themselves,” the Sun City Republican said.

That’s precisely the attitude Democrats like Sen. Lisa Otondo warned about while voting against the rule change.

“I ask you to please consider others,” Otondo said. “To me, that is the true meaning of freedom, is when we take care of each other as a community and as a country.” 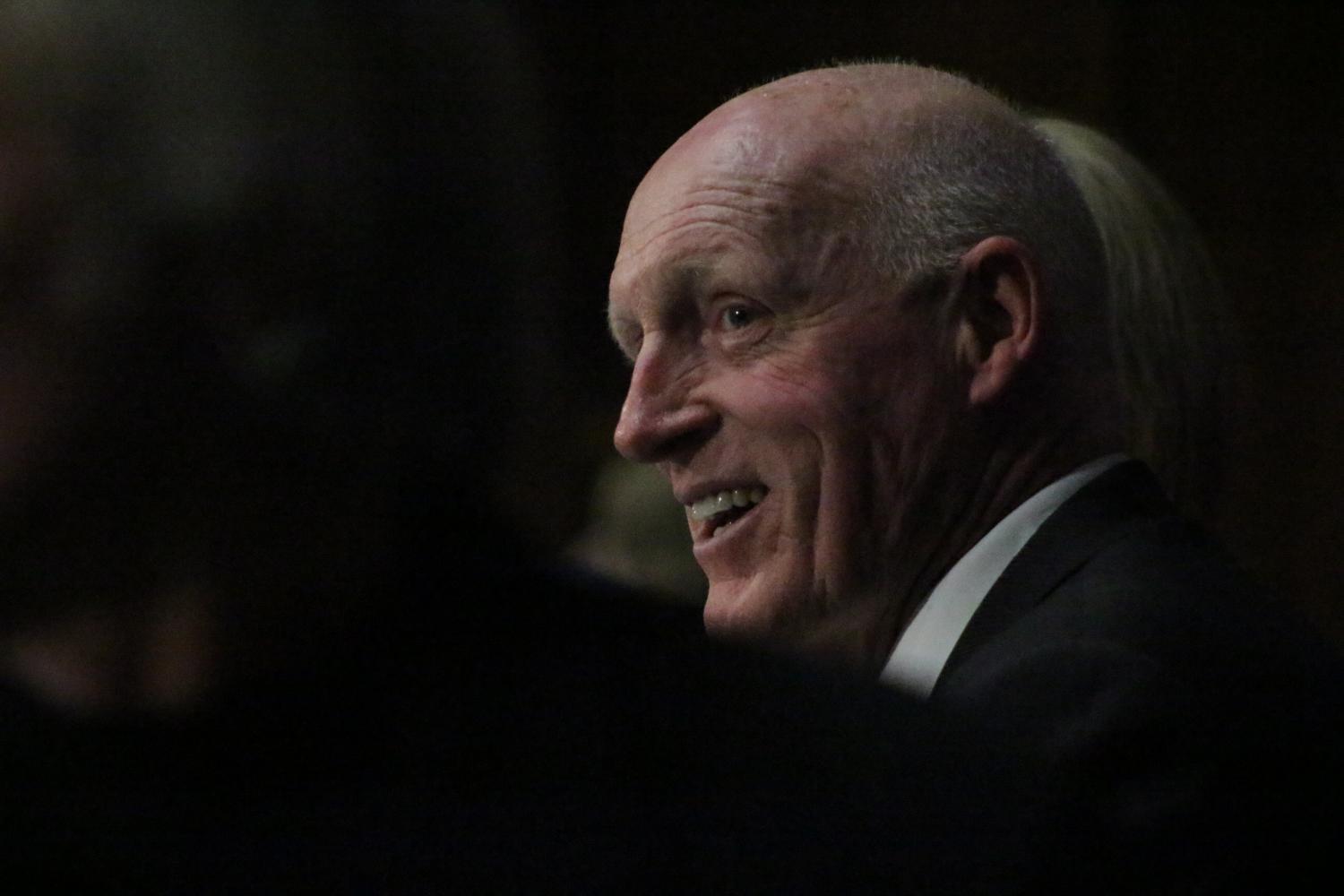 Other Senate COVID-19 policies remain in effect. The general public can still testify in committee remotely, and senators are still allowed to participate in floor votes via Zoom from their offices. Senate President Karen Fann sent an email to all senators earlier in the day reminding them to respect one another's choices, particularly those of staffers who may continue wearing their masks.

“Please try your best to keep 6-feet distance, respect their choice, and help whenever possible to keep them safe,” Fann wrote.

What will change is the senators who choose to cast their votes from the chamber. Immediately following the suspension of the mask mandate, Otondo left for her office to avoid contact with maskless senators.

Sen. Kelly Townsend, a Mesa Republican who long objected to the mandate, has spent the entire session legislating from her office to avoid wearing a mask. With the mandate gone, Townsend immediately left her office for the floor.

The House has operated under slightly different rules that required representatives to wear masks only when it was impossible to keep six feet of distance from others. New rules issued by Bowers Monday afternoon now recommend wearing a mask in such a scenario.

Unlike the Senate, masks were only required on the House floor when representatives left their desks. Bowers had plexiglass barriers installed between desks, and members were allowed to de-mask while seated. The House rule changes will also allow the public to attend committee hearings and observe lawmakers from the House gallery, but in a limited capacity.