The Planedemic: Why Hundreds Of Airplanes Are Still Grounded In The Arizona Desert 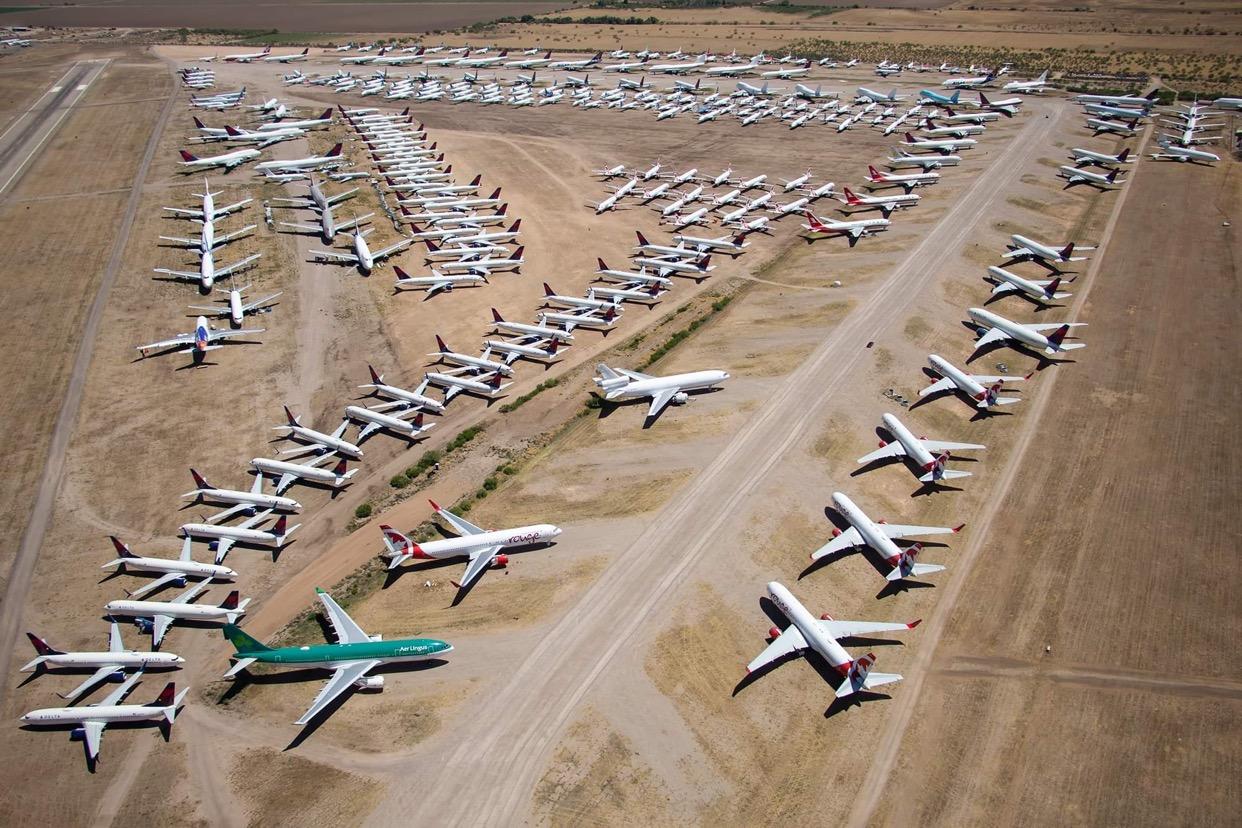 For those of us who frequent the Phoenix to Tucson corridor along Interstate 10, you’ve probably noticed plenty of glistening aluminum in the desert in Marana, just north of Tucson.

That’s the Pinal Air Park. And what seems like a crowded mirage of jets is very much the real thing.

“Before the pandemic and the Max 8 issue, we probably had about 89 aircraft that were being stored or parked. We probably jumped to over 400, but now we’ve had a lot of reactivations,” said Jim Petty, the airpark’s director.

→ Did You Know: World's Largest Military Plane Boneyard Is At Tucson's Davis-Monthan Base

About 30 of the largest and newest of them are from Boeing’s troubled Max 8 fleet, which are starting to come back into service after being grounded following two deadly crashes two years ago. But most of the others are just standing by to fly again. 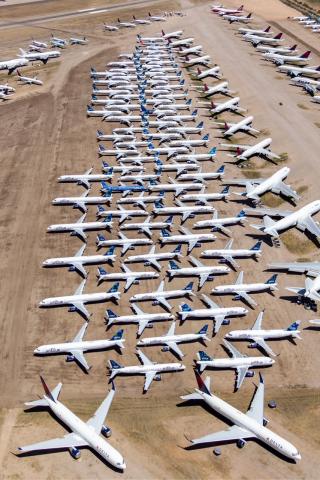 While travel, tourism and airlines have struggled, Pinal county’s once-small airport has thrived.

“Most of it has to do with the virus. So, it’s a good busy, but it’s a very unfortunate reason," Petty said.

As it turns out, the state is the perfect place for long-term parking your jet.

“With its low humidity, very arid conditions, it’s very good for the aircraft as far as preserving the systems and protecting the metallic surfaces from corrosive environments," Querio said.

Querio’s company maintains and services all those dormant aircraft.

“We do heavy maintenance, modifications, storage, paint, reclamation. It’s been a robust year with the effects of COVID-19," Querio said.

That, though, is beginning to change. Petty says he’s noticing more and more planes leaving his air park. I asked if that may be a bellwether for the travel and tourism business.

“I would say that’s a fair assessment. A lot of the aircraft that are being stored here, will come back into service before they are needed immediately," he said.

Brett Snyder has also been noticing. He runs the blog, The Cranky Flier, which tracks the airline industry.

“Oh yeah, that’s a really important indicator. When you see something like this that happens, there are airports all around the world in dry and warm climates where airplanes tend to rest best when they’re not being used," Snyder said.

And there were a lot of unused aircraft. According to the International Association of Travel Agents, passenger air travel was down as much as 90% during the pandemic. Those who have been flying may have noticed how airlines have been adjusting their fleets.

“Because there’s so little demand for international long haul flying and those flights have been cut back so much that you see more of those wide body, big airlines on domestic routes,” Snyder said.

If one thing seems certain, Querio believes the demand for air travel will return once everyone can bust loose again. 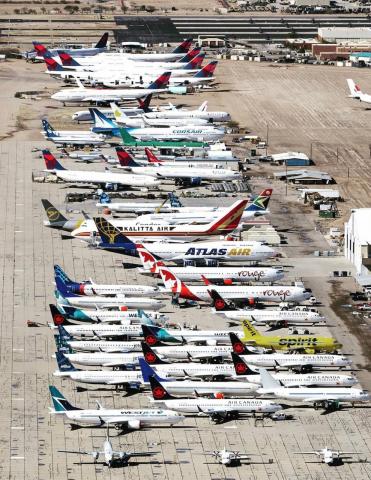 “There’s people who are going to travel. There’s no doubt about it. You see spring break is now, beaches are beginning to fill and everything else. People will become more and more comfortable as a higher percentage of those in the global population get vaccinated,” he said.

At Pinal Air Park, Petty says another certainty is that Arizona will keep its spot as a hotbed for the industry.

“Without a doubt, aviation is one of the leading industries in the state right now. There’s so many facets of it. From education, like with Embry-Riddle, many of the universities have aviation programs, like Arizona State. Storage, the stuff that happens here — but also the military,” Petty said.

But Snyder says less certain are the permanent changes to how we fly.

“The airlines with their change fees. When the airlines came out with that, we saw some airlines like United say this is permanent. To me, that says I don’t know — maybe they’ll be around for three years I don’t know (laughs)? The time horizon for permanence in this industry is pretty short. But they are hoping that this flexibility is something they will keep.”

But Snyder knows there’s one luxury that will soon become a thing of the past.

“I think there are some long-term benefits that I can think we can expect to stick around. But for people hoping that middle seats will be blocked off forever, that’s not gonna happen.”

So, happy flying again and watch those elbows!