Women Of The West: Ayra Hackett 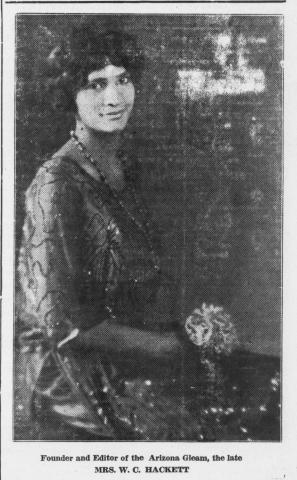 Arizona has a long history of women leaders and history makers, but many of their stories aren't as well known as they should be. Over the past few years, we've introduced you to Arizona women who made their mark on the state.

And this year for Women's History Month, The Show is introducing you to five more Women of the West — Arizona women who helped shape their communities and the state's history.

In 1929, Ayra Hackett founded the Arizona Gleam, a newspaper primarily serving Phoenix's Black population. She was the only Black newspaper owner in the state at the time.