Phoenix Could Raise Water Rates For 5th Time In 6 Years

The Phoenix City Council is scheduled to vote on a proposed water rate hike on March 17.

If approved, water rates would increase 3% in October and 3.5% next March. The water department estimates the average residential customer would pay roughly $2.40 more per month.

“You know we’re heading into a worse drought, water is going to be less available, more expensive, so we don’t want to make any errors in how we deliver that water,” Vice Mayor Thelda Williams said during a March meeting of the infrastructure subcommittee.

Since 2016, water rates have increased 18%. In 2019, the council approved a 12% water rate increase spread over two years. At that time, the city’s water services director, Kathryn Sorensen, said the increase was needed to ensure reliable delivery to north Phoenix and other areas that normally rely on Colorado River water by investing in infrastructure to improve access to banked water and groundwater.

Between the 1960s and '80s, Phoenix installed more than 4,000 miles of pipe. The water department says about a third of the proposed 6.5% rate increase would cover pipe repairs and replacements.

“Every time a pipe breaks we are losing water, it’s being wasted and we’re paying for something we’re not being able to use,” Williams said.

The graph below provided by the city shows revenue increases for water since 2001.

EDITOR'S NOTE: The story has been updated to correct earlier information from the city of Phoenix. 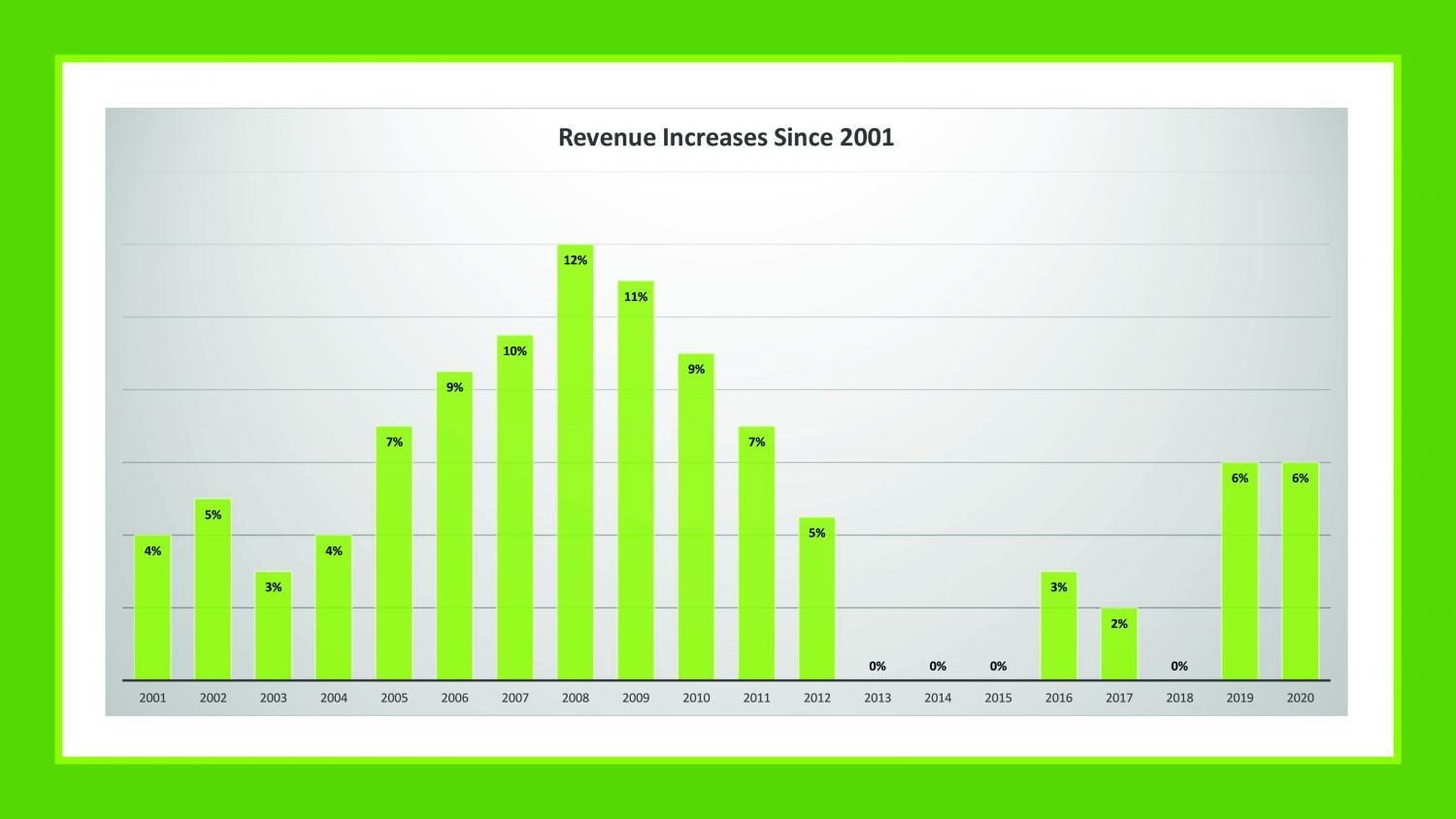