The Path To Boosting COVID-19 Vaccination Rates Is Riddled With Pitfalls. Here's Why

Part I: Roots Of Reluctance

Although confidence in COVID-19 vaccines is rising as more people receive them without serious incident, members of many key groups, including health care workers, still hesitate to get their shots.

Reluctance stems in part from unease over the rapid development of COVID-19 vaccines and the unfamiliar biotech behind them. But some pushback comes at the hands of anti-vaccination groups, too.

"There were flyers flying around in African-American communities — before we had a vaccine — telling them, 'Don't get the vaccine because it will give you the disease, give you AIDS, you know, make you sterile," said Dr. Georges Benjamin, executive director of the American Public Health Association in Washington, D.C.

For example, lawyer and bioethicist Barbara Pfeffer Billauer of the Institute of World Politics in Washington, D.C., says such groups previously mobilized insular communities of Somalis and ultraorthodox Jews to oppose measles vaccines.

"Their basic message is: The disease is not dangerous, be it COVID or measles; the vaccine is dangerous; and big pharma/government is out to dupe you," she said.

"I would maybe tell you to go and look at the Tuskegee experiment and ask yourself, 'Are they lining up for another Tuskegee using African American citizens?'" said Bigtree in a June 21 video posted to Facebook and YouTube. 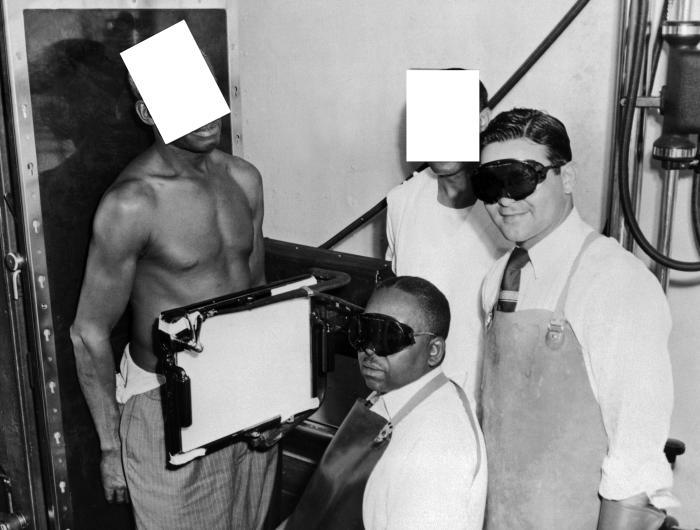 Centers for Disease Control and Prevention
Participants in the Tuskegee Syphilis Study sometime around 1932.

Outrage still lingers over that study, in which the U.S. Public Health Service misled, and withheld treatment from, hundreds of Black men with syphilis.

Disparities in health care and access still persist among people of color, who experience far higher infection and hospitalization rates from COVID-19.

Those facts only redouble the tragedy of vaccine avoidance in those communities.

Vaccine mistrust has spread across the globe over the past few decades. Heidi Larson founded the Vaccine Confidence Project after witnessing its spread while working for UNICEF.

"It was amazing. I mean, in Hanoi, in Tehran, in Bosnia, in Ouagadougou — I mean, I was hearing all kinds of different but similar things."

One common theme: questioning the intentions of the groups providing the shots.

Larson said such sentiments have seeped into once-untapped social networks as well.

"There's been this whole coming together, and a lot of it's against government control."

She describes dissenters as emboldened, well-organized and far more comfortable than pro-vaccine groups "at going out of their comfort zone."

"If you have 100,000 pro- people and 1,000 against vaccines — or questioning — they will split into 10 groups of 100 so they can get to as many different types of communities and anxieties and reinforce them."

Sky Schaudt/KJZZ
A worker administers a Pfizer COVID-19 vaccine at the State Farm Stadium vaccination site in Glendale on Jan. 12, 2021.

The Political And The Personal

The politicization of health information and policy — mixed with long-simmering distrust of pharmaceutical companies — has provided fertile soil for rumors. For many, these accounts can become wrapped up in personal identity, until even a request to observe basic precautions feels like a personal attack.

"We see the end stage of a commitment to a belief that takes people from an early decision – 'I'm not wearing masks because I'm loyal to the president, and he's not wearing a mask' – to screaming in a supermarket," said Carol Tavris, a social psychologist.

In her book, "Mistakes Were Made (but Not by Me)," Tavris explores why some people embrace new evidence while others "double-down and reject it," justifying past choices over and again.

"But with every step along the path of justifying that first decision, it will take them further and further away from the ability to let that decision go and change their minds," she said.

In the face of such ideological entrenchment, offering more information seems unlikely to win over undecided parties, let alone win back opponents.

So, changing minds might come down to informed, trusted community leaders telling true stories about COVID-19 and vaccines — and doing it respectfully.

Tavris underlined the point by illustrating what not to do.

"'What were you thinking? Why aren't you taking a vaccine, you twit?' You know, and of course, what the person is going to say is, 'What I was thinking was, I'm really very smart and reasonable.'"

The experts agreed that ultimately, people want clear, concrete answers. And they want someone to hear — and heed — their concerns.

"You have to build the kind of relationship with people that is trusting so that they will take your advice and go forward when it is your best advice you can give them," said Benjamin, a former physician.

“You have to build the kind of relationship with people that is trusting so that they will take your advice and go forward when it is your best advice you can give them.”
— Dr. Georges Benjamin, American Public Health Association

Larson agrees. She said her UNICEF clients felt as if their questions and concerns went unheard.

"We weren't putting ourselves in their shoes. We were totally driven by getting, as they call them, the 'jabs in arms.'"

But rebuilding trust between individuals — and between people and the institutions that serve them –requires good faith efforts on all sides.

"You're considered an evil person, a devil person. It's not just that we disagree, but that you are evil, wrong and horrible. Well, there's not going to be a conversation that way," said Tavris.

"Le Monde, the French newspaper, said it used to be that we couldn't talk about politics and gilets jaunes, the yellow jackets, protesting in the streets. Now we can't talk about vaccines at the dinner table," said Larson.

Larson has seen divisions over COVID-19 vaccines grow deeply and dangerously entrenched in the U.S. and abroad.

"I've had lawyers come to me about, you know, people ready to go to divorce court because of their different vaccine views."

With divisions deepening and heels digging in, some have argued for stronger steps to stem the tide of misinformation.

"The social media networks Facebook and Twitter have been much more vigilant and much more aggressive in clamping down on the anti-vax messages," said Billauer.

That wasn't always the case.

Facebook once provided a primary platform for anti-vaxxers like Bigtree. Then, nearly a year into the pandemic, the company announced it would remove posts making false claims and shut down repeat offenders.

In 2015, Kennedy recruited leaders in the Nation of Islam to spread the long-debunked message that vaccines cause autism.

Misinformation And The Courts

Opposing efforts to stop COVID-19 misinformation are groups that raise First Amendment objections to such actions. But the courts historically have held constitutional protections do not extend to dangerous and false speech.

The new standard leaves ample room for anti-vaxxers to employ dog whistles and indirect speech to bring about potential illegal action without running afoul of the law — assuming there's a law to violate.

"Unless there is a law that says you must vaccinate, there's no illegal action going on," said Billauer.

Efforts to pass such a law received a preemptive rebuff when the Supreme Court ruled against another COVID-19 restriction that curtailed a First Amendment provision. 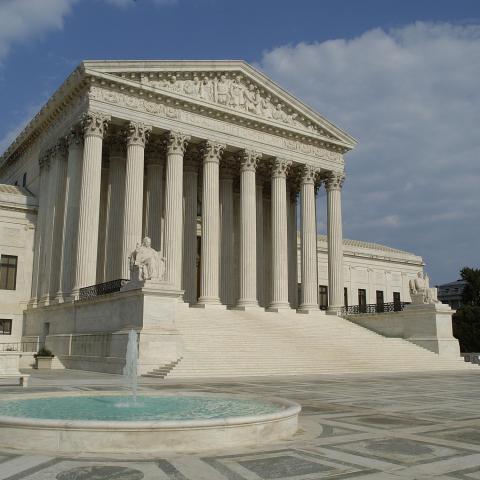 In a 5-4 split the court ruled against New York Gov. Andrew M. Cuomo's restriction of religious gatherings in areas of high COVID-19 transmission. The decision, in which Amy Coney Barret played a key role, ran counter to precedents the court set earlier in cases involving Nevada and California, which took place before the death of justice Ruth Bader Ginsberg.

"With this case that was just decided by the Supreme Court at the end of November, the Roman Catholic Diocese case, it becomes more difficult."

Another way to put more shots in more arms is to require them.

"There was a very influential case, Jacobson v. Massachusetts, where the Supreme Court said it's in fact consistent with the public health powers of the state to be able to require vaccination of individuals," said Largent.

Emily Largent teaches medical ethics and health policy at the University of Pennsylvania Perlman School of Medicine. She thinks businesses that require employee vaccinations might enjoy a competitive advantage.

"So if you knew that one local coffee shop had everybody vaccinated and the other group didn't, maybe some people would be drawn to that."

Largent thinks school reopenings will become the test case for vaccine mandates, but not yet.

"Children right now aren't a great option because none of the vaccines that are available have actually been given emergency use authorization for children," she said. 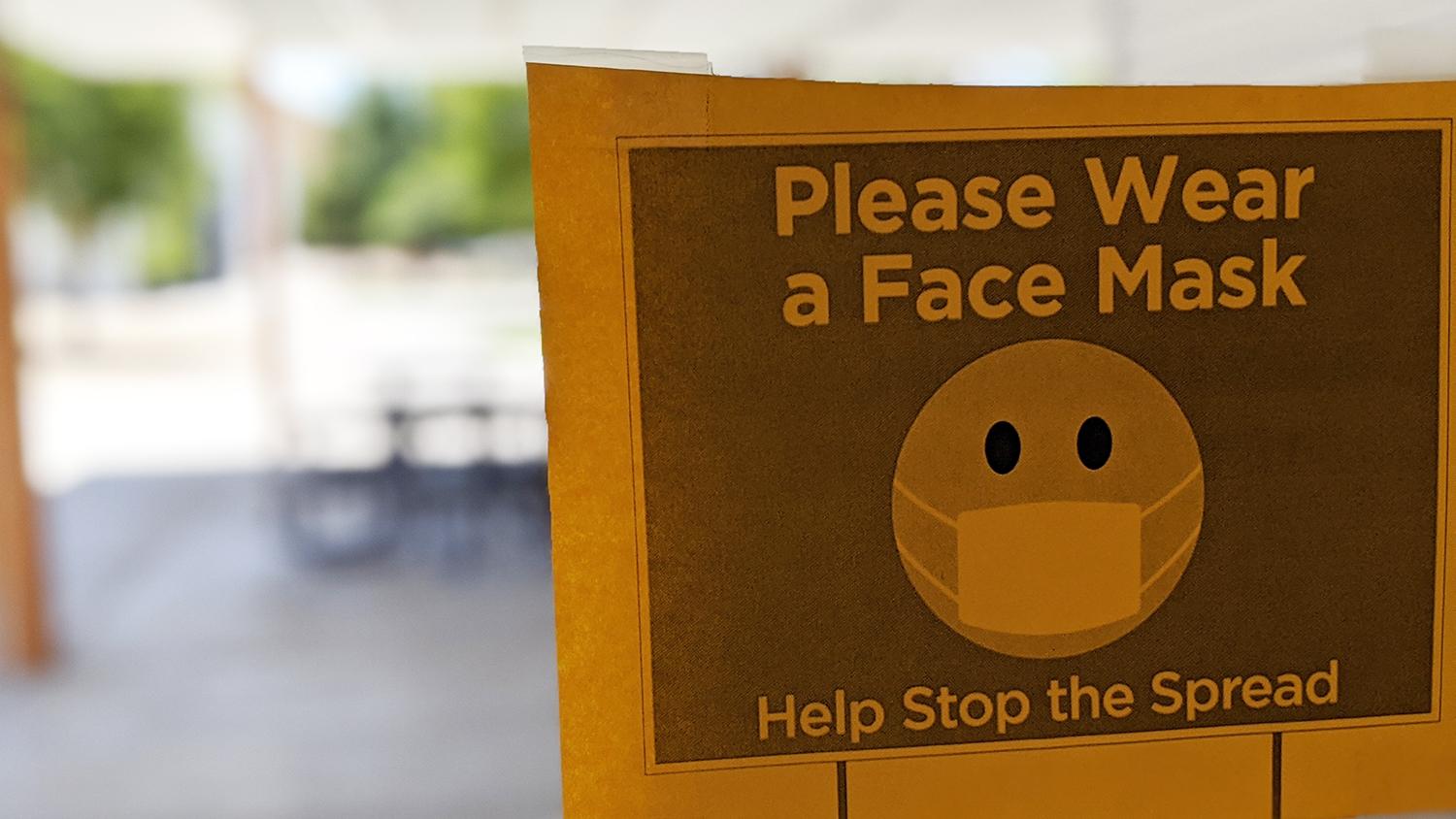 Sky Schaudt/KJZZ
A mask sign at a school in Phoenix.

Moreover, mandating something in short supply and not fully licensed could prove impractical if not impossible. And trying to force people in the present political climate could backfire.

"The more you demand people do things, the less likely you are to get compliance from some people," said Benjamin.

Some say pushing so hard, and risking pushback, poses an unnecessary risk.

"We're actually seeing hesitancy going down already. A lot of people just need to be reassured by watching friends and neighbors and people they trust have the vaccine," said Largent.

But will time and success suffice, or will some people need further incentives — or help?

Some prominent public figure have argued paying people the equivalent of a stimulus check to get vaccinated offers a less forceful and more beneficial alternative to other vaccine inducements.

But Largent worries such payouts will smack of coercion, especially to those struggling to make ends meet.

"I don't think that we should offer incentives to people to be vaccinated when we aren't offering them, you know, consistent payments to make up for lost income or helping with housing," she said.

But there are alternatives. The city of Phoenix pays its employees $75 to get vaccinated, and other area cities offer wellness points or insurance discounts.

Largent supports modest incentives. She says offering cab fare or paid time off can reduce friction that gums up the process.

"We can just reduce barriers to vaccines by making them free and readily available to people, say, in communities where they live, where they congregate already," she said. 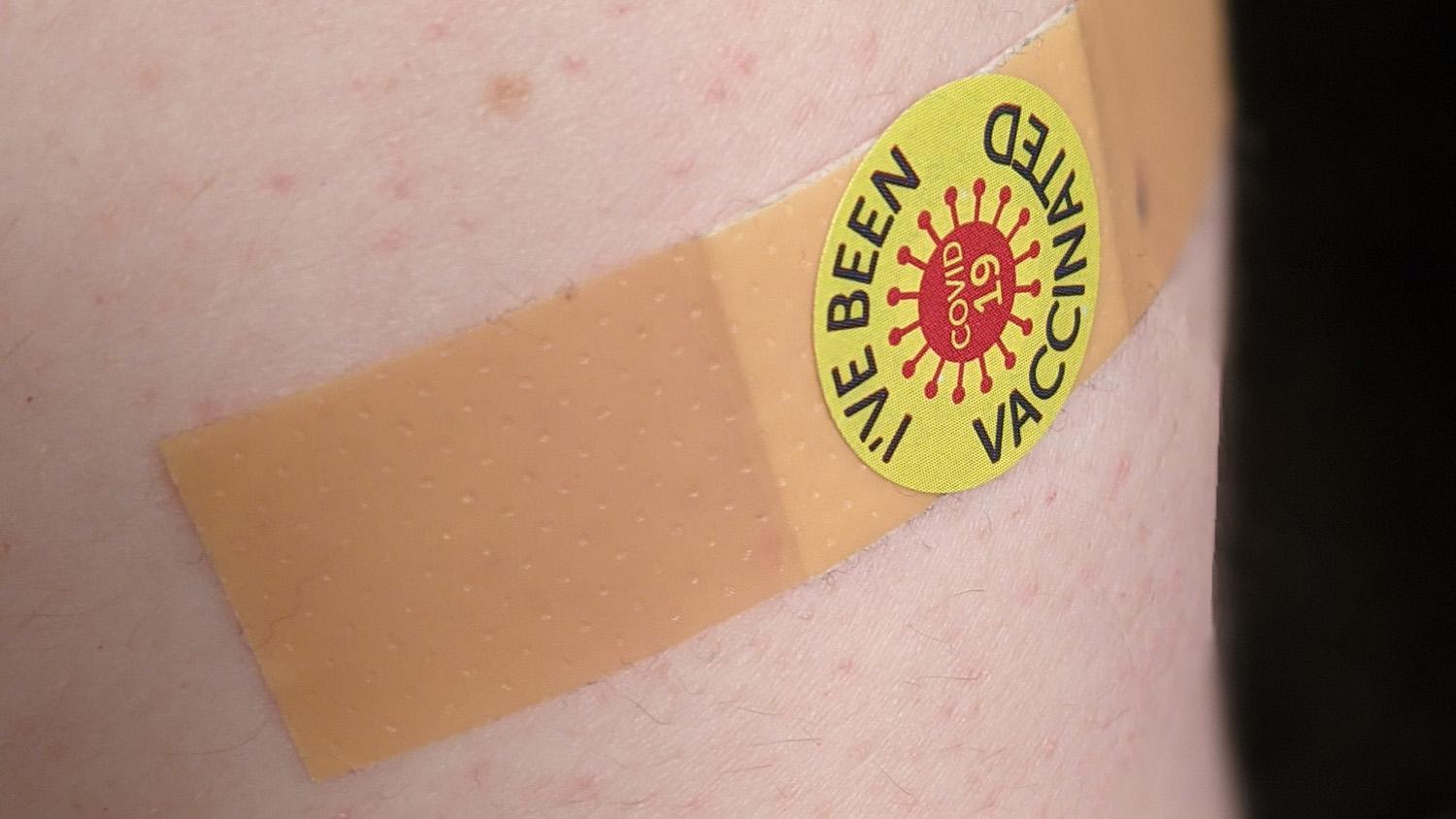 Sky Schaudt/KJZZ
A bandage shows the COVID-19 vaccine was administered.

But the right community leaders could sway those who remain undecided. Larson says that should be someone closer to home – not the Pope or the Organization of Islamic States, but rather a nurse cousin, a local imam or pastor, or a trusted figure.

Benjamin knows exactly who she means.

"Mrs. Jones down the street. You know Mrs. Jones. Everybody goes to Mrs. Jones for advice. You got to figure every community has a Mrs. Jones," said Benjamin.

In the end, the best hope for heading off future surges and reaching herd immunity might lie with the Mrs. Joneses of the world — but only if the right people earn their trust first.