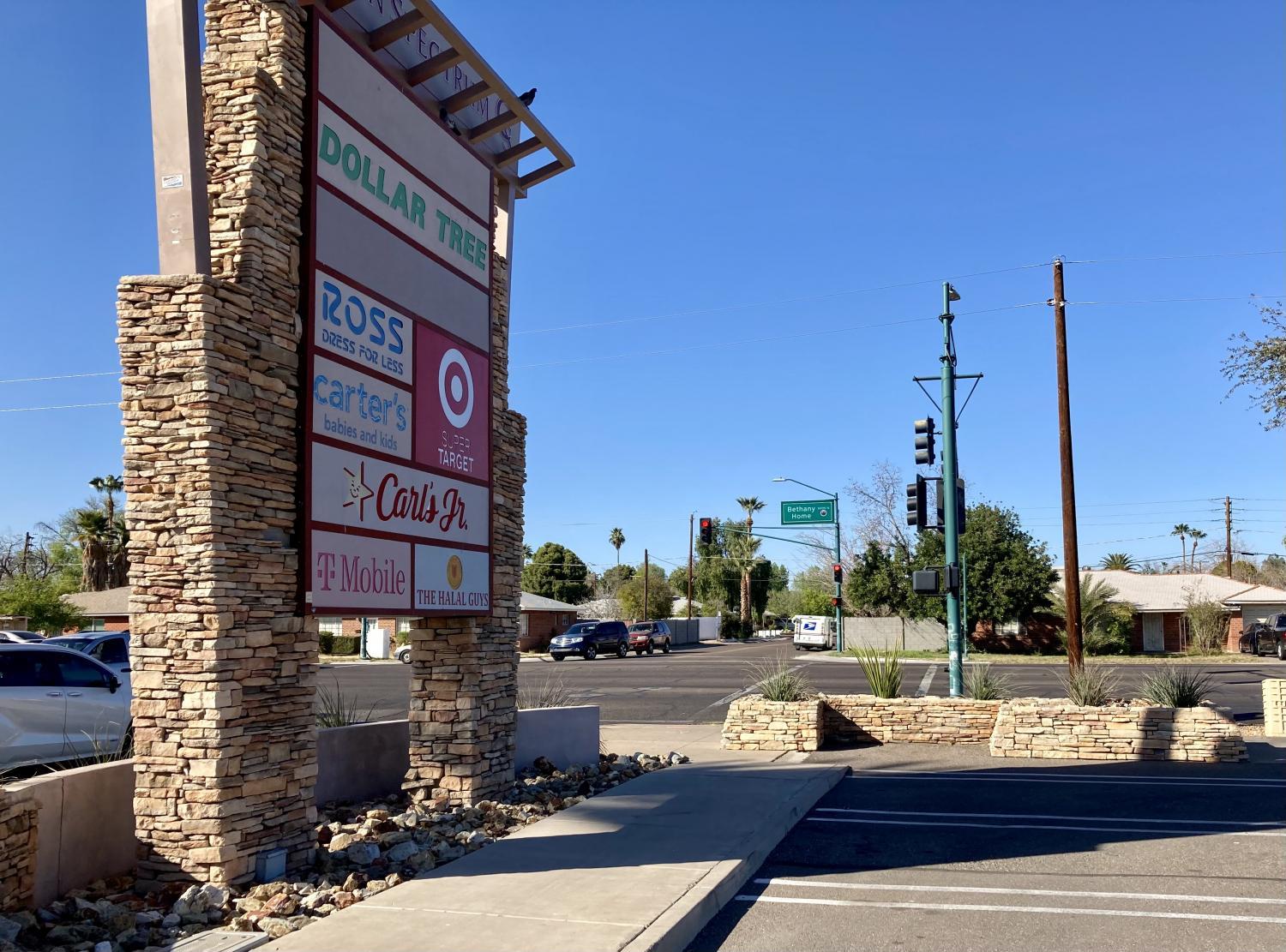 Kimco, the management company for Christown Spectrum Mall located at the southeast corner of 19th Avenue and Bethany Home Road, will request a zoning change to create a more urban environment.

When Christown opened in 1961 as Arizona’s first air-conditioned mall. Today, the 98-acre site is home to Target and Walmart, but it recently lost JCPenney and Costco.

Preliminary plans show Kimco will use a multi-phased approach to keep retail while adding apartments, offices and entertainment.

“That they will do a good development that takes into consideration the neighborhoods that surround it, that they will use local businesses and local restaurants," said Fitzgerald.

Kimco
A rendering of plans for Christown Spectrum Mall in Phoenix.

The plans for early phases show Harkins Theatres in its current location while full buildout does not mention the 14-screen theatre. A spokesperson told KJZZ: "We are very excited about Kimco’s plans to upgrade and modernize the shopping center.  We have been entertaining moviegoers at Christown for nearly 30 years and plan to continue entertaining our loyal guests at this theatre for many years to come."

Kimco says it owns interests in 400 shopping centers across the United States and “is one of North America’s largest publicly traded owners and operators of open-air, grocery-anchored shopping centers and mixed-use assets.”

Fitzgerald would like to see a small grocery, like Trader Joe’s, along with outdoor and rooftop dining options. While she’s concerned about more traffic and increased density from mid- and high-rise apartments and office buildings Fitzgerald said, “I know something has to happen to this neighborhood to up its game, you know, or this neighborhood’s just gonna kind of die on the vine.”

A virtual neighborhood meeting will take place March 16 and Earl & Curley, a Phoenix-based zoning and land use law firm working with Kimco, created a website to gather community input and share renderings and information.