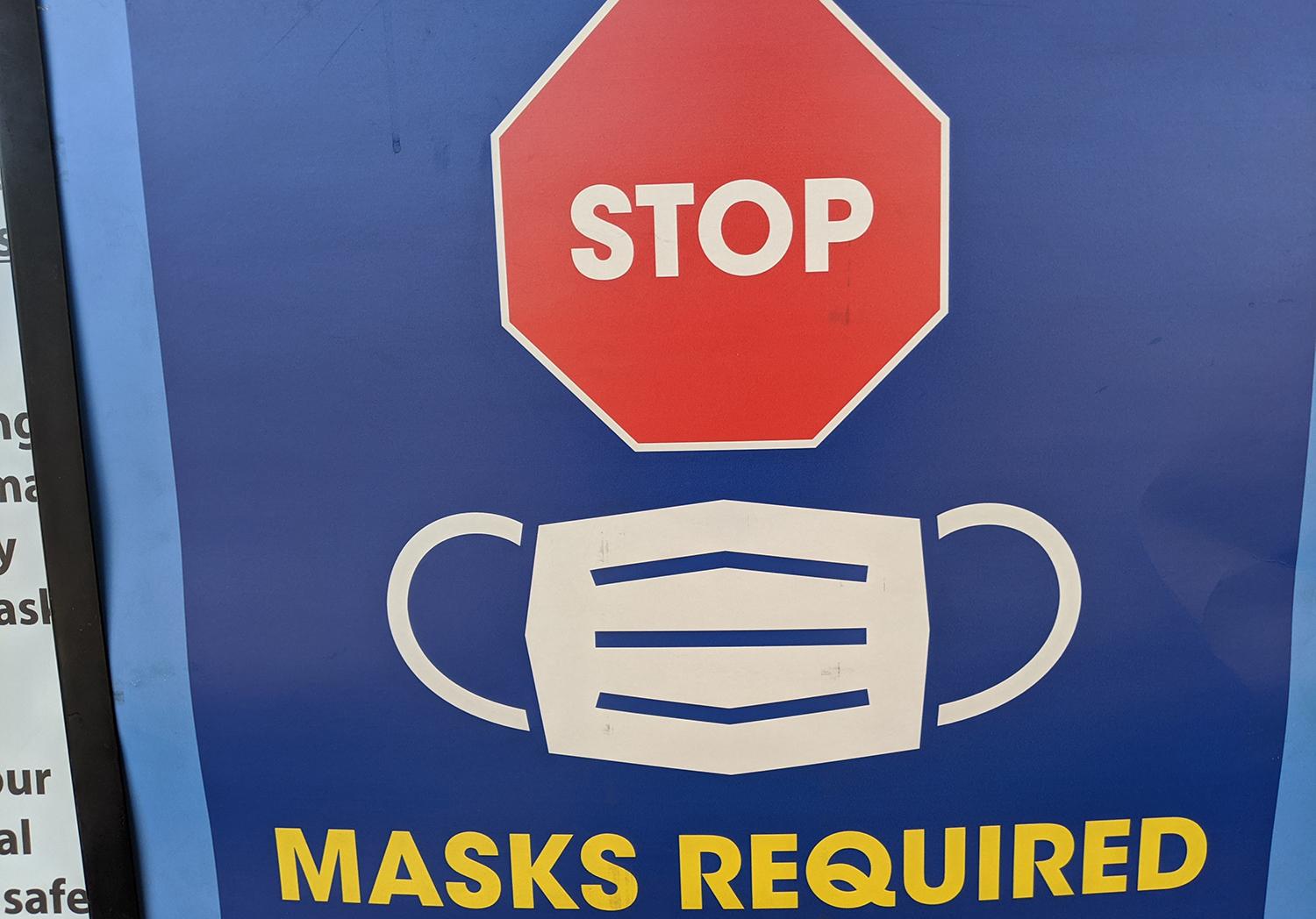 Sky Schaudt/KJZZ
A sign instructing customers to wear a mask at an Arizona grocery store.

The Republican-controlled Arizona House on Wednesday approved a measure that would let businesses ignore government mask mandates imposed to slow the spread of the coronavirus despite emotional opposition from minority Democrats who say it could cost lives.

Republicans were just as passionate, saying government mask mandates and other government action amid the pandemic had hurt businesses and that masks don’t necessarily keep COVID-19 from spreading.

“Viruses do what viruses do and you can’t control them with masks,” said GOP Rep. John Fillmore of Apache Junction.

Rep. Randall Friese, a Tucson Democrat who is a physician, said the facts show that masks do help limit the spread of the virus, which he called a highly transmissible virus that people can spread for days before they know they are infected.

“This bill does not lift the mask mandates, this bill creates exemptions,” Friese said. “When we create exemptions, we are punching holes in the frontline defenses that we know work against respiratory viruses.

But Rep. Joseph Chaplik, a Scottsdale Republican who sponsored the bill, HB 2770, said his proposal is about freedom.

“This is a bill that government needs to be in check and I believe the individuals and the business owners are intelligent enough to make their own decisions on how to run their businesses,” Chaplik said. “We do not need government overreach in this community.”

The House debated the bill for more than an hour, with Democrats and Republicans sparring about the pandemic response that has added to the political polarization across the nation. Democrats said it was a matter of public health while Republicans kept hammering about free choice. The proposal passed on a 31-28 vote and now goes to the Senate for consideration.

Democratic Rep. Aaron Lieberman of Paradise Valley agreed, saying he hears from business owners who were “absolutely grateful” when Gov. Doug Ducey allowed cities and counties to impose mask mandates. That’s because they weren’t force to choose between their employees and their health and a sale.

But Republican Rep. Leo Biasiucci of Lake Havasu City said that’s not what he heard from business people in his district

“The one thing that always came out of the mouths of the business owners in my district is let them decide, let the consumer decide,” Biasiucci said. “If a business wants to mandate masks, let them mandate masks. If customers are not comfortable going in there, they’re not going to go. And that’s how it should work.