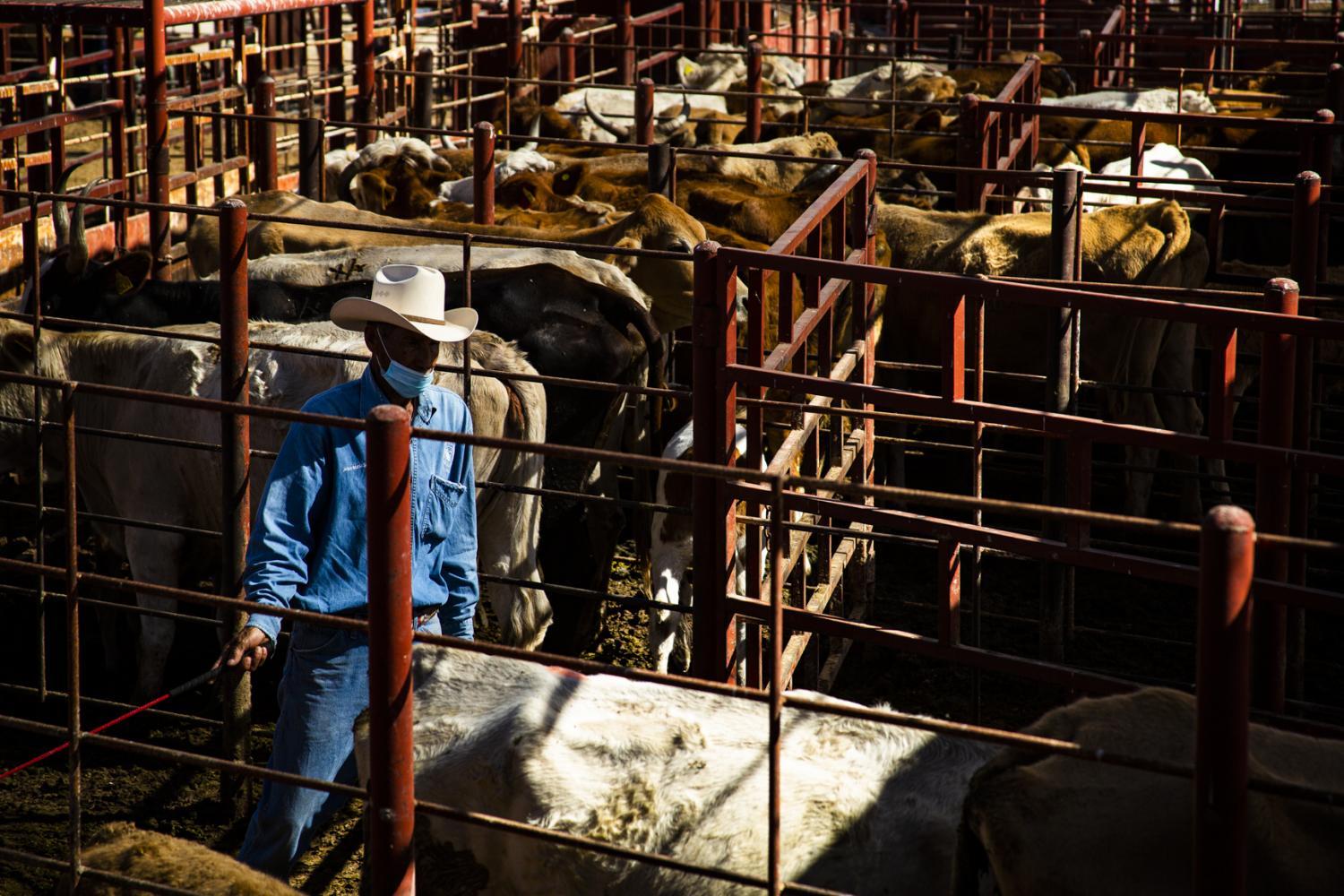 Murphy Woodhouse/KJZZ
A cowboy wrangles cattle at an auction at the Sonoran Regional Cattle Union headquarters.

On a recent Thursday afternoon on the outskirts of the Sonoran capital Hermosillo, a livestock auctioneer was taking bids. Beyond the viewing area, a long line of cattle was being slowly herded through a maze of corrals toward the front.

“They’re thin,” said Francisco Acuña, who has worked at the auctions for five years, of several passing by. Their ribs were pushing out against their taut, ragged hides. “Skinny cows.”

Recent federal data show that all but one of Sonora’s 72 municipalities have some level of drought. And more than 60% of them are experiencing extreme or exceptional levels, by far the highest figure in the country.

That means there’s really nowhere for ranchers to take their animals to graze, Camou said. And, with months to go before the desperately needed monsoon rains, which were a bust last year, feeding them is “impossible, economically speaking.”

“Because of the drought, we’re often forced to get rid of productive herds,” he said.

And many ranchers have turned to the auctions to do that. They started with older animals. But as it’s dragged on, they’ve even started unloading young, productive animals, undoing years of painstaking work, according to Camou.

“There’s a lot of supply, a lot of supply,” he said when asked if the large numbers have meant falling prices for ranchers. “And as time passes, the physical condition of the animals is falling, and the skinnier an animal, the lower the price.” 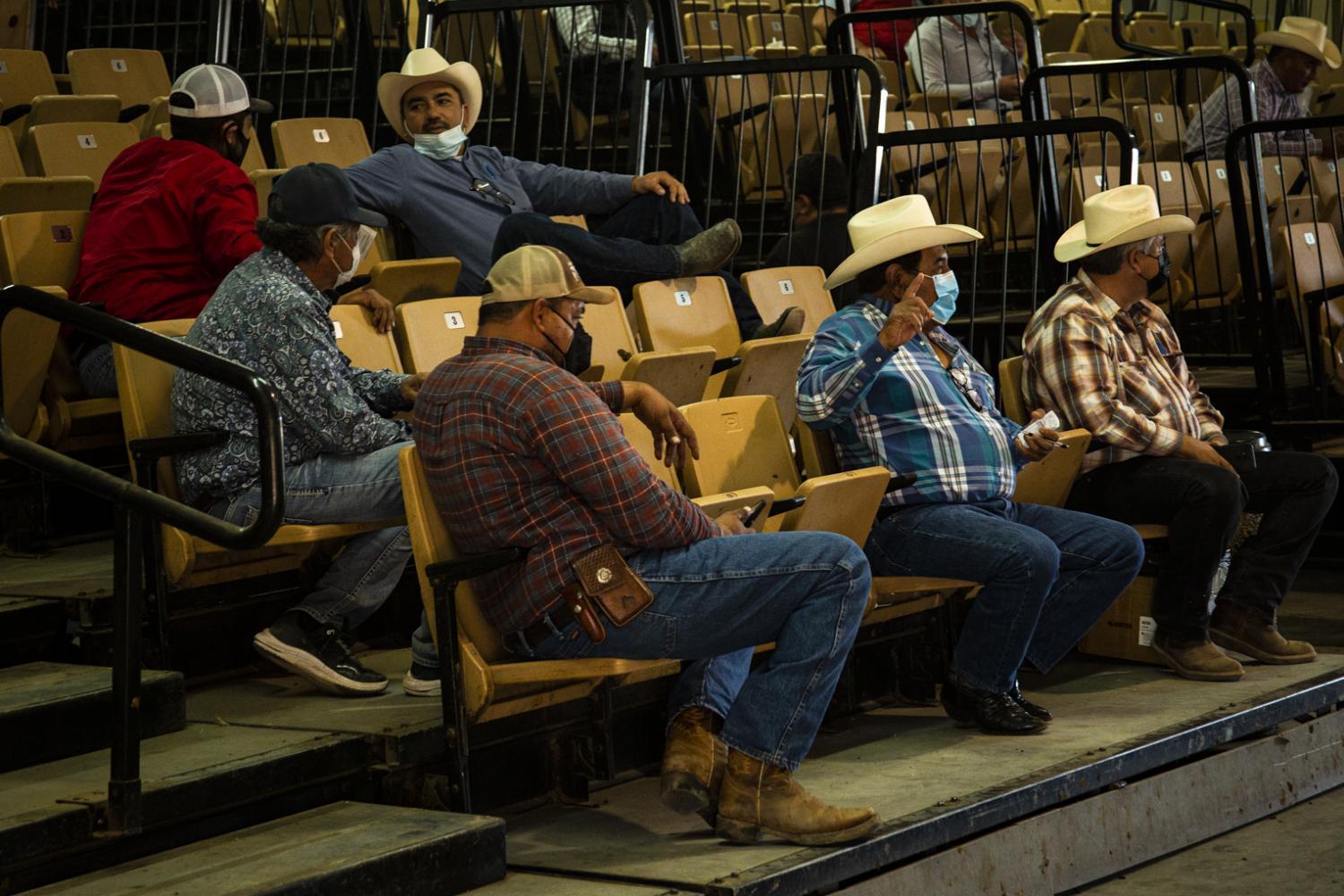 “Of course there are going to be repercussions,” said Jesús Ancheta, the union’s marketing director.

Ranching directly supports more than 30,000 families in Sonora, whose state seal prominently features an imposing bull. But Ancheta said it’s also a key economic activity tying people to the state’s rural communities. A hit like this could mean some ranchers pull up stakes and head to the cities.

“Often when they sell that cattle, then they don’t have anything that keeps them there,” he said.

After selling off much of his herd, in addition to a few dozen deaths, one northern Sonora rancher told KJZZ he doesn’t know what comes next.

Ranchers are also selling off the young female cows necessary to repopulate herds when — and if — the rains return, according to Ancheta. That could spell significantly reduced income and exports for several years to come.

And ranching isn’t the only agricultural sector getting slammed. 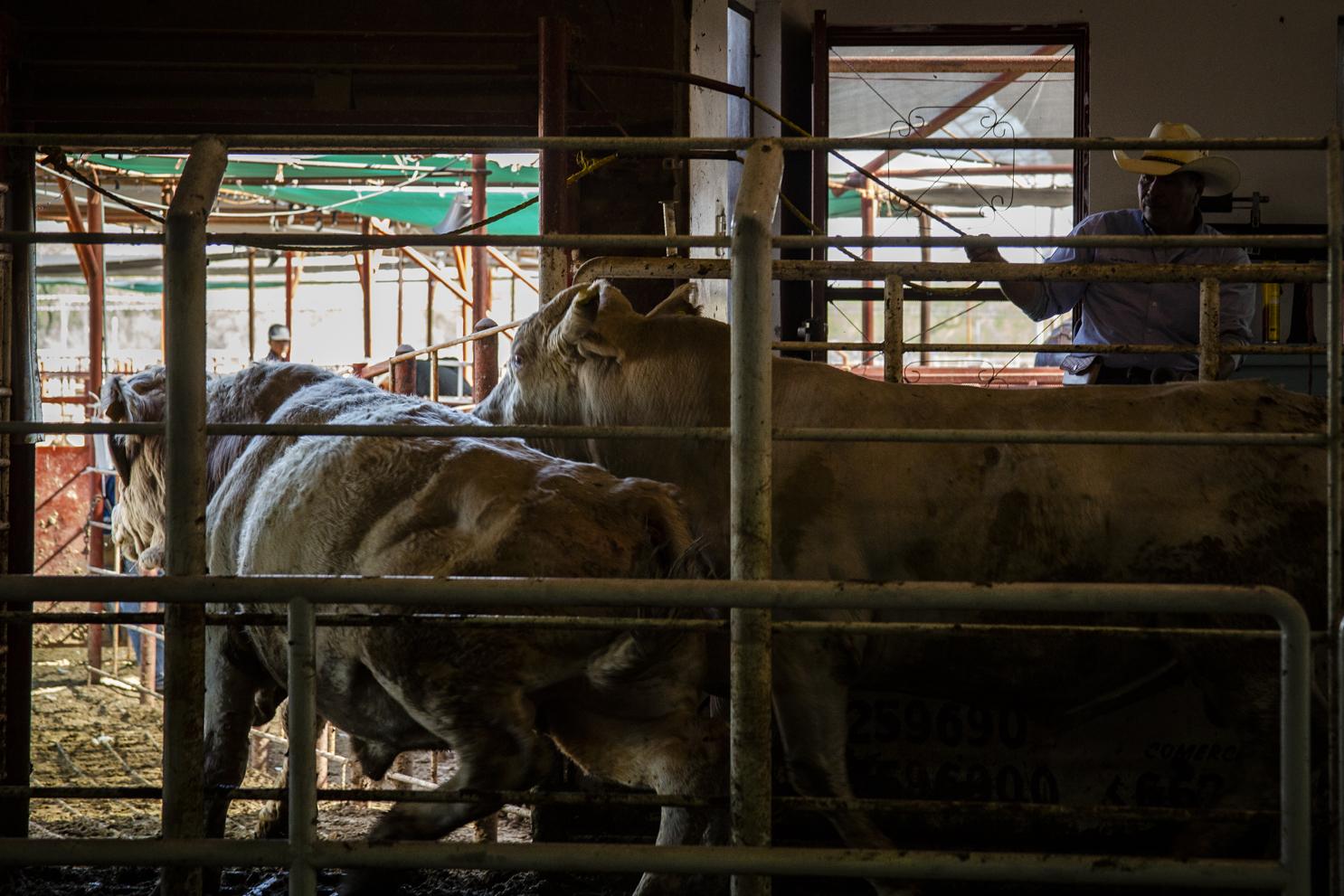 Murphy Woodhouse/KJZZ
The auctioneer opens a gate for two bulls after taking bids.

Rodolfo Jordan Villalobos is the state head of the National Campesino Federation (CNC), which represents small farmers, ranchers and farmworkers. He says some 70,000 acres aren’t going to be planted in the Mayo River Valley, one of Sonora’s key agricultural areas. That alone spells a production decline of tens of thousands of tons of wheat, a critical commodity for the state.

“I don’t even want to think about the rains coming as they did” last year, he said of 2020’s dismal monsoon season.

In December, the federal government declared a natural disaster in 43 Sonoran municipalities due to the drought. Over the course of 2020, rainfall was half what it was the year before.

But a regional representative of the National Water Commission told media that the measure would only serve to guarantee human access to water, and not address the agricultural impacts. Villalobos and others said they have not seen substantial federal aid.

“We don’t have any support, not from the state, not from the federal government, no one,” said Cuauhtémoc Cañez, the northern Sonora rancher.

But the cattle union’s Ancheta said that no amount of money can solve the problem. Only rain can do that. 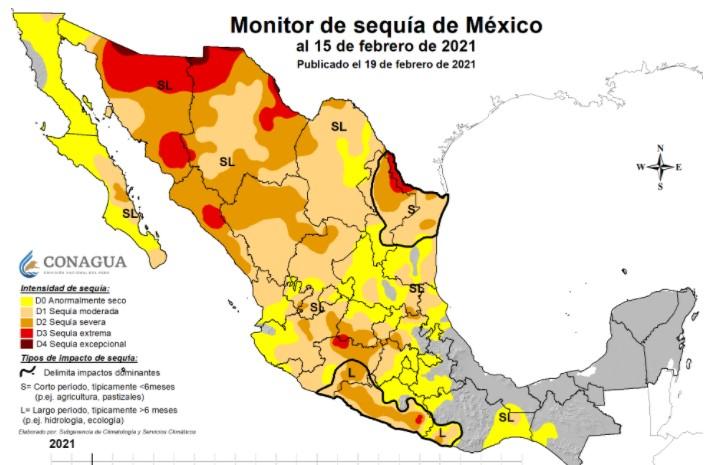 Some are hoping that the current drought serves as a wakeup call.

América Lutz, a researcher at the Colegio de Sonora who studies water resources in arid regions, said the current drought is likely tied to a La Niña weather pattern.

But she said that “common sense and logic” also point to an important — though difficult to quantify — role played by climate change, which is expected to bring hotter, drier conditions to the region by the middle of the century.

But that doesn’t mean that the climate “is waiting for 2050 to arrive to start manifesting itself,” she said.

Having better data about the smaller, regional scale impacts of climate change will be an important part of preparing and adapting in coming decades, she said, as will better public environmental education.

But rethinking the state’s dependence on water-intensive industries like mining, export agriculture, and ranching will also be critical, according to Lutz.

“Not doing (these things) will cost us dearly toward the end of the century,” she said.