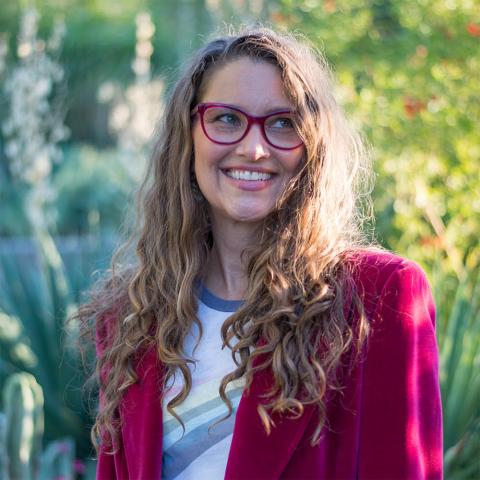 On this episode, we will talk briefly with the randomly selected winner of KJZZ’s third-annual Haiku Writing Contest.

Thanks to everyone who submitted a haiku to answer this year’s theme: What's new for you during the pandemic?

We catch up with some of the presenters who appeared virtually this year — about 12 months since the pandemic began.

Ashley Naftule works in marketing for Rio Salado College as a day job. He is also resident playwright and the Associate Artistic Director at Space55 theater in downtown Phoenix.

Katherine Lim has a deep interest in historical fiction with a book about Grace Kelly on the way. Her presentation was titled, “Queering History: Writing LGBTQIA Historical Fiction.”

She says in historical fiction about queer lives, a question that often arises is, “Is there any evidence that the character(s) are gay, or, if they are fictional, are their situations accurately portrayed?”

Cynthia Pelayo is an International Latino Book Award winning author. Her debut adult horror / thriller novel is entitled, “Children of Chicago,” and she presented a workshop called, “Folklore, Legend and Myth in Horror.”

We lead off the discussion talking about how the pandemic has influenced readers of the genre.

And then, Laura Lee Bond warms our hearts with a discussion about writing that developed out of being let go from a job during the Great Recession and how that experience translated into the recent release of a book of haiku and essays entitled, “The Love Around Us.”

Finally, we received nearly 550 entries last month, and I made a call to our randomly selected winner, Misako Yamazaki to congratulate her.

“Word” is going to take a spring break and we’ll be back in April with more discussion about the literary arts in Arizona and the region.

Thanks for supporting the podcast!

You’ve committed to ensuring this podcast about the literary arts in Arizona and the region has continued — now into its fifth season!

“Word” has grown as a direct result of your contributions to KJZZ.

If you’re already a member, THANK YOU!

If not, it’s easy to become one.

Please consider making a gift of $10, $20, maybe even $30 per month to help ensure this kind of programming reaches you and others!