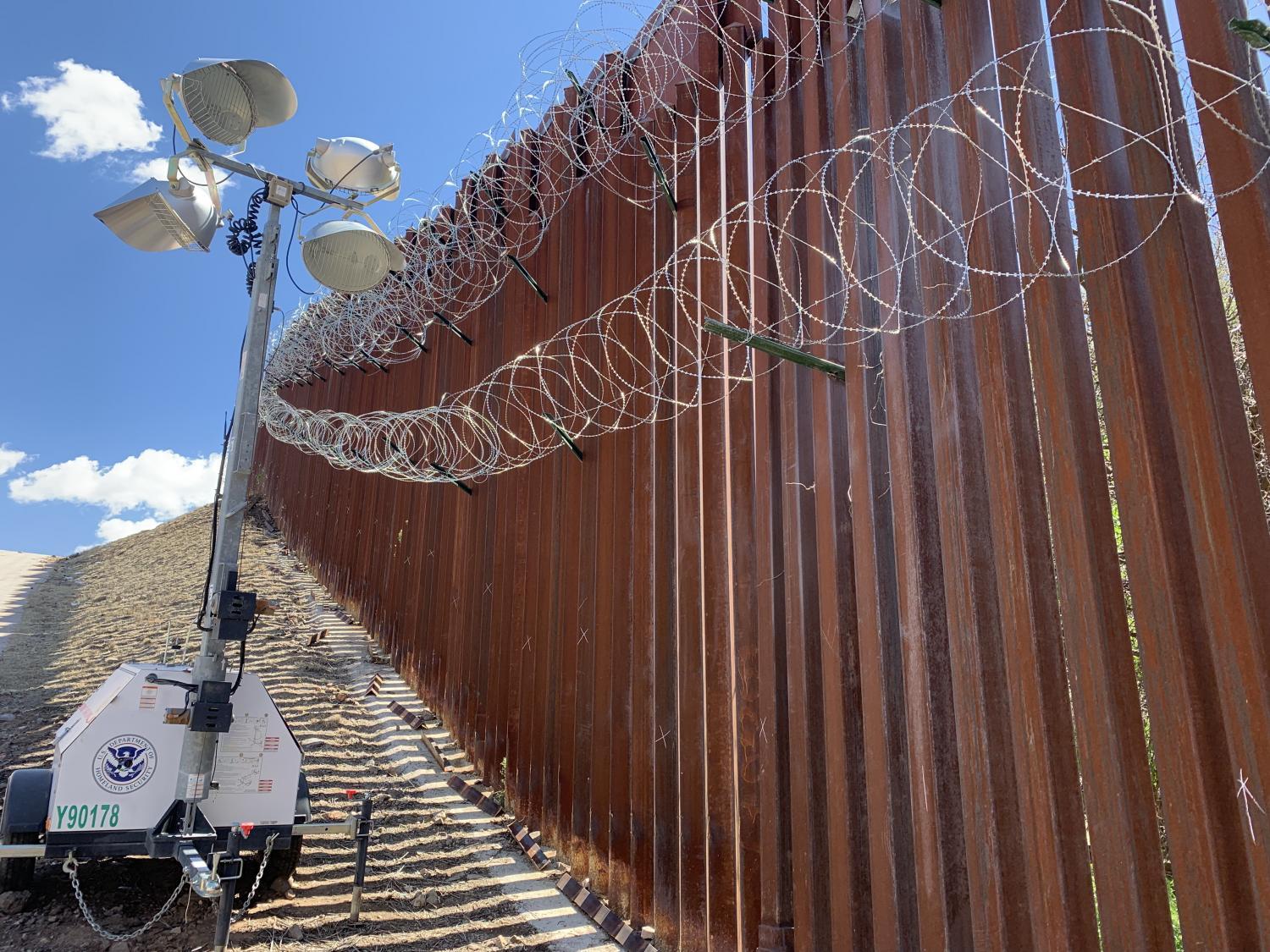 Michel Marizco/KJZZ
Concertina wire was welded to the U.S. Mexico border wall along urban swaths of the border region during the 2018 mid-term elections.

The Biden administration vowed to halt projects along the Mexico border implemented under former President Trump. But a new government contract reviewed by KJZZ shows one of the Trump administration’s most divisive projects in Arizona is continuing.

The federal government asked contractors to submit bids for maintenance of what it calls tactical infrastructure within the Border Patrol’s Tucson Sector. That includes repairing roads and lights installed along the border wall. It also includes repairing the concertina wire that the government installed on the border wall where it divides cities like Nogales from Mexico.

Nogales mayor Art Garino has protested the concertina wire welded to the border wall since it first went up during the mid-term 2018 elections.

"The thing is, so what happened to the order from the White House to stop construction of the wall?" Garino asked.

Under Biden, the wire will be replaced wherever it’s been damaged or stolen, according to the request for bids. Meaning, it’s here to stay.

KJZZ asked U.S. Customs and Border Protection for details on why it wants to keep the concertina wire up. A spokesman declined to respond.