Why 2020 Was A Stellar Year For Hunting Asteroids 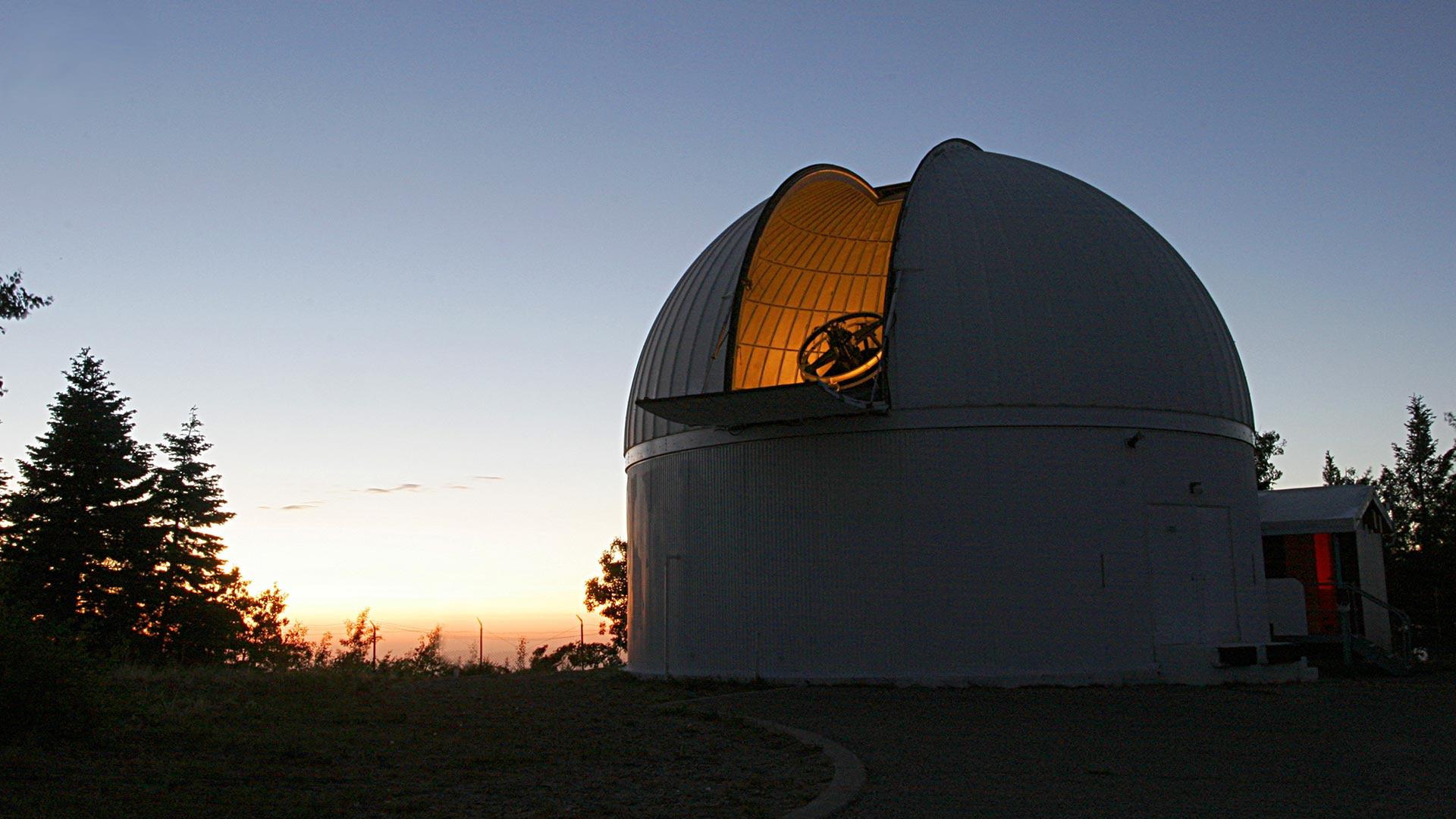 STEVE GOLDSTEIN: The pandemic has had a huge, negative impact on so many things in our everyday lives, but it doesn't seem to have had that effect on one particular profession: asteroid hunting. Even with the pandemic and wildfires that threatened telescopes and buildings, the Catalina Sky Survey at the University of Arizona had a successful 2020, especially when it came to seeing asteroids. Eric Christensen, director of the Catalina Sky Survey, is with me to talk about that. So, Eric, why was last year such a good one for your asteroid hunting?

ERIC CHRISTENSEN: Discovery rate of near-Earth asteroids is driven by the productivity of the ground-based surveys like Catalina Sky Survey. You know, we operate in southern Arizona, and we actually had pretty good weather for the most part in 2020. We did not have a strong monsoon season, so we were able to operate throughout the year. And despite the challenges of the pandemic and wildfires, we were able to continue our operations fairly smoothly.

GOLDSTEIN: But in that sense, it almost sounds simple that, you know, if you do get really clear skies, then you're able to see more things. And it's just lowest level. Is that a big part of it?

GOLDSTEIN: Can you just describe what an asteroid actually is?

CHRISTENSEN: An asteroid is a rocky body, typically, that orbits the sun. These are often leftover bits of the formation of a solar system. There are many asteroids that primarily orbit the sun between the orbits of Mars and Jupiter in the main belt. But sometimes those asteroids are perturbed into orbits that can cross the Earth's orbits, and those are considered near-Earth asteroids. Those are the asteroids that we are concerned with.

GOLDSTEIN: Considering what you and your colleagues at the Catalina Sky Survey do and how many you see, is there a way to estimate just how many near-Earth asteroids there actually are? Like, maybe some you didn't actually be able to catch because certain years the weather doesn't agree with you.

CHRISTENSEN: Well, our telescopes are sensitive to objects that are nearby. And when I say nearby, I typically mean, you know, it could be millions of miles away still and be considered nearby. We sometimes use the distance — the average distance from the Earth to the Moon as kind of a yardstick. So that's about a quarter million miles. So if something comes within a few lunar distances, that could be millions of miles away but still be considered a close approach. It's also important to realize that, as I mentioned, there are tens of millions of near-Earth asteroids, most of which are quite small. Those small ones come very close, and they impact the Earth on a regular basis. The larger you get, the less frequently an asteroid will impact the Earth. But for a, say, 20-meter asteroid, that's going to impact every few decades. A 100-meter asteroid will impact every few thousand years.

GOLDSTEIN: Not to ask you an Orson Welles, "War of the Worlds" kind of question, but what, you say high impact, but what [would] high impact potentially be?

GOLDSTEIN: Do you pay attention to science fiction at all and when you hear certain things, are the things that you think, "OK, I could see that." And other things you just shake your head, that , you know people just don't understand?

CHRISTENSEN: Well, I enjoy a good science fiction tale as much as the next person.

CHRISTENSEN: Especially one involving asteroids or comets or, you know, the end of the world as we know it. It's interesting to see Hollywood's take on disasters and the sort of the actual science behind disasters. Obviously, that, the science, often gets stretched. However, it's interesting to note that ... a blockbuster Hollywood movie will cost hundreds of millions of dollars to produce and perhaps bring in hundreds of millions or a billion dollars in revenue. The money that is allocated to actually search for nature of asteroids is, is measured in tens of millions of dollars every year. So, you know, there's a little bit of a disconnect between the funding levels for entertainment around asteroids and the actual work that goes into finding them.

GOLDSTEIN: Was there something that drove you specifically to want to, to do this? I hate to call you an asteroid hunter, unless that's OK to call you that, but in terms of what it is you do, how did that passion come about? Why did you decide to do this?

CHRISTENSEN: It was a combination of sort of following my interests and some amount of luck and just, just a real enjoyment of observatories and observatory environments and telescopes. Observatories are located in some of the most beautiful places in the world. And I just find observatory is fascinating in terms of not only their mission to understand the science and the universe, but also just the fact that you have — you put these very delicate, very perfectly balanced machines on the tops of mountains in very extreme conditions. And so you've got this, these massive industrial installations that are also very delicate and precise. So the fact that I'm able to use telescopes and observatories to search for asteroids — it's just, you know, I just feel very fortunate to be able to do such a thing.

GOLDSTEIN: Eric Christensen is director of the Catalina Sky Survey, part of the UofA's Lunar and Planetary Laboratory.