As A New Blue Is Discovered, ASU Professor Details History Of The Color Blue 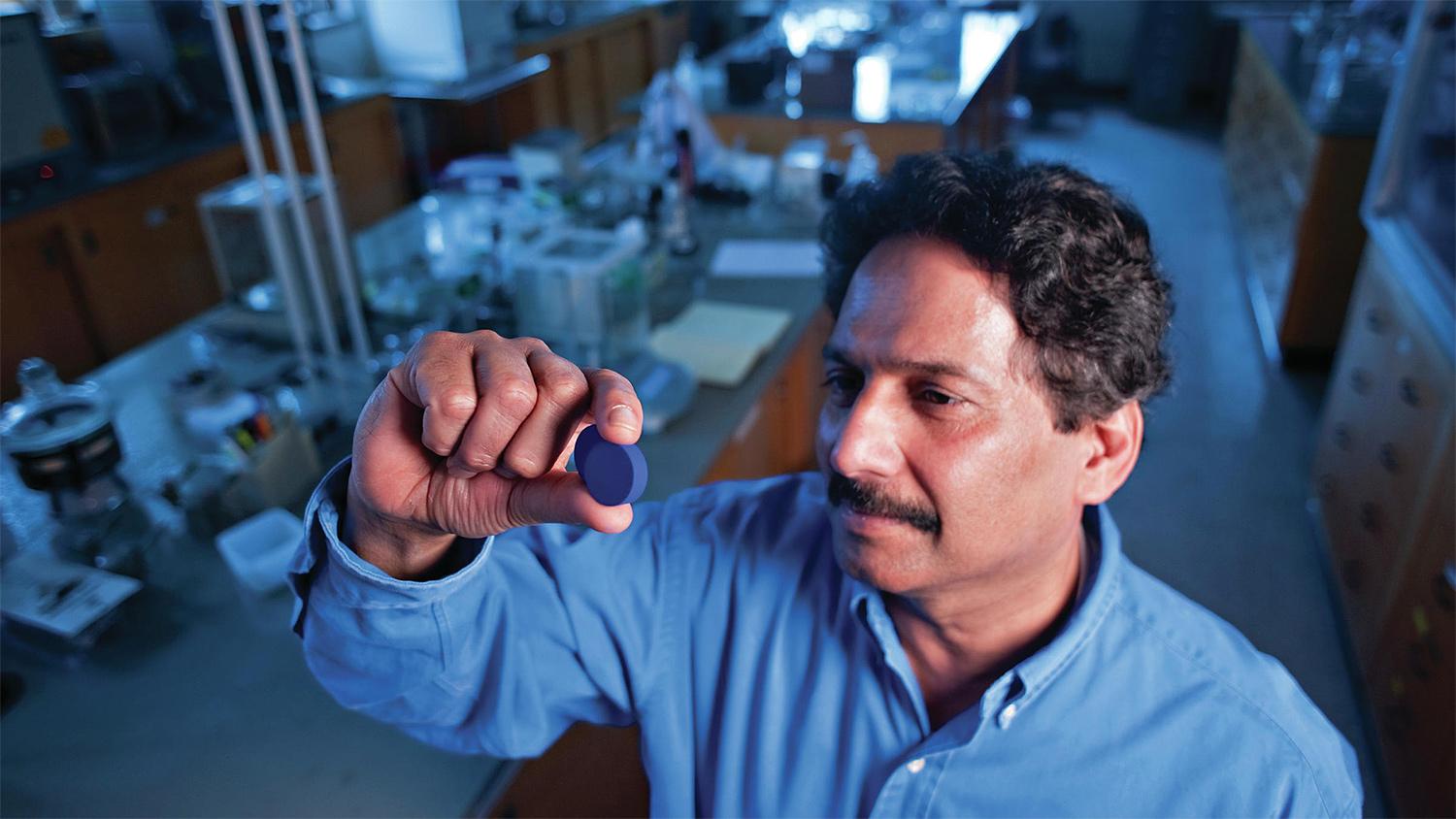 MARK BRODIE: Every one of us experiences the color blue on a regular basis; living here in the desert, we can often just look at the sky to see it. But some shade of blue is also found in our homes, workplaces and cars, along with natural settings. And recently, a new pigment of blue was discovered. It’s being called YInMN, and it's already moved into the mainstream with representation in crayons and paint. My co-host Steve Goldstein spoke with ASU Associate Professor Theresa Devine, who has a background in color theory, about the new blue and the history of other blues. He began by asking her to describe YlnMN.

THERESA DEVINE: It looks like an electric blue and it kind of glows — it's almost as if it has lead in it, although I don't think it does. And so it was, it was discovered by accident by these professors and at Oregon State University. And so that kind of caused a bit of a reaction in the community that, "Oh, my gosh, we've got a brand new color and it made it into the crayon box." And that gave it a little bit more of cachet, if you will. 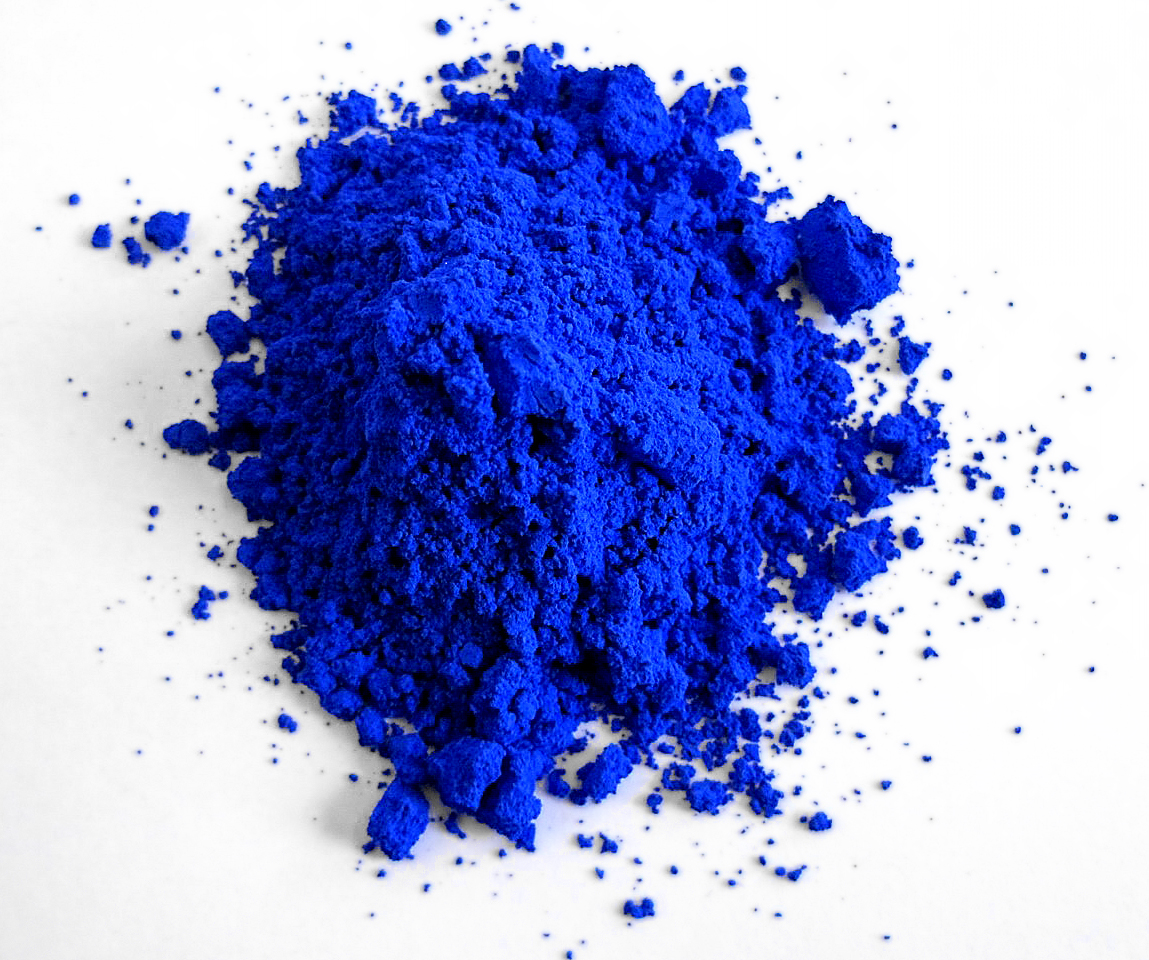 STEVE GOLDSTEIN: We can start off with how blue was first discovered, and even, were there certain associations people made with blue?

DEVINE: So it was first mined in Afghanistan. And that's the, the blue that was is known as the true blue. It came from a mineral called lapis lazuli. And it was very, very expensive and the Egyptians coveted it, and it was so — it's been used by royalty. And so Egyptian blue came out of this because they couldn't quite figure out how to create a blue pigment from lapis lazuli. So they need a new kind of blue out of limestone. And so that's what they used to, to make their glass blue — the artifacts that we find. Funerary mask of King Tut has this Egyptian blue as well. The color blue still has signified wealth and abundance and fertility.

GOLDSTEIN: If I may jump ahead, even just in terms of the, the evolution in Renaissance period or even medieval period, did the meaning of blue, did, did it — was it still associated with those same things or did there, did it evolve to some extent?

DEVINE: Around the year 400 or so, the Catholic Church decided to color code all the Saints, and so Mary was given blue. And so that's how blue kind of became — it stood for innocence and trustworthiness. And actually, that's why Navy blue was picked up, because the original Mary blue was actually what we now call Navy blue. And so the military picked it up for that same kind of essence of trust. It's also been used like, in the Jewish tradition, that same blue, to symbolize divinity. The same kind of meaning is also found in Africa, where it says you're closer to the divine. And so that's why throughout Africa, you'll see if you travel through Ghana and other places, you'll see people wearing a navy blue sort of garments. And this is why, or this is one of the reasons why. This also kind of refers to an equilibrium, you know, because it's kind of a hue between white and black and day and evening — it's, it's considered to be, to have that kind of quality.

GOLDSTEIN: If we think about the, the meanings that we've taken from, from blue and how it's been put into our vocabulary to, you know, someone has the blues or, you know, obviously the musical genre of, of, of playing the blues or blue can be associated with being down or depressed, can that be associated with the color the same way some of these other ones were, or do you feel like that's a leap?

Oregon State University
The YInMn blue pigment was used to color the body of this Fender guitar in Australia.

DEVINE: Well, I've heard that theory before, but I would lean more towards the blues, the meaning coming from Africa in that it's considered to be closer to the divine, closer to God. And so if you listen to like their early music from the slaves, from the plantations, it's about being closer to God. And so I know, I think this idea that it could be about depression and things like that, I see, I see why people think that. But I also think a history is getting lost. We need to really examine all of the history if we're looking for meaning.

GOLDSTEIN: Are there other periods of time that indicated the power of blue as a color in art and elsewhere? 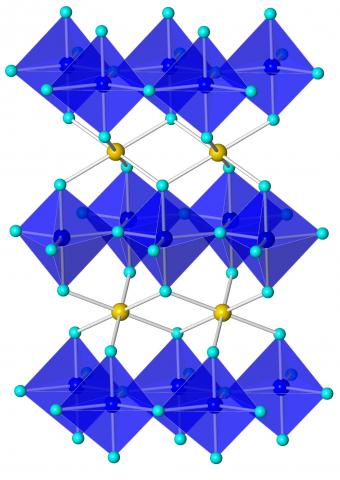 Oregon State University
Diagram of the crystal structure of the YInMn blue pigment.

DEVINE: I think as the modern period kind of approached, people started to realize that things meant what they meant within a context. And so this idea that we assign meaning to colors like yellow being happy and red being angry and blue being depression, that kind of all disappeared or was usurped by another theory that Joseph Albers came up with. And he was in the Bauhaus and then he came here to the United States after, after the war, which a lot of people did. And he taught here. And, so what his theory was about, it was about color in general. Depending on how you use it, you can make it look like another color. You can make it look like two colors. You can make it completely opposite from what it is. And it really just depends on the context. So that idea of context was something that the modern painters and I guess sculptors did explore, but that has now translated into an approach to making art that's all about context. We can't assign something a meaning anymore. Meaning is created by the context of the thing where it's actually created, who created it, what the intention of the artist was. Were they successful in conveying what their intention was? So that's why, you know, when you talk about this new blue, I'm just, I kind of giggle a little bit because, you know, it's just a, as a new tool in our toolbox. And it's just the electric, electric blue that looks like the most hot part of the flame on a gas stove, if you will. When would you use that blue? In my mind, as an artist, I go into that place where, when would it be appropriate to use it? And what would I surround it with and, and what could it mean?

GOLDSTEIN: Theresa Devine is an associate professor at ASU's New College of Interdisciplinary Arts and Sciences.