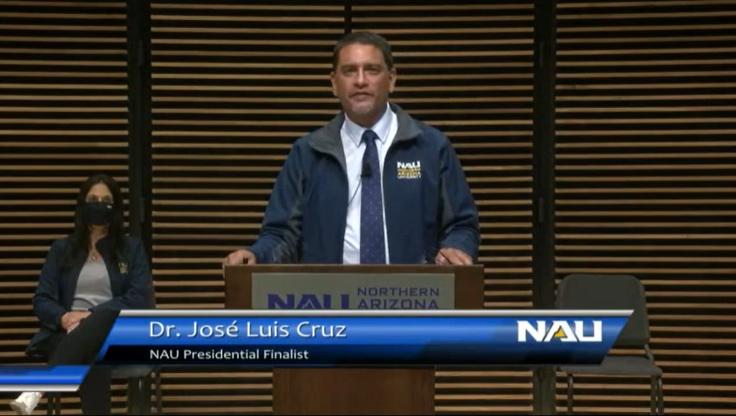 The Arizona Board of Regents has named a finalist in its search for the next president of Northern Arizona University.

The board has selected José Luis Cruz, who is currently the executive vice chancellor and the university provost at the City University of New York.

He gave a virtual address to the NAU campus on Friday and said under his leadership, the university would continue to focus on student success.

“I am going to hit the ground learning by investing time in listening to you in the weeks and months ahead," Cruz said. "I want to learn from you as we build together on the fabulous legacy at this vital institution, an institution that for 120 years has seen as its mission one, of being student-centered and one, of helping others fulfill their full potential.”

Cruz said that prioritizing student success is the foundation of a good university.

“A university’s focus on the success of its students not only establishes it as an engine of opportunity but also a vehicle of upward mobility and a driver of transformative change," Cruz said. "Hence why I have dedicated my professional career to advancing the tenets of educational equity and inclusive excellence.”

The Board of Regents says it will work to approve contract terms and appoint Cruz as NAU’s president at a subsequent meeting. Cruz would replace Rita Cheng, who was named president in 2014 and announced last year that she’s stepping down.