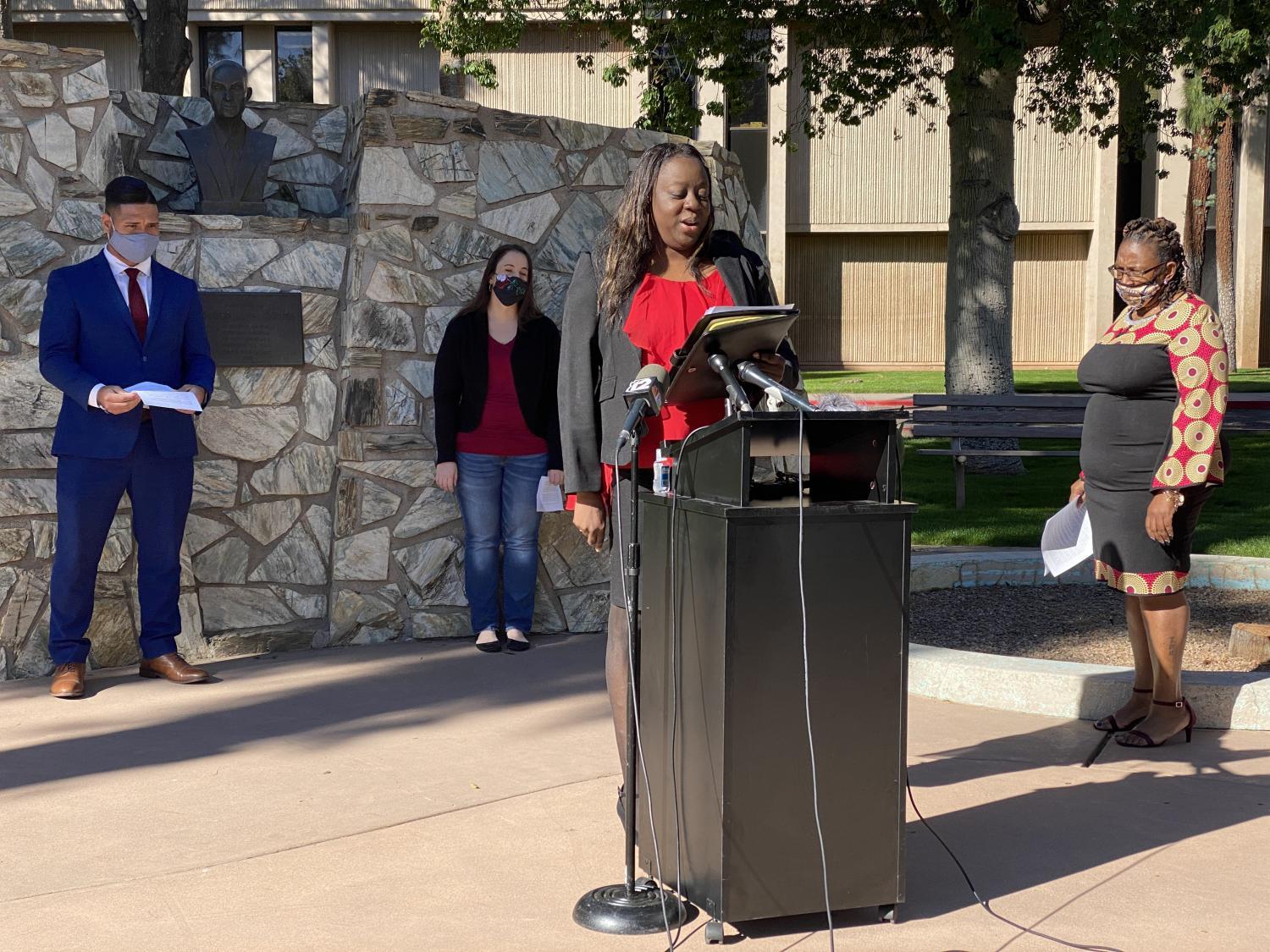 Rocio Hernandez/KJZZ
Tempe Union High School District Governing Board member and Save Our Schools Arizona board member Berdetta Hodge is speaking against a school voucher bill by state Sen. Paul Boyer at a Feb. 18, 2021, press conference.

The bill by State Sen. Paul Boyer would expand program eligibility to low-income children such as those who receive free and reduced lunch. Other children that schools that qualify for a Title I schoolwide program, a designation given to schools where at least 40% of students are eligible for free or reduced lunch, and children that receiving Title I targeted assistance services because they are failing or at risk of failing to meet the state's academic standard would also be eligible for the program under Boyer's bill regardless of their families economic status.

“Fighting for civil rights means making every public school and every student a winner, not by manipulating with vouchers to create winners and losers," Hodge said.

If the bill passes, it's estimated that it would make at least 800,000, or nearly three-quarters of Arizona's public school students, eligible for the program known as Empowerment School Account. Currently, the program is limited to students as such those with disabilities, live in Indian reservations, attend a D- or F-rated school or a siblings of current recipients. Approximately 256,000 current public school students are eligible for ESA under existing standards, according to the bill's fiscal note.

Tamara Durot, a parent of students in the Kyrene School District, fears the bill could create a cycle where public schools are left with less money to work with, leading to more families leaving the system. If schools are dismantled in the name of school choice, it will result in some students being left behind, she said.

“When politicians say they are pro-education but they support programs like this and other ways to pull funds from public education into private ones, what they support is an education system where someone can make a profit off our children," she said.

The event was put on by the Arizona School Boards Association, which has long opposed voucher programs, and Save Our Schools Arizona, the nonprofit organization that defeated a 2018 attempt to make Arizona’s voucher program universal. The organization vows to do it again if this bill passes.